Two passengers suffered minor injuries from needles found in the meat of sandwiches served aboard four Delta Air Lines flights from Amsterdam to the United States Sunday, federal officials report. And the FBI is now investigating those incidents.
The sandwiches were served to business class passengers, crew members and government employees flying from Amsterdam to the United States. 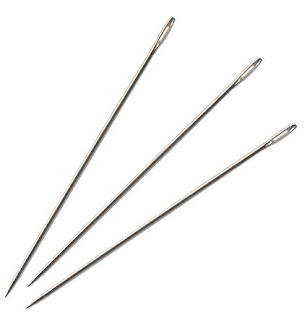 At least one batch of 17 sandwiches appeared to be made by a U.S. company based at Amsterdam's Schiphol airport. Those sandwiches were served board Delta's flight to Minneapolis-St. Paul Sunday afternoon.
Two passengers aboard the flight found needles in their sandwiches, officials confirmed. The sandwiches were turned over by Delta to Customs and Border Patrol.
Two passengers sustained minor injuries after biting into the sandwiches and CBP officials found a third needle after confiscating the sandwiches, according to an official report.
According to Delta, the contaminated sandwiches were turkey sandwiches that were served in the business elite cabin to a small number of passengers. Since the incident, turkey sandwiches have been removed from flights out of Amsterdam and have been replaced by pre-packaged pizza, Delta said.
READ THE FULL STORY HERE
Posted by Steve Douglass at 6:50 AM