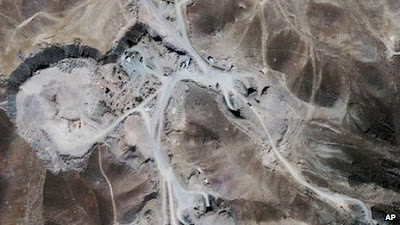 Iran has said it plans to carry out uranium enrichment there - but insists this is for purely peaceful purposes.

The West argues Tehran is building a nuclear weapons capacity. The US called the work at Fordo a "further escalation" in the dispute.

The existence of the facility near Qom, in the north of the country, only came to light after it was identified by Western intelligence agencies in September 2009.

Tehran said it began the project in 2007, but the IAEA believes design work started in 2006.

It is underground, heavily fortified and protected by the armed forces - making it a very difficult target for air strikes.

The US and Israel have refused to rule out attacks on Iranian facilities.

On Monday a spokeswoman for International Atomic Energy Agency (IAEA), Gill Tudor, said the agency could "confirm that Iran has started the production of uranium enriched up to 20%".

She added that "all nuclear material in the facility remains under the agency's containment and surveillance".

In Washington, state department spokeswoman Victoria Nuland said such a level of enrichment was "a further escalation" of the Iranians' "ongoing violations with regard to their nuclear obligations", and suggested "a different kind of a nuclear programme".
Posted by Steve Douglass at 3:02 PM No comments:

Breaking with its recent past, Bell Helicopter plans to produce its next new commercial helicopter, code named Magellan, at its military aircraft plant in Amarillo.

The decision to build the new aircraft model in Amarillo, rather than at Bell's commercial aircraft production facilities in Mirabel, Canada was announced today in an email to employees from Bell CEO John Garrison.

Bell manufactures gear boxes, rotorblades and other commercial aircraft components in Fort Worth.

Magellan is Bell's program to develop a new medium capacity helicopter, probably capable of hauling about 15 people and with long-range capacity to get to offshore oil rigs. The company officially launched the program a year ago, with no fanfare, but is expected to detail the aircraft's projected capabilities at the annaul Heli Expo trade show that will be held in Dallas next month.

The following is the text of Garrison's message:

Following a company-wide assessment to determine the best use of our production facilities to meet all of our future requirements, we have decided to conduct final assembly, production test flight and delivery of the Magellan aircraft at our Amarillo, Texas facility.

Amarillo was selected principally based on capacity. Our operating plans call for commercial aircraft production in Mirabel to continue to ramp sharply in the years ahead in anticipation that the commercial market will return to growth in the near future, while military production in Amarillo is projected to decline with lower V-22 requirements with the second multi-year contract.

Cross-leveling our capacity in this case to support our balanced business requirements is the best solution for the company as a whole, ensuring that all our production centers remain engaged, and driving lowest overall costs in order to remain competitive in both our commercial and military markets.

In a company memo circulated to its employees in January 2011, Bell officially acknowledged Magellan and said it was a follow-on to “Project X.” Many observers believe the rotorcraft builder is working on a medium-twin helicopter to replace the venerable 412–whose basic airframe dates back to the early 1960s and the single-engine UH-1 Huey–and that this new twin would be aimed primarily at the superheated deepwater offshore oil-and-gas market but has both civil & military applications. 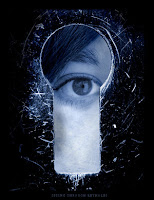 TEHRAN, Iran (AP) — An Iranian court has convicted an American man of working for the CIA and sentenced him to death, state radio reported Monday, in a case adding to the accelerating tension between the United States and Iran.

Iran charges that as a former U.S. Marine, Amir Mirzaei Hekmati received special training and served at U.S. military bases in Iraq and Afghanistan before heading to Iran for his alleged intelligence mission. The radio report did not say when the verdict was issued. Under Iranian law, he has 20 days to appeal.

The 28-year-old former military translator was born in Arizona and graduated from high school in Michigan. His family is of Iranian origin. His father, a professor at a community college in Flint, Michigan, has said his son is not a CIA spy and was visiting his grandmothers in Iran when he was arrested.

His trial took place as the U.S. announced new, tougher sanctions against Iran over its nuclear program, which Washington believes Tehran is using to develop a possible atomic weapons capability.

Iran, which says it only seeks nuclear reactors for energy and research, has sharply increased its threats and military posturing against stronger pressures, including the U.S. sanctions targeting Iran's Central Bank in attempts to complicate its ability to sell oil.

The court convicted him of working with a hostile country, belonging to the CIA and trying to accuse Iran of involvement in terrorism, Monday's report said.

In its ruling, a branch of Tehran Revolutionary Court described Hekmati as a mohareb, an Islamic term that means a fighter against God, and a mofsed, or one who spreads corruption on earth. Both terms appear frequently in Iranian court rulings.

In a closed court hearing in late December, the prosecution asked for the death penalty for Hekmati.

The U.S. government has called on Iranian authorities to grant Swiss diplomats access to him in prison. The Swiss government represents U.S. interests in Iran because the two countries don't have diplomatic relations.

Hekmati is a dual U.S.-Iranian national. Iran considers him an Iranian since the country's law does not recognize dual citizenship.

His father, Ali Hekmati, and family friend Muna Jondy, an attorney who has been speaking on behalf of the family, did not immediately respond to emails and phone messages left at their offices before business hours Monday morning.

Similar cases against Americans accused of spying have heightened tensions throughout the years-long standoff over Iran's nuclear program.

Iran arrested three Americans in July 2009 along the border with Iraq and accused them of espionage, though the Americans said they were just hiking in the scenic and relatively peaceful Kurdish region of northern Iraq.

READ THE FULL STORY HERE
Posted by Steve Douglass at 9:54 AM No comments:

Sami Osmakac, a 25-year-old naturalized American born in Kosovo, planned a car bombing that would be followed by hostage-taking and the explosion of a suicide belt he planned to wear, according to a criminal complaint made public Monday.
"We all have to die, so why not die the Islamic way?" Osmakac allegedly told an undercover FBI employee, according to the complaint.

The federal investigation of Osmakac began in September when a "confidential human source" told the FBI that Osmakac, a resident of Pinellas Park, Florida, "asked for al Qaeda flags," the complaint said.

A law enforcement official, who asked not to be identified because the official was not authorized to talk about the probe, said the suspect does not appear to have any ties to al Qaeda, and early information indicated he was "self-radicalized."
"I don't have any indication anyone else was involved in the plot and pushing this," the official said.

By November, the suspect was discussing potential terror targets in Tampa and asked for the confidential source's help in getting guns and explosives for the attacks, the complaint said.

The government's source introduced Osmakac to an undercover FBI employee, which led to a December 21 meeting during which the suspect said "he wished to acquire an AK-47-style machine gun, Uzi submachine guns, high capacity magazines, grenades and an explosive belt," the complaint said. He later allegedly gave the FBI employee a $500 down payment for the weapons, it said.

"The explosives and firearms that he allegedly sought and attempted to use were rendered inoperable by law enforcement and posed no threat to the public," the government said.

Osmakac, in a New Year's Day meeting with the undercover FBI employee, outlined his plot, it said. His alleged bomb targets were "night clubs in the Ybor City area of Tampa, the operations center of the Hillsborough County Sheriff's Office in Ybor City and a business in the South Tampa area of Tampa," the government said.
After the car bombing, he would retrieve guns and explosives stashed in a Tampa hotel room to begin the second phase of his attacks, the complaint said.

He told the FBI employee that "he wanted to use the explosive belt to 'get in somewhere where there's a lot of people' and take hostages," the complaint said. He would then demand that the FBI "release some prisoners," it said.

"Once I have this ... they can take me in five million pieces," he allegedly said, "an apparent reference to the explosive belt that would be attached to his waist," the government said.

FBI agents arrested Osmakac Saturday night, just after he "made a video of himself explaining his motives for carrying out the planned violent attack," the government said.

READ THE REST OF THE STORY ON CNN
Posted by Steve Douglass at 9:48 AM No comments: