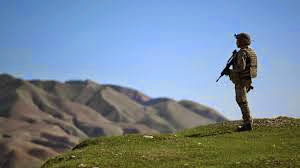 WGAL: The Taliban have seized Kandahar, Afghanistan's second-largest city, and a number of other provincial capitals, as the insurgent group accelerates its rapid advance towards the capital Kabul.

Afghan Member of Parliament Gul Ahmad Kamin told CNN on Friday that Kandahar had been taken. The city, which lies in the south of the country, has been besieged by the Taliban for weeks, and many observers consider its fall as the beginning of the end for the country's U.S.-backed government.

Later on Friday the militants took charge of a handful of other cities. According to CNN analysis they now control 17 of Afghanistan's 34 provincial capitals, all of which have been captured in the last week.

The group has made territorial gains in the north of the country, which has traditionally been an anti-Taliban stronghold. And it now controls towns and territories within 62 miles of Kabul, including the capital of Logar province, which also fell on Friday.

In a statement Friday, the Taliban said they had taken control of the governor's office, police headquarters, as well as other key operational centers throughout the city of Kandahar. "Hundreds of weapons, vehicles and ammunition were seized," the Taliban statement said.

Kamin said he and many others had made their way to a military base close to the city's international airport and were awaiting a flight out. "Many (government) soldiers surrendered and the rest fled," Kamin said.

Kamin had earlier told CNN that Taliban fighters had been able to break through the city's frontline and were engaging in sporadic confrontation with government forces.

Kandahar, which lies on the junction of three major highways, is of particular strategic importance and was formerly a major hub for U.S. military operations. Its seizure marks the most significant gain yet for the Taliban.

Elsewhere on Friday, the government lost control of the nearby capital of Urozgan province, Tarin Kot.

A local journalist told CNN that the governor's office, police headquarters and the central jail were now in the Taliban's hands. The journalist said the city had fallen to the Taliban without any fighting as tribal elders had decided not to resist their advance.

Afghan news network TOLO quoted the governor of Uruzgan, Mohammad Omar Shizad, as saying that after days of fighting around the city, the elders had urged him to cease fire because of the likely damage of further combat.


The vast majority of the Taliban's territorial gains have come since the withdrawal of American forces, which began in May and is scheduled to be completed by late August.

A senior administration official familiar with the most recent U.S. intelligence assessment on Afghanistan told CNN Wednesday that Kabul could fall into the hands of the Taliban within 30 to 90 days.
Taliban makes rapid gains

The city of Herat, Afghanistan's third-largest city and a major urban center in western Afghanistan, fell to the Taliban on Thursday evening local time, with the group taking control of the governor's office and Herat police headquarters, according to Afghan officials.
'We should be concerned': ﻿Top US general in Afghanistan says ﻿about Taliban

The head of the Herat Provincial Council, Kamran Alizai, said Friday the whole city, except the army corps base, had been seized. Another provincial council member from Herat who did not want to be named said that the Taliban broke into the Herat prison, freeing a large number of inmates.

The city of Ghazni, a key provincial capital on the road to Kabul, also fell to the militant group earlier on Thursday, after "long and intense fighting," according to Nasir Ahmad Faqiri, head of Ghazni provincial council.

Ghazni lies around 93 miles south of Kabul, on a major highway connecting the capital with Kandahar.

With the capture of Ghazni, the Taliban is now in control of key locations both to the north and south of Kabul. Their earlier capture of areas of the Baghlan province, which lies to the north of Kabul, raised alarms among U.S. officials because the location is considered essential for the defense of the capital.
Posted by Steve Douglass at 1:35 PM No comments: