Posted by Steve Douglass at 9:05 PM No comments: 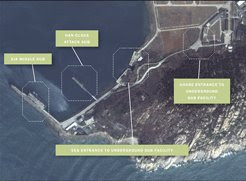 How the U.S. digs up intelligence on underground sites
By Jeffrey T. Richelson
August 01, 2008

In late May 1991, a few months after Iraq’s loss in the Persian Gulf War, four Iraqis drove up to a U.S. Marine checkpoint in the Kurdish north of Iraq, near the town of Dohuk. One occupant claimed to be Saddam Hussein’s top nuclear scientist. The U.S. whisked him away to Turkey and then Munich for debriefing, during which he claimed that the coalition bombing campaign had missed a number of key facilities, including a large underground uranium enrichment facility inside a mountain north of Mosul.

Like many defectors, he was not exactly telling the truth. He was not Saddam’s chief nuclear scientist, but a physicist who had worked at the Ash Sharqat facility, home to a calutron, a World War II-era device for enriching uranium. There was no sophisticated, secret underground uranium enrichment facility.

Not all reports of underground facilities are the figment of someone’s imagination, which is why in 1997, then-Director of Central Intelligence George Tenet ordered the Defense Intelligence Agency to establish the Underground Facilities Analysis Center (UFAC). There, the motto is “unearthing the truth in defense of our nation.” Its logo shows a sword crossed with a pick laid on top of an image of the Earth. To give the analysts at UFAC more to go on, the U.S. is working on technologies to study underground facilities in greater detail from the air and space and with seismic sensors.

A May 2000 Air War College paper raised the possibility of equipping a UAV with a gradiometer, a GPS receiver and a means of transmitting the gradiometer data to an airborne or space platform. Gradiometers measure the slight changes in the Earth’s gravitational tug when dirt, rock, ice or water are moved around. The gravity maps, or gradients, they produce have been employed by the U.S. Navy’s submarine force to stealthily detect underwater obstacles.

If a country were to dig tunnels through a mountain the gravity gradient would reveal the presence of cavities. The paper noted that the “ability to program a UAV to autonomously accomplish such a mission, from take off to landing, is feasible and in fact serves as the fundamental concept for the Air Forces’ Global Hawk UAV.”

Read the full story at: http://www.c4isrjournal.com/ or click on the link under Topical Links
Posted by Steve Douglass at 4:20 PM No comments:

Posted by Steve Douglass at 4:02 PM No comments:

U-2ube: Tribute to the U-2 Dragonlady.

Posted by Steve Douglass at 3:47 PM No comments: 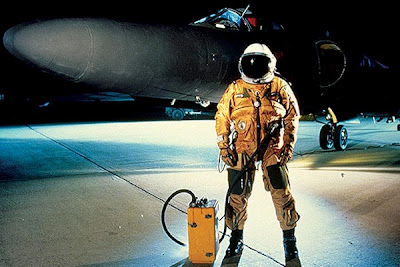 
Amy Butler and David A. Fulghum


The U.S. Air Force is considering – once again – delaying the retirement date for its workhorse intelligence collector, the U-2 Dragon Lady, as developers work out issues with integrating a signals intelligence payload onto the Global Hawk unmanned aerial vehicle (UAV), according to service officials.

The current plan calls for the completion of U-2 retirement in the third quarter of fiscal 2012. But the Pentagon is considering delaying the retirement to fiscal 2014 or possibly later, depending on the maturity of the Global Hawk. And retiring a mainstay intelligence collector like the U-2 during wars that require massive amounts of sensor data is also unlikely, according to one USAF official.

The USAF has wrangled for years with various dates for U-2 retirement. Earlier plans called for the retirement to start as soon as FY ’07. But the date has continually slipped. Regional commanders such as in the Pacific realm rely heavily on the U-2. Key advantages of the aircraft over the Global Hawk include higher altitude (above 70,000 feet) and more available onboard power to run a larger selection of intelligence-gathering sensors.

The U-2 can collect data from all seven of its available bands (versus the Global Hawk’s five) simultaneously. They include green, red, near infrared (visible), two shortwave infrared bands and a midwave infrared (which can be tuned to day or night collection). The seventh band is a redundant, midwave thermal infrared channel. The shortwave bands collect images in the invisible reflected solar wavelengths and are most useful in detecting objects in adverse conditions such as haze, fog or smoke.

The latest variants of the decade-old U-2S (part of the U.S. fleet of 33 remaining Dragon Ladies) also carry the Advanced Synthetic Aperture Radar System (ASARS) 2A designed by Raytheon (originally for mapping) that’s so sensitive it can detect disturbed earth in areas where explosive devices and mines have been planted.


Read the rest of the story at aviationnow.com
Posted by Steve Douglass at 3:34 PM No comments:

Anatomy of A Mid-Air Collision

Pilot errors led to the Feb. 20 mid-air collision of two F-15C Eagles over the Gulf of Mexico and the death of one of the pilots, an Air Force accident investigation board concluded in a report issued Monday.

To view computer simulations of the mid-air collision refer to the 2 links under Topical Links.

Lost in the accident was 1st Lt. Ali Jivanjee, 26, of the 58th Fighter Squadron, Eglin Air Force Base, Fla. The other pilot, Capt. Tucker Hamilton of the 58th, safely ejected and was rescued from the gulf. He returned to flying within weeks of the accident. Today he is assigned as an air liaison officer working with the Army.

Rules for the engagement required the pilots to stay at least 1,000 feet from each other, Reynes said. But as they maneuvered for the best position, Hamilton failed to recognize that Jivanjee was on a collision course with his jet. Jivanjee lost sight of Hamilton’s jet for two seconds when his view of jet was blocked by a metal canopy support. When Jivanjee likely spotted Hamilton again, the jets were just two seconds from flying into each other at an altitude of 14,000 feet. The impact killed the lieutenant instantly.

The board ruled that the grounding — and the loss of flying time for Hamilton and Jivanjee that it caused — did not officially contribute to the accident.

At the time of the crash, Hamilton was not certified as an instructor pilot, but he was qualified to lead the mission, Reynes said. Hamilton had logged 484 hours in F-15s and was approved as a four-ship flight lead. In 2007, he was the 58th’s company grade officer of the year.

Jivanjee was a new F-15 pilot with just 119 hours in Eagle cockpits but considered an “above average” pilot for an aviator with less than one year of operational flying.

Both pilots had spent most of November and December on the ground as they waited for Air Force leaders to decide if Eagles were safe to fly after a cracked fuselage beam led to the mid-air breakup of an F-15C on Nov. 2.

After the jets were cleared to fly starting Jan. 10, the pilots resumed flight training. In the 30 days prior to the accident, the officers flew more sorties than required by the Air Force’s “ready aircrew program,” the report said.

But the board acknowledged the pilots had not reached the skill level they had prior to the grounding. Their squadron commander, Lt. Col. Todd Jaax, told investigators that the unit’s pilots had lost proficiency and were more apt to make mistakes.

Jivanjee made such a mistake the day before the fatal mission while practicing fighter maneuvers. He flew his F-15C within 300 feet of another Eagle, a violation of training rules, the report said. While the first lieutenant discussed the lapse with his instructor for that mission, the violation was not serious enough to be briefed to Hamilton or the squadron’s leadership.

Reynes said Jivanjee’s mistake was the first serious error noted by the lieutenant’s commanders since he arrived at the 58th. “It was the only time we could find in his training that he had a close pass,” Reynes said.

As part of its investigation, the Air Force created computer animations showing what each pilot may have seen in the 50 seconds leading up to the accident, based on information from the jets’ flight data recorders. The videos also show each jet’s altitude, speed, angle of attack and G-force on the plane. The information for Hamilton’s plane is displayed as AXLE-41, his flight call sign. Jivanjee’s data is shown as AXLE-42.
Posted by Steve Douglass at 12:12 PM No comments: