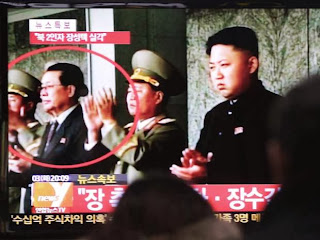 BBC: The once-powerful uncle of North Korean leader Kim Jong-un has been executed after being purged for corruption, state news agency KCNA reports.


Chang Song-thaek was dramatically removed from a Communist Party session by armed guards earlier this week.

He was accused of forming factions against the state, corruption and "depraved" acts such as womanising and drug abuse.

It was the biggest upheaval since Mr Kim succeeded his father two years ago.