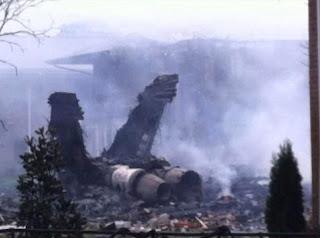 By Ian SimpsonWASHINGTON, July 2 (Reuters) - The Navy on Monday blamed a
rare two-engine mechanical failure for the April crash of
an F/A-18D fighter into a Virginia apartment complex that caused
minor injuries.


An investigation of the crash, on April 6 in Virginia Beach
just over a minute into a training flight, showed that the right
engine compressor stalled and the left afterburner blew out,
said Rear Admiral Ted Branch, the Atlantic naval air commander.

The root cause of the crash remains under investigation but
may never be known since many parts were destroyed in the crash
and a subsequent fire. A leaking fuel cap is a possible culprit,
he said.

"We are very confident we can continue to operate the F-18
and fly it safely and effectively, not only here in Virginia
Beach but around the world
Posted by Steve Douglass at 1:54 PM No comments: 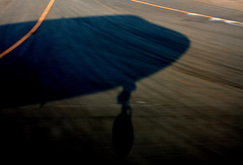 (CBS News) There are reports of concern over another terror plot involving Al Qaeda targeting a U.S. airliner.
Sources say that the bomber that Al Qaeda in the Arabian Peninsula (AQAP) has recruited is a Norwegian convert to Islam, who is believed to be in his thirties, with no criminal record.
The Times of London reports that the airliner attack is believed to be timed to the upcoming Olympics, though a U.K. intelligence official told the paper that the plot would be pursued regardless of the London Games: "The only thing that connects this to the Olympics is the fact that they are about to happen," the official said.
An earlier AQAP plot to blow up a plane was foiled two months ago when a man working with British intelligence infiltrated the group and volunteered to be a suicide bomber - then delivered the bomb to intelligence officials.
CBS News senior correspondent John Miller, a former Deputy Director of National Intelligence, said that despite foiled bomb plots targeting airliners, al Qaeda has not lost its fascination with commercial aviation - and that AQAP (al Qaeda's branch based in Yemen) has been specifically assigned to find a way to blow up a U.S. plane.
"They were the architects of the first underwear bomb, they were the architects of the ingenious printer bomb which was interdicted before it could go off," Miller said. "And I think what we're seeing once again is they've tried to put a bomb on a person and get them on a plane. Whether it has anything to do with the Olympics or the Fourth of July - one of the chosen target holidays by bin Laden - is something we don't yet know.
"Another thing that AQAP and Yemen developed was a surgically implanted bomb," Miller added. "Now, we've seen the design for that, but we haven't seen it used in a commercial airline threat yet."
On "CBS This Morning" Miller said using a Norwegian convert matches al Qaeda's efforts to find operatives who don't fit the profile of terrorists for whom Western intelligence is searching, who are radicalized via the Internet.
Miller said intelligence agencies must now find an individual who fits the profile of an al Qaeda convert: "Someone 18 to 35, someone who is from Norway, someone who has traveled to places that are jump-off spots to go to Yemen. Now, you've got maybe tens of thousands of people, or thousands. But you want to crunch that down to who has connection somewhere else in the database, and focus on those people."
Miller said there are two ways to investigate the pool of possible suspects: "One, the traditional way, which is you have intelligence officers overseas who run intelligence agents in the field and you say, 'Now bang against your sources and see if we can come up with a real name on this guy and where he is.'
"And the less traditional and perhaps the more interesting way is the data crunching piece where you take what you do know about him and then what you know about the geography, and then you use supercomputers to crunch through those records and say 'How do we narrow this pool down and then how do we look for further connections?'
Posted by Steve Douglass at 11:01 AM No comments: 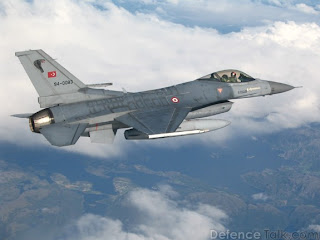 By Jonathon Burch
ANKARA (Reuters) - Turkey scrambled six F-16 fighter jets in three separate incidents responding to Syrian military helicopters approaching the border on Sunday, its armed forces command said on Monday.
It was the second time in as many days Turkish jets were launched in response to Syrian helicopters flying near the border and comes after a Turkish reconnaissance plane was shot down by Syria late last month.
The jets took off from Incirlik air base in southern Turkey after Syrian helicopters were spotted flying south of the Turkish province of Hatay, the chief of general staff said on the military's website.
Two helicopters had come within 2.5 miles (4 km) and one had come within 2 miles (3.2 km) of the border, it said. Two of the helicopters were MI-8 type aircraft and one was an MI-17, all Russian-built transport helicopters.
On Sunday, Turkey said it had scrambled six F-16s near its border with Syria after similar transport helicopters were spotted flying either within 4 miles (6.4 km) of the border or "close" to the border.
Turkey's heightened military activity along its southern border comes after Syria shot down one of its jets over the Mediterranean on June 22, prompting a sharp rebuke from Ankara which said it would respond "decisively".
Turkey has beefed up its troop presence and air defences along the border since the incident and Turkish Prime Minister Tayyip Erdogan said the military's rules of engagement had been changed and that any Syrian element approaching Turkey's border and deemed a threat would be treated as a military target.
Syria says it shot down the Turkish jet in self-defence and that it was brought down in Syrian air space. Turkey says the jet accidentally violated Syrian air space for a few minutes but was brought down in international air space.
While the incident has heightened tension between the once-close allies, neither Turkey, which fears a local clash escalating into a regional sectarian conflict, nor Syria, has any interest in a confrontation on their shared border.
Turkey has become increasingly vocal against Syrian President Bashar al-Assad, calling for him to step down, and has given sanctuary to rebels and groups opposing the Syrian leader. There are more than 35,000 Syrian refugees living in camps on the Turkish side of the border with Syria.
Separately, Turkey's armed forces command said it had carried out air strikes on three separate Kurdish militant targets in northern Iraq between the dates of June 26-30.
It said the strikes were carried out in the Qandil and Zab areas and targeted shelters belonging to the "separatist terror organisation", a term used to describe the militant Kurdistan Workers Party (PKK) which is fighting for greater Kurdish autonomy in Turkey. It gave no further details.
The PKK is listed as a terrorist organisation by Turkey, the European Union and the United States. (Writing by Jonathon Burch; Editing by Robin Pomeroy)
Posted by Steve Douglass at 10:53 AM No comments: