NASA managers have pushed back launch of the space shuttle Discovery on an assembly mission to the International Space Station until Feb. 27 at the earliest.

Discovery had been scheduled to fly on Feb. 22 with the fourth and final U.S.-built solar array wing for the ISS in its payload bay.

But engineers at NASA centers around the country need more time to finish testing whether a suspect gaseous hydrogen valve could break in a way that would hamper shuttle performance during ascent.

The valves - one in each of the orbiter's three main engines -- help keep the proper pressure in the hydrogen portion of the shuttle stack's big external tank. But after the STS-126 mission last year one of them was found to have ed and lost a small piece.

Engineers want to be sure that a similar mishap wouldn't damage the gaseous hydrogen lines between the orbiter and the external tank that keep the liquid hydrogen tank above 32 psi.

Managers have rescheduled the final flight readiness review for the mission on Feb. 20, and will hold a press conference afterward to report their findings and perhaps set an official launch date.

Posted by Steve Douglass at 7:49 PM No comments: 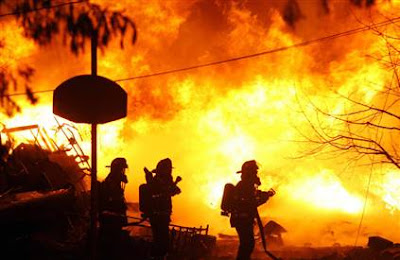 LARENCE, New York - A commuter plane "basically dove" into a Buffalo-area house while coming in for a landing, sparking a fiery explosion that killed all 49 people on board and one person on the ground, an emergency official said Friday.

It was the first fatal crash of a commercial airliner in the United States in 2 1/2 years.

Witnesses heard the twin turboprop aircraft sputtering before it went down in light snow and fog around 10:20 p.m. Thursday. Flames silhouetted the shattered home after Continental Connection Flight 3407 plummeted into it around about five miles from Buffalo Niagara International Airport.

"The whole sky was lit up orange," said Bob Dworak, who lives less than a mile from the crash site. "All the sudden, there was a big bang, and the house shook."

No security link seen
FBI spokesman Richard Kolko said there is "no indication of any security related event" that brought the plane down.

Six hours after the crash, the task of retrieving remains had not yet begun.

"It's still a hot scene," Clarence emergency control director Dave Bissonette said. "The fuselage lies right on the footprint of the house."

The National Transportation Safety Board said it was sending a team of crash investigators to Buffalo early Friday.

Residents describe odd noises
While residents of the neighborhood where the plane went down were used to planes rumbling overhead, witnesses said this one sounded louder than usual, sputtered and made some odd noises.

After hearing the crash, Dworak drove over to take a look, and "all we were seeing was 50 to 100 foot flames and a pile of rubble on the ground. It looked like the house just got destroyed the instant it got hit."

Witness Tony Tatro said he saw the plane flying low and knew it was in trouble.

"It was not spiraling at all. The left wing was a little low," he told WGRZ-TV.

Mother and daughter escape home
One person in the home that the plane struck was killed, and two others inside were able to escape with minor injuries.


The two who escaped were later named by hospital officials as Karen Wielinski, 57, and her daughter Jill, 22, The Buffalo News reported.

Twelve homes were evacuated near the crash site. The tail or part of a wing was visible through flames and thick smoke that engulfed the scene.

About 30 relatives and others who arrived at the airport in the overnight hours were escorted into a private area and then taken by bus to a senior citizens center in the neighboring town of Cheektowaga, where counselors and representatives from Continental waited to help.

Chris Kausner, believing his sister was on the plane, rushed to a hastily established command center after calling his vacationing mother in Florida to break the news.

"To tell you the truth, I heard my mother make a noise on the phone that I've never heard before. So not good, not good," he told reporters.

Sue Bourque told The Buffalo News her sister, Beverly Eckert, was aboard the plane. Eckert is the widow of Sean Rooney, who was killed in the Sept. 11 terrorist attacks on the World Trade Center.

Bourque said that while the family had not yet received official confirmation of her sister's fate, the reality was settling in.

"We know she was on that plane," she told the newspaper, "and now she's with him."

Firefighters got as close to the plane as they could, he said. "They were shouting out to see if there were any survivors on the plane. Truly a very heroic effort, but there were no survivors."
Posted by Steve Douglass at 5:13 AM No comments:

Plane hits home near Buffalo; 49 dead: "A commuter plane crashed late Thursday into a house near Buffalo, New York, killing all 48 people on the plane and a man in the home. It was 'clearly a direct hit' on the house, said Dave Bissonette, a local disaster official. Continental Connection Flight 3407, operated by Colgan Air, was en route from Newark, New Jersey, to Buffalo when it went down.

Posted by Steve Douglass at 5:08 AM No comments: