Was Polecat Part of a Litter with the Kandahar UAS?

Was Polecat Part of a Litter with the Kandahar UAS?: "

Does Lockheed Martin's ill-fated Polecat UAS demonstrator share a lineage with the so-called Beast of Kandahar?

Graham Warwick posted this pic of the UAS flying out of Afghanistan last week. It isn't much to go on, but you can see a basic outline of the airframe, and the landing gear down.'

Realizing this is nothing but speculation -- and hopefully educated speculation -- it does resemble the Skunk Works's Polecat, no? I pulled these photos of the UAS at a similar angle to the mystery aircraft.

Skunk Works has been mum for years on their UAS projects, except of course for their Polecat, which crashed for about as silly a reason as a UAS can crash. A ground controller accidentally flipped the switch which told the system to crash -- at least that was the best version I heard. The intakes -- or whatever they are -- on the top of the Kandahar UAS are interesting ... I found this old pic of Polecat that shows its angled 'eyebrows.'

What do you think; has Skunk Works been busy?

Posted by Steve Douglass at 9:30 PM No comments:

The North American Aerospace Defense Command and its
geographical component, the Continental United States NORAD Region, will
conduct exercise Falcon Virgo 09-07, on May 19 and 20 between midnight and 6
a.m. EDT in the National Capital Region (NCR), Washington, D.C.

Exercise Falcon Virgo is designed to hone NORAD's intercept
and identification operations, as well as procedural tests of the NCR Visual
Warning System. Two Civil Air Patrol Cessna aircraft, two Air Force F-16s
and one Coast Guard HH-65 Dolphin helicopter will participate in the
exercise. Residents may see these aircraft approaching and flying in the
vicinity of the Washington D.C. area as part of this exercise during the
late night and early morning hours from midnight through 6 a.m. on May 19th
and the 20th .

Someone tell Biden about Area 51! 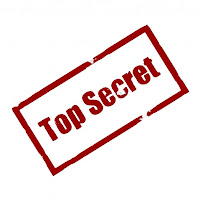 Vice President Joe Biden, well-known for his verbal gaffes, may have finally outdone himself, divulging potentially classified information meant to save the life of a sitting vice president.
According to a report, while recently attending the Gridiron Club dinner in Washington, an annual event where powerful politicians and media elite get a chance to cozy up to one another, Biden told his dinnermates about the existence of a secret bunker under the old U.S. Naval Observatory, which is now the home of the vice president.

The bunker is believed to be the secure, undisclosed location former Vice President Dick Cheney remained under protection in secret after the 9/11 attacks.
Eleanor Clift, Newsweek magazine’s Washington contributing editor, said Biden revealed the location while filling in for President Obama at the dinner, who, along with Grover Cleveland, is the only president to skip the gathering.

According to the report, Biden “said a young naval officer giving him a tour of the residence showed him the hideaway, which is behind a massive steel door secured by an elaborate lock with a narrow connecting hallway lined with shelves filled with communications equipment.”
Clift continued: “The officer explained that when Cheney was in lock down, this was where his most trusted aides were stationed, an image that Biden conveyed in a way that suggested we shouldn’t be surprised that the policies that emerged were off the wall.”
Posted by Steve Douglass at 5:15 AM No comments: