Questions no one is asking about errant Russian missile over Norway. 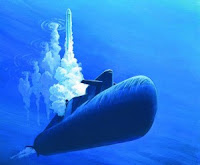 Sometimes I don't understand the mainstream media. Sure, they reported the amazing light-show caused by the "malfunctioning" ballistic missile that came apart over Norway, but they aren't asking the big questions, which are:

A: Why did Russia "test-fire" a ballistic missile without the standard agreed upon international procedures insuring commercial and civil flight safety (establishing a no-fly none)in the launch and recovery areas?

B. Why were no nearby nations notified in advance of the launch so as to not possibly trigger a jump in the DEFCON status when the launch would be inevitably detected by NATO and U.S. DSP satellites?

C. What was NORAD's response o the launch, which I am sure triggered alarm klaxons at Cheyenne Mountain?

D. Is it possible that a nuke was lunched, either unintentionally (accidentally) or on purpose by some rogue Russian sub commander and it was given a self-destruct command when Russian Missile Forces realized that one of their missiles was missing?

Things that make me go - hmmmm!

My paranoid/conspiracy theorist side can't help but wonder, is there an internal struggle inside the Russian military or was it actually (as they claim) simply a malfunctioning missile test (that they (for some reason)forgot to announce that resulted in the near-panic populace in Norway?

Sure, it was a cool and eerie site, but something smells fishy in the White Sea and it isn't halibut or tuna.

Email ThisBlogThis!Share to TwitterShare to FacebookShare to Pinterest
Labels: Russians over Norway 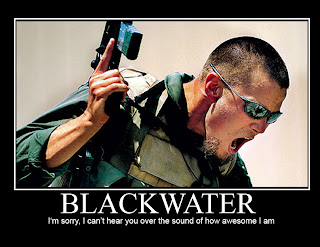 Blackwater, now renamed Xe Services, disputed there was any contract for secret raids. The reported role would point to a much deeper connection between the company and the spy agency than has been previously disclosed and raises concerns over the legalities of involving contractors in the most sensitive operations conducted by the U.S. government.

The "snatch and grab" raids took place regularly between 2004 and 2006, the Times reported, when the insurgency in Iraq was escalating and security throughout the country was deteriorating.

"Blackwater USA was never under contract to participate in covert raids with CIA or Special Operations personnel in Iraq, Afghanistan or anywhere else. Any allegation to the contrary by any news organization would be false," Xe spokesman Mark Corallo said in an e-mailed statement. The company changed its name this year.

A U.S. official confirmed to The Associated Press that Blackwater provided security and moved around with CIA teams on missions in war zones, but he denied they performed CIA missions. CIA Director Leon Panetta ordered a review several months ago of the company's contracts to be sure its guards only perform security-related work, the official said. He spoke on condition of anonymity because he was not authorized to comment publicly.


CIA spokesman George Little said, "This agency, like many others, uses contractors in roles that complement and enhance the skills of our own work force, just as American law permits."
"Agency staff officers have the decision-making authority and bear responsibility for results," Little said.

The former Blackwater, based in Moyock, N.C., changed its corporate name after a series of use-of-force controversies, including a September 2007 shooting in Baghdad by five company security guards that left 17 civilians dead.
The Times also reported that former Blackwater employees said they helped provide security on CIA flights that transported detainees.

The XE spokesman also denied that part of the report. He said it was an old allegation that had repeatedly been withdrawn.
The report comes as the House Intelligence Committee is investigating the agency's hiring of Blackwater to be part of a program to kill or capture al-Qaida leaders. The death squad program had several lives over an eight-year period before it was canceled Panetta in June. The CIA has said the effort yielded no successes.

The CIA has been reducing its reliance on the use of contractors over the past few years.
The Sept. 11, 2001, attacks occurred after a contraction of the CIA in the post-Cold War period and which compelled the agency to hire contractors to rapidly fill its ranks for the wars in Afghanistan and Iraq.
Posted by Steve Douglass at 8:40 AM No comments: