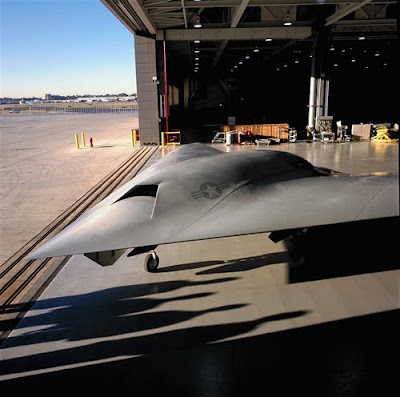 Phantom Ray is a revived version of the defunct X-45C program. It is fully funded by Phantom Works and aimed to get Boeing designers and engineers working on unmanned combat system technology and aeronautical design elements that could be applicable to a number of future Pentagon acquisitions, including the U.S. Air Force’s unmanned MQ-X and Long-Range Strike program and the Navy’s F/A-XX future strike aircraft.

The goal is first to conduct flight worthiness tests for Phantom Ray and then enter a second phase to expand the flight envelope and, potentially, conduct automated aerial refueling trials, electronic warfare or other tests, Davis says.

The stealthy, flying wing design will be powered by a single modified General Electric F404-GE-102D engine and is designed to carry about 4,500 pounds of payload roughly 1,000 nautical miles round trip without refueling.

Availability of the stealthy exhaust system is what prompted a slight delay to the taxi tests, which were to occur in the spring. The exhaust system was needed elsewhere for a classified Defense Dept. test effort, Davis said. “That test overran its period of performance slightly and so we rewickered some things,” Davis said. “The test we were doing was not related to anything related to Long-Range Strike. It was a technology test for reliability, maintainability, durability kinds of things.”

Proprietary data on the design of the exhaust system is jointly owned by Boeing and General Electric. Davis says the exhaust system has been delivered back to St. Louis for integration onto Phantom Ray and the engine is expected in the next two months.

As the company moves forward with Phantom Ray, it appears a high-profile partnership with Lockheed Martin under a 2008 teaming agreement has stalled. The two opted to team up as a foil to Northrop Grumman, which has its stealthy B-2 and X-47 in hand.

At the time, it was widely thought that Lockheed Martin and Boeing were lagging far behind Northrop Grumman and General Atomics, maker of the Predator and Reaper families, in unmanned aircraft and in technologies that could be applied to a new bomber. Now, however, Lockheed’s work on the formerly classified RQ-170 has been exposed, revealing that the company has legs in this area. And Boeing has begun to pursue flight testing of Phantom Ray.

“Until we understand where the government is headed with the program, all the work that we had previously been doing to collaborate on [internal research and development] and technology, those things have gone into a pause mode ... and I’m not sure that the agreement will endure. And, at this point I’d say the jury is still out on what we will do,” Davis says. “I think the government in the day and age we are in probably wants more competition than less in the re-emergence of the program.”
Posted by Steve Douglass at 2:00 PM 1 comment: 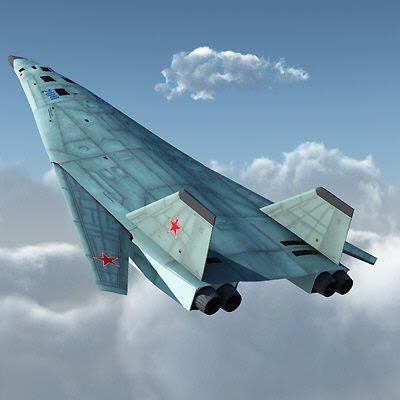 "We should not confine ourselves to developing just one new model," Putin said of the Russian T-50 fifth-generation stealth fighter that had its maiden flight Jan. 29. He was speaking at the government meeting dedicated to the aviation industry and held at the Moscow premises of the Sukhoi Corp., where the T-50 was designed.

"We must think and get down to work on a next-generation, long-range aviation complex, our new strategic missile carrier," he said.

Russia has been trying to modernize its aging air forces by posting unprecedented domestic orders since the Soviet era and by offering generous financial help to the aviation makers during the ongoing financial crunch.

The government said in a press release distributed Sunday that the Russian military will commission 1,500 new military aircraft and helicopters so that the Air Force will have 80 percent modern aircraft by 2020.

In 2010, the military plans to commission 27 airplanes and more than 50 helicopters, the statement said.

Putin gave no details about the future strategic bomber other than saying that the top industry priorities will be designing engines, new materials and electronic equipment.

Earlier this year, the commander of long-range aviation, Maj. Gen. Anatoly Zhikharev, said that a new strategic bomber that will replace Tu-95s (NATO codename Bear) and Tu-160s (NATO codename Blackjack) will be built in Russia and commissioned in 2025-2030.

Putin said the Russian government had directed 3.1 billion rubles ($104 million) to support the Russian aviation industry since the global financial crisis began in late 2008. The United Aircraft Corp. (UAC), the government-controlled holding led by Sukhoi, received 1.15 billion rubles and the MiG Corp., which is still outside the UAC, received 1 billion rubles. The measures helped to increase output by 7 percent, Putin said.

Turning to the T-50 stealth fighter, which is regarded as Russia's answer to the U.S.-made F-22 Raptor, Putin said that about 2,000 more test flights will be made before the aircraft could be commissioned by the military.

Earlier this year, Col. Gen. Alexander Zelin, chief of the Air Force. said that commissioning of the T-50 will begin in 2015.

Mikhail Pogosyan, general director of Sukhoi, said at the meeting that three more T-50 experimental fighters will be built before year's end.
Posted by Steve Douglass at 1:52 PM No comments:

"Why I spied for Israel" son of Hamas leader talks.

New York (CNN) -- The son of a founder of the Palestinian militant group, Hamas, Tuesday told CNN that he was a spy for Israel.
For 10 years, Mosab Yousef said he gathered information about Hamas terrorist plots and fed them to Israel's domestic security service Shin Bet.

Yousef, in an exclusive interview with CNN's Christiane Amanpour, said he did it because he came to believe that Hamas was practicing "exceptional cruelty" against its members and "killed people for no reason."
His has now written a book, "Son of Hamas" detailing his exploits from his new base in the United States where he has lived since 2007. CNN could not independently confirmed his story and Israel has refused to comment.

In the Israeli newspaper Haaretz, a former Israeli handler said of Yousef: "One insight of his was worth 1,000 hours of thought by top experts."
Yousef told CNN: "They offered me to work for them. My goal was to be a double agent and attack them from the inside."

But then his views changed.
"After I was tortured by Shin Bet I was transferred to prison [where] Hamas tortured Hamas members and I became confused who was really my enemy ... I accepted to meet Shin Bet."

Yousef said he agreed to spy on Hamas and that his decision was partly a moral one. "My people did not understand this. Shin Bet is committed to a constitution but Hamas targets civilians. There's a difference between targeting a terrorist and civilians."
He said that in part his transformation was due to spiritual reasons. "Later on, I became a Christian, during that time, the first few months, and I was convinced by the principle of loving your enemies. And I saw that my enemy, who I thought that they were my enemies, they had morality, they had their responsibilities more than my own people."

He added: "As a Shin Bet agent, when I had information I helped arrest people, otherwise they hit randomly. When I specified a particular person I had a condition - not to kill that person ...


"In 10 years working for Shin Bet I am not responsible for killing one terrorist. I care about my people, my problem was their [Hamas'] ideology.


READ THE FULL STORY AT CNN
Posted by Steve Douglass at 1:43 PM No comments:

The accident took place near the coastal city of Gangneung, about 237 kilometers (147 miles) east of Seoul.

"We are currently searching for the missing pilots near the area," Yonhap quoted an Air Force official as saying.

The official said two HH-60 rescue helicopters have been dispatched to the crash cite.

South Korea reportedly has 174 F-5E/F Tiger II fighters in service with its Air Force.
Posted by Steve Douglass at 7:54 AM No comments: