Breaking: Malaysia airliner was hijacked according to officials 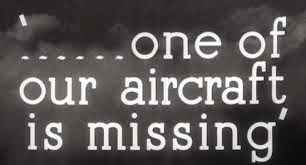 KUALA LUMPUR, Malaysia — Investigators have concluded that one or more people with significant flying experience hijacked the missing Malaysia Airlines jet, switched off communication devices and steered it off course, a Malaysian government official involved in the investigation said Saturday.

No motive has been established and no demands have been made known, and it is not yet clear where the plane was taken, said the official, who spoke on condition of anonymity because he was not authorized to brief the media. The official said that hijacking was no longer a theory.

"It is conclusive," he said.

Russia claims it took down U.S. drone over Crimea

An American scout-attack drone was intercepted in the Crimean sky, the Rostec state corporation reports. "Judging by side marking, the MQ-5B drone was part of the 66th US brigade of military intelligence with the main location in Bavaria," the report on the website of the corporation reads.

According to the report, at the beginning of March, the American brigade was relocated to the Ukrainian Kirovohrad, from where drones committed reconnaissance runs in the direction of Crimea and Russian border areas.

Earlier, they reportedly appeared in the Kherson region, in the area of the Crimean roadblock Chongar. "According to some data, the American reconnaissance brigade had 18 MQ-5B drones in its arsenal. This is the second time the American UAV has been intercepted over Crimea," the report says.

"The drone was at the height of about 4 thousand meters and was practically invisible from the earth. It was possible to break the drone’s link with its American operators with the help of the EW (electronic warfare) complex Avtobaza.

As a result, the device made soft landing and passed into the possession of the self-defense forces almost unbroken," the report says.