Hosam Maher Husein Smadi, a 19-year-old Jordanian citizen who has been living and working in Italy, Texas illegally, was charged with "attempting to use a weapon of mass destruction," authorities said.

Authorities said Smadi had been under FBI surveillance for some time after expressing "his desire to commit violent jihad" numerous times.

After learning of Smadi, undercover FBI agents were introduced to him as "sleeper cells," read a statement released by the United States Attorney's Office. During several months with the 19-year-old, authorities said they learned he had no connection to other terrorist organizations but was intent to sacrifice himself in violent Jihad despite efforts of agents to "reevaluate his interpretation of Jihad."

In June, Smadi allegedly listed a group of potential targets in the Dallas area. However, agents said in July he began to set his focus on the Wells Fargo Bank located inside Fountain Place.

Russia you suck at IMovie! 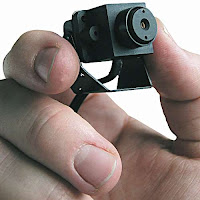 
The State Department has said the tape allegedly showing an employee having sex with a prostitute is a fake.

The employee, Brendan Kyle Hatcher, denied any encounter with a prostitute to his superiors at the U.S. Embassy in Moscow, another State Department official said.

State Department spokesman Ian Kelly said the U.S. ambassador to Russia, John Beyrle, "supports" Hatcher, who remains at his job at the embassy.

Hatcher had previously worked in the sensitive area of religious and human rights in Russia, the spokesman said.

"Mr. Hatcher ... enjoys the full confidence of Ambassador Beyrle and fully intends to serve out the rest of his tour in Moscow," Kelly said at an afternoon briefing at the State Department.

The United States "deplores this type of campaign and use of the Internet to smear a foreign service officer of good standing," he added. Watch why the U.S. says the tape is doctored »

Beyrle was unequivocal in expressing his support in an interview with ABC News.

"Kyle Hatcher has done nothing wrong," he said. "Clearly, the video we saw was a montage of lot of different clips, some of them which are clearly fabricated."

A senior State Department official said, "It's a doctored tape and a set-up designed to implicate someone working as a liaison with religious and human rights groups in Russia."

The official said Hatcher, who is married, "was approached by Russians; they tried to blackmail him, but he did everything correctly," reporting the incident to his supervisors at the Embassy.

The tape then appeared on the tabloid newspaper Web site Compromat.ru and was picked up by other outlets. Diplomatic sources who declined to be named said Compromat.ru has a history of ties to Russia's security services.

Russia's Foreign Ministry had no comment when asked about the video.

Another senior State Department official, who has seen the video, said "it's clear to me that it's him," referring to portions showing Hatcher alone in the hotel room.

"But then the lights go down," and the footage from there on is faked, that official said.

The video of Hatcher in the hotel room was taken last year, "somewhere in Siberia," said the senior State Department official who watched the video.

It was shot in a hotel that Hatcher visited, the official said.

When questioned about the possible motivation for creating the video, the official said it's presumed "it was done because of his human rights work," in Russia.

The official doubted the incident will have any effect on U.S.-Russian relations and noted that the Kremlin and the Russian Foreign Ministry have both been "very cooperative" in the months since the footage came to light.

"The vast majority of people there are working toward better relations," the official said.

Another official said Hatcher is a "great officer" who, until last summer, was a political reporting officer focusing on religious freedom issues in Russia. The assignment lasts two years: one year in that specialty and a year on the visa-issuing line at the embassy.

Last year, this official said, Hatcher was the lead officer compiling the State Department's Religious Freedom report and was given an award for his work by the ambassador.

Colorado man indicted on conspiracy to use WMDs.

A Colorado man arrested in a U.S. terror investigation has been indicted on a charge of conspiracy to use weapons of mass destruction -- explosive bombs -- against persons or property in the United States, the Justice Department said Thursday.


Najibullah Zazi, 24, has been indicted on a charge of conspiracy to use weapons of mass destruction in the U.S.

A federal grand jury in the Eastern District of New York on Wednesday returned a one-count indictment against Najibullah Zazi, 24, of Aurora, Colorado, a Denver suburb.

The Justice Department said FBI agents in Colorado first arrested Zazi over the weekend in a criminal complaint that said he "knowingly and willfully" made false statements to the FBI involving international and domestic terrorism.

All three were arrested late Saturday in what the Justice Department has said was a plot to detonate bombs in the United States. They have been charged with lying to federal agents during the investigation of the alleged plot.

Originally from Afghanistan, Mohammed Wali Zazi is a naturalized U.S. citizen, and Afzali and Najibullah Zazi are permanent legal residents.

The Zazis were arrested in Colorado, and Afzali was detained in New York.

Afzali was ordered released on bond, and his parents are putting up their home in Queens, New York, to secure his $1.5 million bail. He will be allowed to travel to the funeral home to work and the mosque to worship. Additional travel will be allowed on a case-by-case basis.

The Justice Department is working to have Zazi transferred from Colorado to New York to be arraigned on the new charge. If convicted, Zazi faces a potential sentence of life in prison.

The one-count indictment alleges that between August 1, 2008, and September 21, Zazi "knowingly and intentionally conspired with others to use one or more of the explosives."

"We are investigating a wide range of leads related to this alleged conspiracy, and we will continue to work around the clock to ensure that anyone involved is brought to justice," Attorney General Eric Holder said in a statement. "We believe any imminent threat arising from this case has been disrupted, but as always, we remind the American public to be vigilant and to report any suspicious activity to law enforcement."

A government detention motion filed in New York and in Colorado said "Zazi received detailed bomb-making instructions in Pakistan, purchased components of improvised explosive devices, and traveled to New York City on September 10, 2009, in furtherance of his criminal plans."

It said Zazi traveled overseas to receive bomb-making instructions, conducted Internet research on explosives' components and made purchases of components "necessary to produce TATP (Triacetone Triperoxide) and other explosive devices."

READ THE FULL STORY HERE
Posted by Steve Douglass at 2:30 PM No comments: