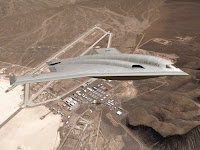 The U.S. Air Force chief of staff says the service is not going to go through the B-2 experience again—overdesigning a bomber and then having to buy fewer of them.

Analysts suggest the requirement for the Long Range Strike-Bomber (LRS-B) program could be as high as 200 aircraft as the aircraft begins to replace aging B-1s and ­B-52s.

The problem is how to take advantage of the new technology without breaking the budget or generating so much political backlash that the bomber program is reduced or canceled. The B-2s ended up costing more than $2 billion apiece because the program was closed down so early.

The 2013 budget request asked that the LRS program receive $292 million. The total through 2017 is $6.3 billion. Pentagon comptroller Robert Hale suggests a per-unit cost target of $550 million per aircraft.

“We see it as an important goal,” Hale says. “I’d like to treat it as absolutely [hard and] fast.”

However, industry executives attending the Defense Technology and Affordability Requirements conference in Washington last week contend the unit-cost target is far too optimistic. Defense Secretary Leon Panetta is publicly squeezing the Air Force to keep the cost of the classified project down.

“We are going to make our best effort to not over-design the aircraft,” says Air Force Chief of Staff Gen. Norton Schwartz. “We are intent on ordering a capability that is not extravagant.”

Schwartz calls for delivery of a bomber by the mid-2020s that is capable of intelligence gathering, conducting electronic warfare and linking to offboard sensors. The combination is expected to produce a stealth aircraft that can penetrate enemy air defense, but that is sufficiently affordable to buy in numbers.

The first question then is what is the magic number? The Air Force has called for 80-100 aircraft. However, analysts are saying that twice that number is needed to create a sustainable, operationally effective force, which can continually be modified and upgraded as technology evolves.

“I would double that and look at something near 200 aircraft to provide a credible deterrent force and begin to look at replacement of the entire bomber fleet,” says Rebecca Grant, author of “The Case for a New Stealth Bomber,” a white paper recently published by Washington Security Forum. “I think we see the need for more rather than less.”