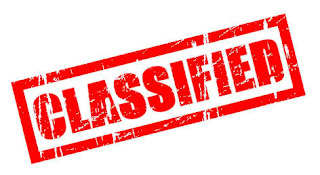 DAYTON, Ohio — A GE Aviation jet engine test recorded the highest temperatures in history for a jet engine, the Evendale company said Monday. The jet engine maker tested an engine core for a potential military combat engine. The test was part of a research and development program in partnership with the U.S. Air Force.

Temperatures in the test exceeded the target by 130 degrees Fahrenheit, demonstrating the highest combination of compressor and turbine temperatures ever recorded in aviation history, GE Aviation said.
The actual temperature reached is classified information, said Matt Benvie, spokesman for GE Aviation.
GE Aviation conducted the test in February this year, Benvie said. The information is being publicly released now after getting security clearance.
The entire engine test ran for 60 total hours. The turbine fan ran during the test for two hours above state-of-the art temperatures. And the engine was tested for 85 minutes above the goal temperature, Benvie said.
The technology is unprecedented, Benvie said. 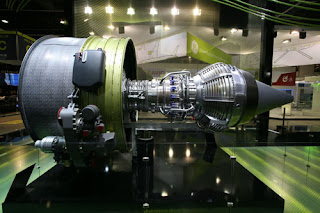 “If you can go over a target temperature while still having the hardware perform well, there’s a lot of margin in terms of the durability of the engine,” he said. And “if you run an engine hotter, you’re able to extract more energy from the fuel.”
Based on the test’s success, conducted in Evendale, in Hamilton County, the first full adaptive cycle engine test is scheduled for the fourth quarter of 2013 in cooperation with the U.S. Air Force Research Laboratory.
The new military engine in development uses the company’s proven commercial engine technologies: the next-generation LEAP high-pressure compressor; heat-resistant ceramic matrix composites in the combustor and high-pressure turbine; and additive (3-D) manufactured components that result in a 25 percent improvement in fuel efficiency, a 30 percent increase in aircraft operating range and a 5-to-10 percent improvement in thrust compared to today’s most advanced military combat engines, GE Aviation said.
The LEAP engine is a product of the joint venture CFM International between GE and French company Snecma. LEAP will be GE Aviation’s next big commercial product to enter service in 2016, and the first commercial engine to contain ceramic matrix composite parts.
The record-setting engine test was for the Adaptive Versatile Engine Technology program in partnership with the U.S. Air Force. The full test of the adaptive cycle engine draws the program to close. Following completion of full engine testing, GE will continue developing adaptive cycle technology through the Air Force’s Adaptive Engine Technology Development program, which is scheduled to conclude in 2016 following fan rig testing and a core engine test.
“The engine hardware is in excellent condition, even with operation above the target temperatures. We are pleased with the core test results and look forward to continuing the success with the full-engine adaptive cycle demonstration,” said Matt Meininger, Air Force Research Laboratory ADVENT program manager, during post-test hardware reviews at the GE Aviation plant in Evendale in a statement.
Posted by Steve Douglass at 8:19 PM 1 comment: