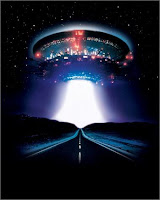 A media report says the U.S. military plans to send a floating base for commando teams to the Middle East, where relations with Iran are tense and other nations are in the midst of political upheaval.

The Washington Post newspaper on Saturday cited unspecified U.S. Navy documents saying the service plans to convert an aging warship into a staging base for the commandos, calling it a "mothership."

A Navy spokesman declined to provide details on the plans or to say where in the Middle East the mothership would be deployed. The report says documents indicate the vessel could be positioned in the Persian Gulf, where Iran has threatened to block the critical oil-shipping lanes in the Strait of Hormuz.

Other Navy officials told the Post that the Pentagon hopes to complete the conversion and send the ship to the region later this year.

The newspaper report says the base is expected to accommodate smaller high-speed boats and helicopters often used by Navy SEALS for special operations.

On Thursday U.S. Defense Secretary Leon Panetta announced plans for Pentagon budget cuts that would reduce ground forces and depend more on Special Forces operations in upcoming years. The plan also involves shifting focus from Europe to the Middle East and Asia Pacific regions.
Posted by Steve Douglass at 2:31 PM No comments:

Bin Laden informer could be killed by Pakistan

US Defence Secretary Leon Panetta has said he is "very concerned" about a Pakistani doctor arrested for providing intelligence for the US raid that killed Osama Bin Laden last year.

Dr Shikal Afridi is accused of running a CIA-run programme in Abbottabad where Bin Laden was killed. A Pakistan panel says he should be tried for treason.

Mr Panetta told the CBS TV network the arrest had been "a real mistake".

He was arrested shortly after the operation, carried out by US special forces in the Pakistani city of Abbottabad on 2 May last year.

Pakistan was deeply embarrassed by the raid, and condemned it as a violation of sovereignty.

'Phoney programme'
In an interview with the CBS programme 60 Minutes to be aired on Sunday, Mr Panetta said: "I'm very concerned about what the Pakistanis did with this individual."

He added that his action "was not in any way treasonous towards Pakistan".

"As a matter of fact Pakistan and the United States have a common cause here against terrorism and for them to take this kind of action against somebody who was helping to go after terrorism, I just think is a real mistake on their part," Mr Panetta said.

Last October, a Pakistani commission investigating the raid recommended that Dr Afridi should be tried for high treason.

In the aftermath of the operation, reports emerged that the CIA had recruited the doctor to organise a phoney vaccination programme in Abbottabad.

The aim of the programme was allegedly to confirm Bin Laden's presence in the city by obtaining a DNA sample from residents.

It is not clear if any DNA from Bin Laden or any family members was ever obtained.

Washington has been arguing that Dr Afridi should be freed and allowed to live in the US.

Mr Panetta also repeated US claims that someone in authority in Pakistan must have known where Bin Laden was hiding at the compound - located close to the country's top military academy.

"I personally have always felt that somebody must have had some sense of what was happening at this compound," he said. "Don't forget, this compound had 18-foot walls. It was the largest compound in the area."
Posted by Steve Douglass at 12:57 PM No comments: