Duh - yeah- they are unmanned! 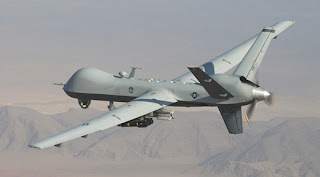 NELLIS AIR FORCE BASE (KSNV MyNews3) – A U.S. Air Force MQ-9 Reaper crashed on the Nevada Test and Training Range on Wednesday night, according to a news release.No one was injured in the incident, which occurred around 7:15 p.m. in a remote location west of Hiko.The remotely piloted aircraft, assigned to the 57th Wing here, was participating in a combat training mission as part of the U.S. Air Force Weapons School Mission Employment phase. A board of officers is being convened to investigate.
Posted by Steve Douglass at 11:54 AM No comments: 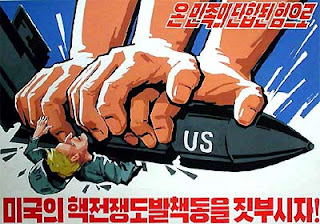 By Barbara Starr  CNN
The Navy is moving some warships into position to monitor a possible upcoming North Korean launch of a long-range ballistic missile, U.S. Department of Defense officials said Thursday.
The USS Benfold and the USS Fitzgerald - both guided missile destroyers - are moving into positions, although the Navy declined to give their exact location. They are being sent to monitor for a possible launch and "provide reassurance to allies," according two Defense Department officials.
It's possible two additional ships will be sent in the next few days, the officials added.
North Korea appears to be working toward its goal of launching a rocket later this month, with a recent satellite image showing preparations continuing around the site.The December 4 image provided to CNN by satellite imagery company GeoEye shows increased activity by workers on the launch pad, an imagery analyst told CNN.com's Security Clearance. The launch pad activity was not evident in an image from DigitalGlobe taken three days earlier.
The U.S. is also, “rapidly moving assets to pacific region because of the ballistic missile threat in the region,” the Commander of U.S. Pacific Command, Adm. Samuel J. Locklear III told reporters at a Pentagon briefing Thursday morning in reference to the North Korean threat.
"I don't believe that a launch is imminently imminent, but what we are seeing is sort of what they call the beginning of the end of launch preparations," Allison Puccioni, an analyst with Jane's IHS who writes about North Korean imagery for Jane's Defense Weekly, said last week. "Prior to this, we had not seen much in the way of rocket launch pad activity, but now we are seeing some significant stuff happening," such as additional work on the rocket launch tower, she said.
North Korea says it intends to launch a rocket it claims is for science and research purposes sometime between December 10 and December 22. The United States has condemned the test because the launch employs the same technology that would be used in a test of ballistic missiles. The launch would also be a violation of two separate resolutions passed by the United Nations Security Council.
READ THE REST OF THE STORY HERE
Posted by Steve Douglass at 8:34 AM No comments: 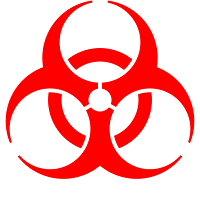 The Syrian military is prepared to use chemical weapons against its own people and is awaiting final orders from President Bashar Al-Assad, U.S. officials told NBC News on Wednesday.

The military has loaded the precursor chemicals for sarin, a deadly nerve gas, into aerial bombs that could be dropped onto the Syrian people from dozens of fighter-bombers, the officials told the American network.

As recently as Tuesday, officials had said there was as yet no evidence that the process of mixing the "precursor" chemicals had begun. Reports on Monday indicated that engineers working for the Assad regime have begun combining the two chemical precursors needed to weaponize sarin gas. But Wednesday, the officials said, the nerve agents were locked and loaded inside the bombs.

The officials stressed that as of now, the sarin bombs hadn't been loaded onto planes and that Assad hadn't issued a final order to use them. But if he does, one of the officials said, "There's little the outside world can do to stop it."

Meanwhile, U.S. Secretary of State Hillary Clinton reiterated her country’s warnings to Assad not to use chemical weapons, saying he would be crossing "a red line" if he did so. Speaking Wednesday at NATO headquarters in Brussels, Clinton said the Syrian government was on the brink of collapse, raising the prospect that "an increasingly desperate Assad regime" might turn to chemical weapons or that the banned weapons could fall into other hands.

The Syrian government said this week that it wouldn't use chemical weapons on its own people and President Barack Obama warned that doing so would be "totally unacceptable." But U.S. officials said this week that the government had ordered its Chemical Weapons Corps to "be prepared," which Washington interpreted as a directive to begin bringing together the components needed to weaponize Syria's chemical stockpiles.

Sarin is an extraordinarily lethal agent. Iraqi President Saddam Hussein's forces killed 5,000 Kurds with a single sarin attack on Halabja in 1988. Prime Minister Binyamin Netanyahu said on Tuesday that Israel is closely monitoring Syria’s potential use of chemical weapons. “Together with the international community, we are closely monitoring developments in Syria regarding its stores of chemical weapons,” said Netanyahu. “I heard President Obama's important remarks on this issue and we are of the same mind, that such weapons must not be used and must not reach terrorist elements.”

Israel has expressed concern that the chemical weapons arsenal maintained in Syria will indeed end up in the wrong hands – specifically, the hands of Hizbullah or other terrorists who aim to annihilate the Jewish State.
Posted by Steve Douglass at 6:07 AM No comments: