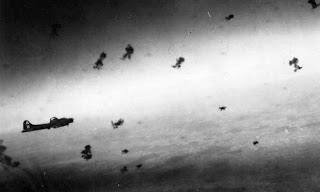 One of the aviation industry’s biggest critics of the Pentagon’s gajillion-dollar fighter jet has been temporarily barred from writing about the controversial plane.

Bill Sweetman has authored over 30 books on military aircraft, and now edits Defense Technology International, a monthly magazine put out by Aviation Week. Few journalists today know more about tactical aircraft. And few have been more critical of the F-35 Joint Strike Fighter, the jet that’s eventually supposed to replace as much as 95% of combat planes. “The program is no longer at risk of failure,” he wrote in March on Aviation Week’s defense blog, Ares. “It has already failed.”

But Sweetman, for the moment, won’t be allowed to opine on the JSF. Aviation Week has pulled him from the beat. The maker of the jet swears they had nothing whatsoever to do with the suspension. “Lockheed Martin has not asked Aviation Week to take disciplinary action against Bill Sweetman nor have we asked that he be removed from reporting on the F-35 program or any other Lockheed Martin program,” the company says in a statement.

But as the price tag for the supposedly low-cost JSF has grown — and as a once-ambitious test schedule has shrunk — Sweetman’s swipes at the program have gained more notoriety. PBS’ News Hour, for instance, featured Sweetman in a late April segment that focused on the project’s flaws. The following week, while Sweetman and his colleagues prepped for a trip Lockheed’s plant in Ft. Worth, Texas, he wrote on his Facebook page:

“Gentlemen, your target for tonight is Fort Worth. Flacks are predicted to be numerous and persistent on the run-in and over the target, and bullshit is expected to be dense throughout the mission. Synchronize watches and good luck.”

Shortly thereafter, Sweetman was asked to stop covering the JSF.

UPDATE: “Aviation Week is committed to providing objective aerospace and defense journalism based on independent and balanced coverage. Following comments posted on his personal Facebook page, the editorial team has decided that Bill Sweetman will not be covering the F-35 program for a period of time,” magazine spokesman Joe D’Andrea e-mails Danger Room. “We will continue to hold our journalists to the highest standards of editorial integrity to best serve the aersopace and defense community.”