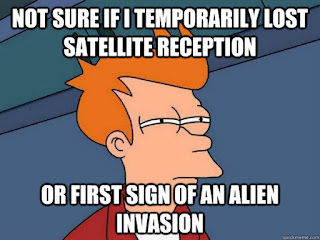 SpaceX launched a rocket in Florida on Sunday carrying a secret military satellite dubbed “Zuma,” which was likely worth billions of dollars. The mission has been largely shrouded in secrecy—everything from the purpose of the payload to the identity of the government department that commissioned it is classified. And now, in the days after the launch, the public has been kept in the dark about what happened to the satellite. All we really know is that something went wrong.

Various news outlets are reporting that the satellite, built by Northrop Grumman and reportedly belonging to the United States, is now lost because it did not detach as planned from the Falcon 9 rocket and thus failed to reach orbit.

However, because the mission was classified, accounts of the bungled mission have conflicted about what exactly occurred. Even the livestream of the launch offers few answers, because SpaceX cut the broadcast before the satellite’s separation from the rocket to maintain a level of confidentiality.


The Wall Street Journal’s is reporting, based on interviews with industry and government sources, that the satellite was dragged back down into atmosphere when it didn’t separate properly from the upper part of the rocket, either due to problems with the timing of the release or damage to the payload. Members of Congress and staffers were then briefed on the situation. The report, however, acknowledges the murky nature of the events and contains a caveat: “The lack of details about what occurred means that some possible alternate sequence of events other than a failed separation may have been the culprit.”

Spokespersons for the companies involved offered the Journal very little by way of on-the-record information. Northrop Grumman did not provide a comment due to the “classified” nature of the launch, and a spokesman from SpaceX told the Journal, “We do not comment on missions of this nature, but as of right now reviews of the data indicate Falcon 9 performed nominally.”

Bloomberg cited a U.S. official and two congressional aides in its account of what went wrong, which is roughly the same as the Journal’s.
One of the aides told the reporters that the satellite was lost, while another claimed that it crashed into the sea.

Yet, SpaceX’s chief operating officer Gwynne Shotwell gave Bloomberg an even stronger statement concerning the success of the operation, which reads, “After review of all data to date, Falcon 9 did everything correctly on Sunday night. If we or others find otherwise based on further review, we will report it immediately.” She added that “no design, operational or other changes are needed.”

After some 24 hours of total silence from all parties involved, dubious rumors began to trickle out on the afternoon of January 8 suggesting that SpaceX’s launch of Northrop Grumman’s highly secretive Zuma payload had somehow failed. Without hesitation, otherwise reputable outlets like CNBC and the Wall Street Journal immediately published separate articles claiming that lawmakers had been updated about the mission and told that the satellite had been destroyed while reentering Earth’s atmosphere. Having completely failed to both make it to orbit and “perfectly” separate from SpaceX’s Falcon 9 second stage, these articles implicitly placed the blame on SpaceX.

Claims of Zuma’s failure to properly separate from the second stage of the rocket led immediately to suggestions that SpaceX was at fault. The satellite’s manufacturer, Northrop Grumman, also refused to comment due to the classified nature of the mission, and the company may well have had their hands tied by requirements of secrecy from their customer(s). Immediately following these quick revelations, SpaceX was understandably bombarded with requests for comment by the media and furnished a response that further acknowledged the off-limits secrecy of the mission. However, SpaceX also stated that the company’s available data showed that Falcon 9 completed the mission without fault.

Without any background knowledge of spaceflight, this flurry of reporting and corporate comments would seem to be perfectly reasonable and unsurprising. However, the barest application of simple logic and orbital mechanics (what is actually involved in launching satellites to orbit) would have almost completely invalidated the information purportedly given to them.

Around the same time as claims of complete failure and satellite reentry were published, amateur spy satellite trackers had already begun the routine task of tracking and cataloging Zuma’s launch and orbit.

Following Ars Technica’s breaking (and thankfully even-keeled) article on whispers of failure, reputable journalist Peter B. de Selding corroborated the rumors with reports that Zuma could be dead in orbit after separation from SpaceX’s upper stage. These facts alone ought to have stopped dead any speculation that Zuma had reentered while still attached to the Falcon 9 upper stage, and this was strengthened further by Dr. Marco Langbroek, who later published images provided to him that with very little doubt showed the second stage in a relatively stable orbit similar to the orbit that might be expected after a nominal launch.

While current information almost unequivocally suggests that SpaceX is in the clear, there has yet to be any official confirmation that the Zuma satellite is in any way dead or has actually failed. This is par for the course of classified government launches, and Zuma’s launch campaign was even more secretive and eccentric than usual – we still have no idea what government agency or agencies are responsible for the mission. And the satellite’s manufacturer was explicitly provided only a few minutes before its launch. Any publication with experience dealing with military topics and news would explicitly understand that any ‘leaked’ information on highly classified topics is inherently untrustworthy and ought to be handled with the utmost rigor and skepticism.