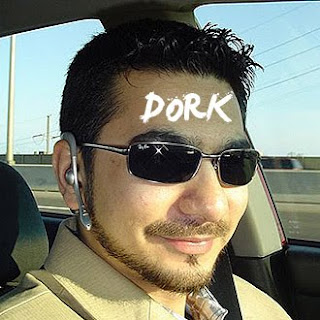 New York (CNN) -- Faisal Shahzad made a practice run in Manhattan the day before he allegedly tried to blow up a car bomb in Times Square, according to a law enforcement source with knowledge of his questioning.

On Saturday night, with his recently acquired Nissan Pathfinder loaded with his makeshift explosives, Shahzad drove southbound along Manhattan's East River on FDR Drive to the 49th Street exit, the source said.

Shahzad then pulled over and reached into the Pathfinder's rear compartment where he attempted to set into motion the process needed to set off the homemade bomb, the source said.
The source, who did not explain how Shahzad had attempted to set off the bomb, said he then took a number of turns and wound up entering Times Square by driving south down Seventh Avenue.

The source said Shahzad told investigators he turned right onto 45th Street toward Eighth Avenue because he saw a place to pull over.
It's unclear why Shahzad left the Pathfinder's engine running and hazard lights blinking.

But because of an incredible goof, Shahzad couldn't use his escape car. He had accidentally left the keys to that vehicle in the Pathfinder that he thought was about to blow up, the source said.
He apparently went to a train station, where he boarded a Metro North train back to Connecticut.

Another law enforcement source said investigators found a train receipt used by Shahzad that is stamped about 7 p.m., a half hour after a witness notified authorities that the car in Times Square was filing with smoke.

Sources say investigators believe he ran to catch the train that pulled out around 7 or 7:15 Saturday night.

The source added that police investigators have discovered a surveillance video of Shahzad walking in Shubert Alley -- which runs between 44th and 45th Streets just west of Broadway -- moments after witnesses saw the smoky SUV. In the video he is wearing a white baseball cap.
Posted by Steve Douglass at 8:53 PM No comments:

Friend Dean Muskett ( an good friend and transplanted Englishmen in Texas) took some photos of some brand-spanking new FA-18Fs being ferried from the plant in St. Louis to California and eventually to Australia.

They shot a few touch & gos and then stopped for fuel before continuing on to down under. 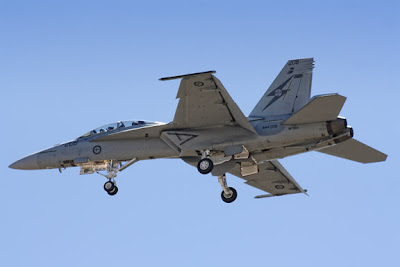 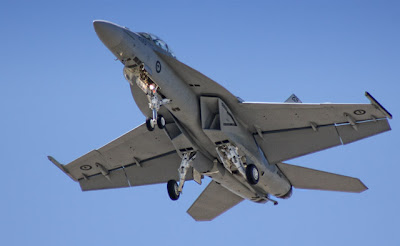 Posted by Steve Douglass at 3:30 PM No comments: