Iran You Suck At Photoshop - Internet Responds With Humor : UPDATED

A little humor about a dark matter is a fine thing. Special thanks to all who submitted their work!

Somewhere in Iran's propaganda ministry the guy who sucks at Photoshop is having his hands cut off and somewhere photo editors worldwide are looking for jobs. 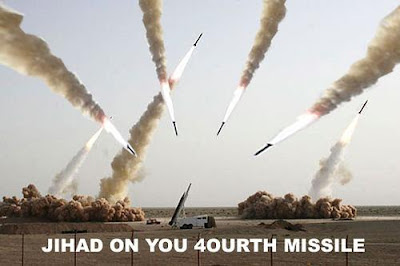 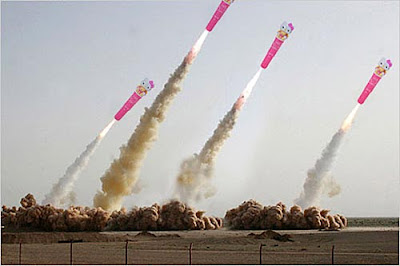 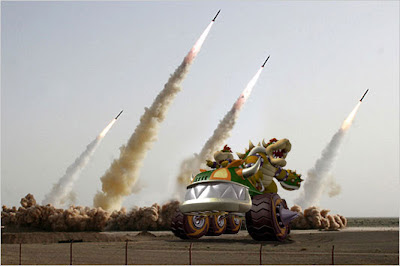 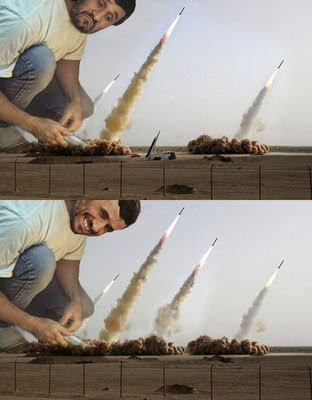 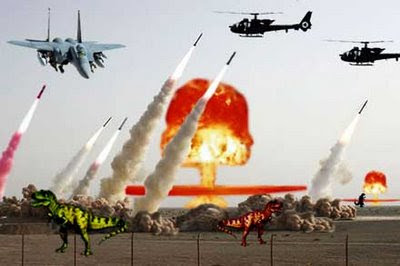 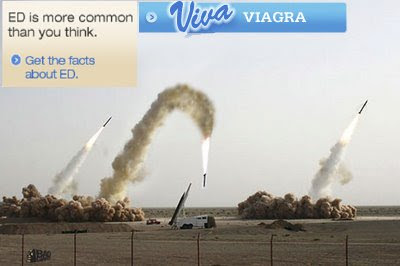 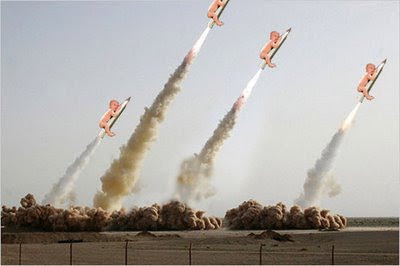 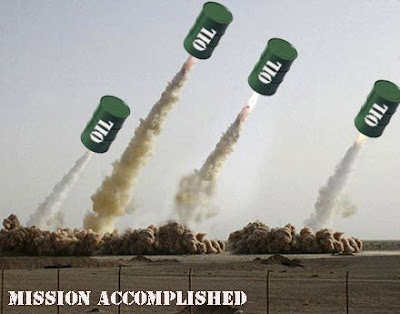 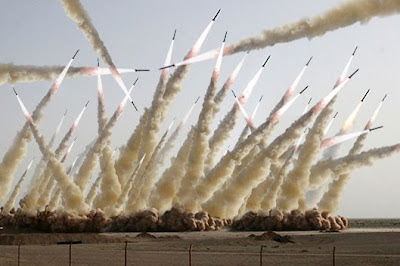 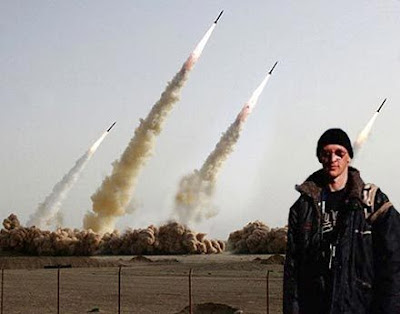 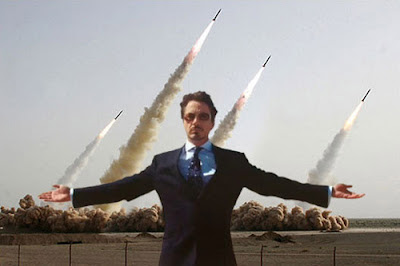 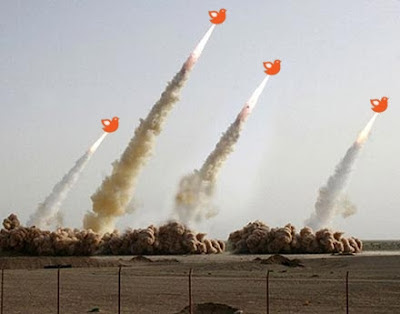 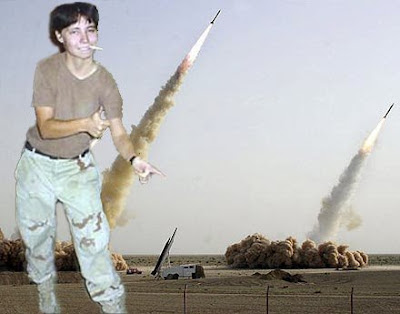 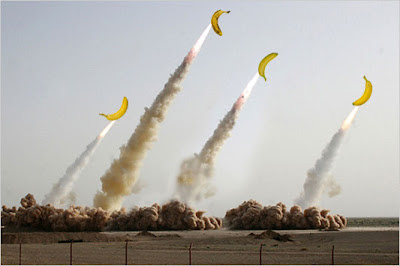 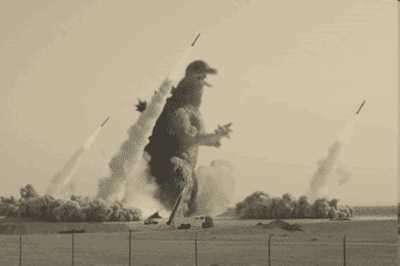 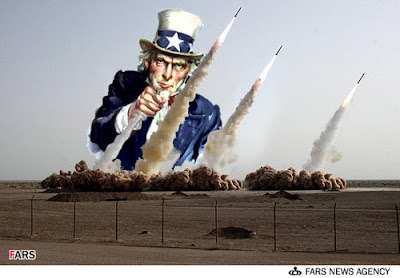 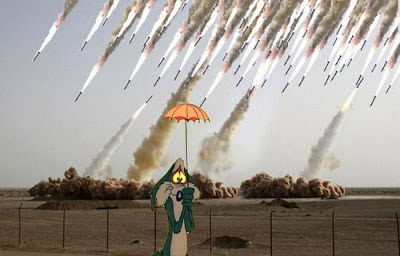 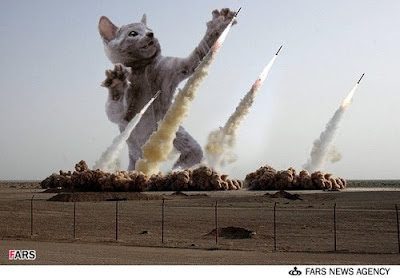 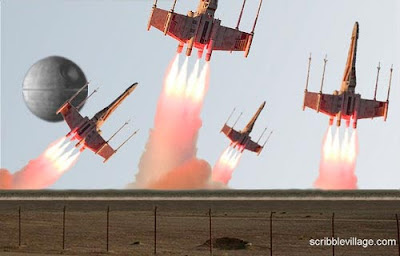 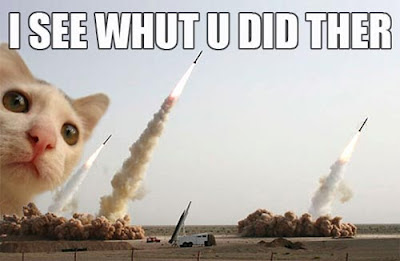 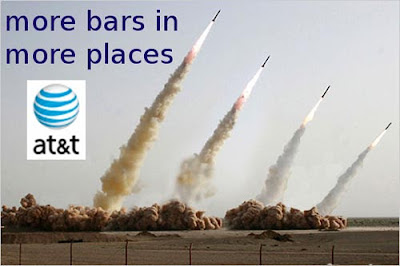 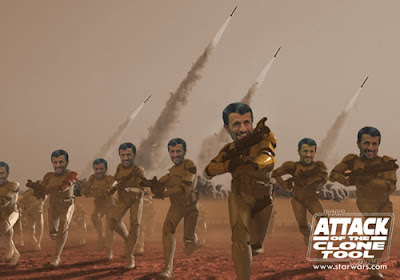 Annotations by The New York Times; Photograph via Agence France-Presse
In a photo released by Iran and used by several news sites and papers, the second missile from the right (circled in red) appears to replicate another (circled in orange).
One of the missiles appears to be merely a copied image. But by the time that fact was reported, the photo had appeared on the front pages of The Los Angeles Times, The Financial Times, The Chicago Tribune and several other newspapers as well as on many major news Web sites, including nytimes.com, BBC News, MSNBC and Yahoo! News.

State-run media in Iran said that during war game maneuvers on Wednesday, the Revolutionary Guards test-fired several long- and medium-range missiles, including one that the government in Tehran said could reach Israel.

Agence France-Presse, which distributed the image of the four missiles to the West, said it was obtained on Wednesday from the Web site of Sepah News, the media arm of the Revolutionary Guards.

On Thursday, The Associated Press released what appeared to be a nearly identical photo, but Little Green Footballs a conservative blog, identified the altered image on its site on Wednesday night . Last year the blog pointed out a manipulated image that had been distributed by Iran’s semiofficial Fars News Agency. As in the case of Wednesday’s photograph and many others that the site has uncovered, the one from 2007 appeared to contain several cloned elements.

Iranian leaders have overstated military developments in the past. “They’ve made some exaggerated claims from time to time,” said Gary Sick, an expert on Iran at Columbia University. “They clearly want the world to be impressed with their missile capability.”

Agence France-Presse retracted its original image on Thursday morning, saying the fourth missile “has apparently been added in digital retouch to cover a grounded missile that may have failed during the test.”

American intelligence officials had larger questions on exactly how many missiles had been fired. One defense official said that “at least 7, and possibly up to 10,” had taken flight in all, although the intelligence data was still being sorted out. 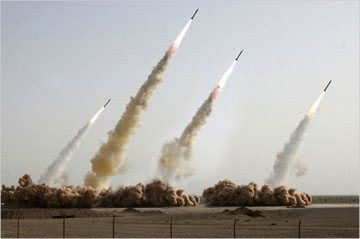 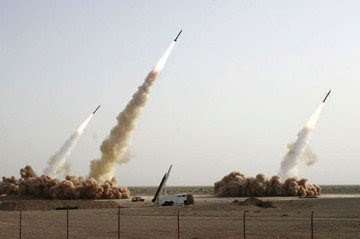 Posted by Steve Douglass at 5:33 AM No comments: