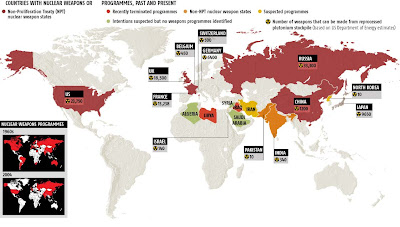 Clinic shooting report depicts troubled suspect: "BAGHDAD — An American soldier who is accused of killing five fellow troops at a counseling center in Iraq had been unraveling for nearly two weeks, but the U.S. military lacked clear procedures to monitor him or deal with the deadly shooting spree once it began to unfold, a military report found.

The shootings at a U.S. base in Baghdad in May were the deadliest case of U.S. soldier-on-soldier violence of the six-year Iraq war. Sgt. John M. Russell, 44, was arrested and is the only person charged in the incident.The shooting deaths drew attention to the issues of combat stress and morale as troops have to increasingly serve multiple combat tours because the nation’s volunteer army is stretched thin by two long-running wars.

The extensive 325-page report, released Friday and obtained Tuesday by The Associated Press, included detailed witness statements and paints a picture of a soldier less than two months from the end of his third deployment who began to show obvious signs of unraveling weeks before the clinic shootings.While all the names, including Russell’s, have been removed from the report, it refers to the person taken into custody as well as his unit, the 54th Engineer Battalion.The internal investigation was ordered by Lt. Gen. Charles Jacoby, the No. 2 commander in Iraq, who appointed an investigating officer to determine if policies regarding ‘service members who are believed to be at risk of harming themselves or others, were followed and adequate,’ said military spokesman Lt. Col. David Patterson.A criminal investigation by the military is ongoing.Elizabeth Ann Russell, the mother of the accused, told AP she had no comment, and the military did not answer requests for information as to Russell’s whereabouts and whether he was represented by legal counsel.In previous interviews,

Russell’s family described him as a kindhearted man who so loved his country that he joined the military. However, Russell’s father also wondered whether his son snapped under questioning by counselors, or feared that his career was over.Dozens of pages were redacted from the report, including key materials such as the criminal investigation report. The report was originally posted on the Web site of the U.S. military headquarters in Iraq.The U.S. military in Iraq said the ‘candid review’ is one of the tools used to prevent such incidents in the future, and Patterson said the military in Iraq had already implemented some of the investigation’s recommendations.The report describes a man whose problems were known and who received some counseling, yet at critical times did not appear to get the help he needed.Russell, who faces charges of murder and aggravated assault, was on his fourth visit to a mental health clinic in Iraq when the appointment was cut short because he became ‘verbally noncompliant,’ the report stated.

Clinic personnel then called the military police, who declined to arrest him and just ordered him returned to his unit.Less than an hour later, the report said he managed to grab a loaded M16 rifle from a fellow soldier and steal a white Ford Explorer SUV, before going back to the counseling facility.In the days leading up to the incident, many of Russell’s fellow soldiers had noticed that his behavior appeared to be ‘deteriorating,’ the report stated.According to one statement, Russell, who spent one of his tours in the western city of Ramadi during the height of the conflict there, said he was ‘sick and tired of life and believed everyone hated him.’On the morning of May 11, the day of the shooting,

Russell was taken by a member of his worried unit to the Camp Liberty Combat Stress Control Clinic, according to the report.The report said that although the unit knew of Russell’s suicidal thoughts at least three to four days prior to the incident, little appeared to have been done to effectively monitor him.‘There is no clear procedure or established training guidelines in any of the references for managing soldiers identified as ‘at risk’ for suicide or the proper way to conduct suicide watch,’ the report stated.According to the statement of one of the military police officers involved in the incident, he asked Russell’s company commander whether the sergeant had been on ‘unit watch’ and what that meant.The company commander said his roommate would try to keep an eye on him, but that they didn’t have a 24-hour watch on him until the morning of the shootings.‘I asked him why he had not been on 24 hour a day watch since he first communicated his suicidal thoughts and he replied: ‘I know this sounds bad but we don’t have the personnel available,’ ’ the statement read.A breakdown in communication also contributed to the deadly series of events.

One section of the report describes how units responding, instead of reacting immediately, had to meet up in person to coordinate their actions because radio communication was poor.Additionally, nobody alerted the counseling clinic that Russell had stolen a weapon and a vehicle, the report said.Although Russell told several people — including a chaplain and a worker at the counseling clinic — that he was contemplating suicide, others appeared to have doubts about the seriousness of the situation.The report was also critical of the military police who responded to the incident, saying they did not have enough policies to ‘warn and protect possible victims when informed of a credible threat.’The military has already implemented some of the report’s recommendations, such as a ‘command-wide review of behavioral health care services, updates to all suicide-prevention programs, training and appointing two behavioral health advocates per battalion, and executing new procedures for dealing with service members attempting and/or threatening suicide,’ Patterson said.

The U.S. military has become increasingly concerned about mental health in the ranks after a steady rise in suicides — which the Army says have increased worldwide from at least 102 in 2006 to 140 last year. As of April, the Army had reported at least 48 suicides.Thousands of other veterans are believed to suffer flashbacks, nightmares or fits of anger as they attempt to readjust to civilian life.———Associated Press Writers Kimberly Hefling in Washington and Schuyler Dixon in Dallas contributed to this report."

Posted by Steve Douglass at 12:23 PM No comments: