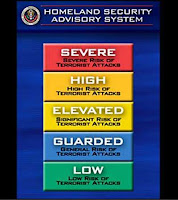 (WASHINGTON) A terror investigation spanning from New York to Denver is prompting the Department of Homeland Security to issue security bulletins to local law enforcement.

Authorities say more arrests may be coming in a widening U.S. terror investigation. At the center of the investigation, three men have been charged with lying to federal agents. Najibullah Zazi, his father, and Muslim cleric Ahmad Afzali were arrested over the weekend in what the Justice Department has said was a plot to detonate bombs in the United States. They have all denied the allegations.

Afzali, who--authorities reported--had been working with the FBI, is accused of trying to tip off Zazi that he was being monitored; a claim his lawyer denies. The authorities generally requested that the imam find out anyway he can where Zazi is, where he has been, where he's going and what he is up to, only to later learn that Zazi was coming to New York with the purpose of carrying out a terrorist attack.

All three suspects are from Afghanistan and were in the United States legally, which one former CIA officer said is troubling. "This is our nightmare," the former CIA official said. The military would call this having somebody "inside the wire." Zazi doesn't need to go through immigration or customs although they probably noticed him traveling to Pakistan.
While there is no information regarding the specific timing, location or target of any alleged planned attack, there are still concerns and that has prompted the Department of Homeland Security to issue new warnings about the vulnerability of so-called soft targets--namely, transportation hubs, subways, buses, and other vulnerable "soft" locations.

Federal counter-terrorism officials are urging law enforcement and private companies to be more vigilant at entertainment complexes and hotels specifically.
Posted by Steve Douglass at 11:39 PM No comments:

Buff in the Amarillo pattern tonight ...

Doom 99 was his callsign. Gave his base as NAS Ft Worth/Carswell. Flew over the apartments three times tonight.
Gotta love the BUFF! 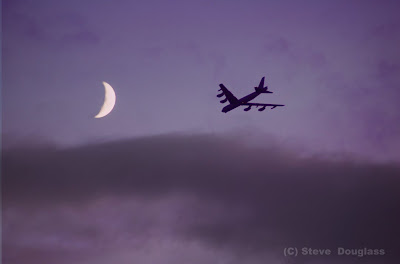 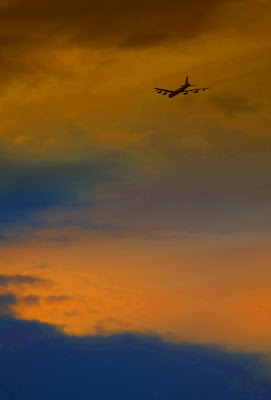 Posted by Steve Douglass at 5:58 PM No comments: