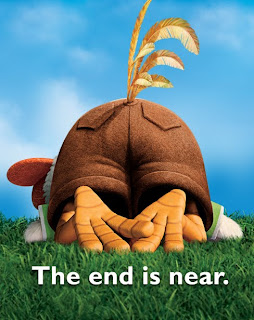 NYTIMES: MOSCOW — The North Korean government on Friday advised Russia and other countries to consider evacuating their embassies in Pyongyang amid rising tension there, Russia’s foreign minister said.
British officials said that they had received a similar communication, but that there were no immediate plans to evacuate the British Embassy.

Analysts in Russia and South Korea suggested that the North’s advisory was not an indication that Pyongyang was considering military action but was instead part of an unrelenting drumbeat of threats calculated to frighten the United States and its Asian allies, possibly to force concessions including much-needed aid.

“I don’t think they are doing this because they think there is going to be a war,” said Kim Yong-hyun, a professor of North Korean studies in Dongguk University in Seoul, South Korea. “Rather, this is part of a calculated, psychological campaign to increase a sense of crisis and get international attention.”

Aleksandr Zhebin, a leading Korean expert at the Russian Academy of Sciences, also played down the significance in a statement to the Interfax news agency: “If Pyongyang were getting ready for an armed conflict in earnest, it would hardly have asked the foreign missions to leave the country,” because the presence of diplomats, especially from Russia and China, could help shield the city in case of military conflict.

He also said North Korea’s advisory was not accompanied by any moves indicating that the North was preparing for large-scale hostilities, like mobilizing reservists, and suggested that Friday’s warning might be aimed at enlisting help from Moscow and Beijing, both potential advocates, as the United States strengthens its military presence in the region.

In any case, the advisory appeared to cause confusion among the countries that were notified, a relatively small group, since few nations maintain embassies in the isolated and often belligerent North.

“We are very concerned about the increase in tension, so far verbal,” he told reporters traveling with him in Uzbekistan, according to an official transcript. “We want to understand the reasons for this proposal to evacuate embassies.” He said it also remained unclear if the North Koreans were actually ordering diplomats to leave despite their indication that it was a proposal meant to guarantee diplomats’ safety in the event of a conflict.

Mr. Lavrov said Russia was consulting with officials from the United States, China, South Korea and Japan on the matter.

“Prevention of military operations on the Korean Peninsula is imperative,” the statement said. “We consider the policy of stirring up military tension as absolutely unacceptable, and we hope for the parties’ maximum restraint.”

The British Foreign Office also expressed confusion, first issuing a statement suggesting that the North had said it would be unable to guarantee the safety of embassies “in the event of conflict from April 10,” raising the possibility that it was planning some action. But the foreign office later said that was a misinterpretation and that the North had asked diplomats to let Pyongyang know by that date if they needed help moving from the embassies.

In a statement, the foreign office also condemned North Korea for ratcheting up tensions “through a series of public statements and other provocations.”