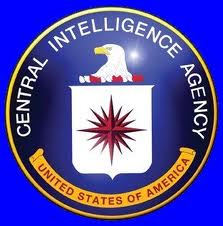 USA TODAY  WASHINGTON—CIA Director David Petraeus announced Friday afternoon that he has resigned from his post, acknowledging that he had shown "extremely poor judgement by engaging in an extramarital affair."
A federal law enforcement official said the relationship was discovered by the FBI during the course of an unrelated security investigation. Subsequently, a number of e-mails concerning the relationship were discovered, said the official who is not authorized to comment publicly on the matter.
The bulk of the e-mails were believed to be from Petraeus to Paula Broadwell, a writer and military analyst who wrote a glowing biography of the CIA director, the official said. Aspects of the FBI investigation were continuing, but the official declined to comment on possible targets of the inquiry.
"Yesterday afternoon, I went to the White House and asked the President to be allowed, for personal reasons, to resign from my position as D/CIA," Petraeus wrote. "After being married for over 37 years, I showed extremely poor judgment by engaging in an extramarital affair. Such behavior is unacceptable, both as a husband and as the leader of an organization such as ours. This afternoon, the President graciously accepted my resignation."


In a letter to CIA personnel, Petraeus, 60, said he met with President Obama on Thursday and asked to resign because of personal reasons. Obama accepted his resignation Friday, Petraeus said.
Petraeus' wife, Holly, is an assistant director of the U.S. Consumer Financial Protection Bureau, charged with advocating on behalf of military service members and their families.
Obama praised Petraeus in a statement Friday and said Michael Morell, Petraeus' deputy, will step in as acting director.
"David Petraeus has provided extraordinary service to the United States for decades. By any measure, he was one of the outstanding General officers of his generation, helping our military adapt to new challenges, and leading our men and women in uniform through a remarkable period of service in Iraq and Afghanistan, where he helped our nation put those wars on a path to a responsible end," Obama said. "As Director of the Central Intelligence Agency, he has continued to serve with characteristic intellectual rigor, dedication, and patriotism. By any measure, through his lifetime of service David Petraeus has made our country safer and stronger.

"Today, I accepted his resignation as Director of the Central Intelligence Agency. I am completely confident that the CIA will continue to thrive and carry out its essential mission, and I have the utmost confidence in Acting Director Michael Morell and the men and women of the CIA who work every day to keep our nation safe. Going forward, my thoughts and prayers are with Dave and Holly Petraeus, who has done so much to help military families through her own work. I wish them the very best at this difficult time."
Morell is a career CIA officer and began his career at the agency as an analyst tracking international energy issues, then worked for 14 years as an analyst and manager on East Asia. He has held several leadership positions at the agency. Two administration officials said it was too early to say who might be in line to replace Petraeus, and that Morrell could serve as acting director for several months.
Petraeus, a retired four-star general who previously served as top commander in Iraq and Afghanistan, was arguably the most vaunted military officer of a generation.
"From his long, illustrious Army career to his leadership at the helm of CIA, Dave has redefined what it means to serve and sacrifice for one's country," Director of National Intelligence James Clapper said in a statement.
The resignation comes at a difficult time for the agency and Obama administration, which has been under intense scrutiny from Republican lawmakers for the September attack on a U.S. facility in Benghazi, Libya, that left four Americans -- including the Ambassador Christopher Stevens and two CIA contractors -- dead. Petraeus and other top U.S. intelligence officials were scheduled to speak next week at a closed-door session of the Senate Intelligence Committee about the Benghazi incident.
Petraeus took over as head of the CIA in September of 2011 following his tour as head of allied forces in Afghanistan.
The CIA director's bombshell took former military colleagues by surprise.
Peter Mansoor, a retired Army colonel who served as Petraeus' executive officer in 2007 and 2008 during the surge strategy, said, "It just goes to show were all human."
Gen. Jack Keane, a retired Army general and longtime mentor to Petraeus, said he learned about Petraeus' resignation from news reports this afternoon. Keane helped formulate the surge strategy in Iraq, which Petraeus carried out.
Keane said he was saddened by the news and considers Petraeus "the most accomplished general of ourgeneration" and compared his legacy to that of the legendary battle leaders of World War II. Petraeus is responsible for "turning around two wars," Keane said, referring to Iraq and Afghanistan. "Only Gen.MacArthur had that opportunity and he only succeeded at one," he said. MacArthur was relieved during the Korean War.
Keane said Petraeus would have wanted Obama to accept his resignation. "Knowing Gen. Petraeus he would not want the president to do anything but accept the resignation," Keane said. "He would not want to put the president in an awkward situation."
Keane predicted that Petraeus may emerge later in a prominent role, though he is not interested in elected office. "He's absolutely adamant about never desiring to seek political office."
"The world has not seen the last of Dave Petraeus," Keane said. "He has far too much to offer."
Steve Boylan, a retired Army colonel who served as Petraeus' chief spokesman for three years, said he "never would have expected" him to resign under these circumstances.
"A lot of people have put him on a very high pedestal," Boylan said. "People tend to forget that he is human and people do make mistakes….I can only suspect that in his own mind he felt he was doing the honorable thing by resigning."
Several lawmakers praised Petraeus following the announcement he was stepping down.
"General David Petraeus will stand in the ranks of America's greatest military heroes," said Sen. John McCain, the ranking member of the Senate Armed Services Committee. "His inspirational leadership and his genius were directly responsible – after years of failure – for the success of the surge in Iraq. General Petraeus has devoted his life to serving the country he loves, and America is so much the better for it."
In addition to Petraeus, two other top-level administration officials, Treasury Secretary Timothy Geithner and Secretary of State Hillary Rodham Clinton, are also expected to soon leave the Obama administration.
Attorney General Eric Holder said on Thursday he's also weighing whether he will remain for Obama's second term.

Posted by Steve Douglass at 7:08 AM No comments: