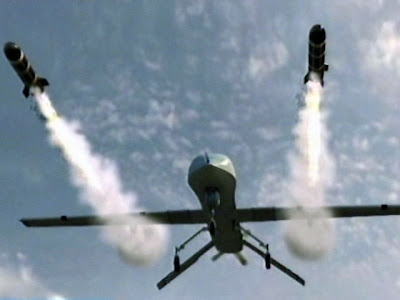 (CNN) -- A week after the senior Haqqani network leader in Afghanistan was captured, a coalition airstrike killed one of his associates, NATO's International Security Assistance Force said on Wednesday.

Dilawar, known by one name, died in the Musa Khel district of eastern Afghanistan's Khost province on Tuesday in what ISAF called "another significant milestone in the disruption of the Haqqani network." Two other militants were killed in what was an Afghan-coalition operation, ISAF said.

Dilawar was a "senior Haqqani leader" and "a principal subordinate" to Haji Mali Khan, whose capture in Paktia province last Tuesday was hailed as a blow against the network, widely regarded as one of the most effective militant groups in Afghanistan.

Western officials believe the Haqqanis were involved in the assassination last month of Burhanuddin Rabbani, the chairman of Afghanistan's High Peace Council, and a June attack on the Intercontinental Hotel in Kabul.

Dilawar planned attacks with Mali Khan, including an ambush on Afghan forces in Paktia last month.

ISAF said security forces have conducted more than 530 operations this year "to disrupt Haqqani network activities in eastern Afghanistan. It said the effort led to the deaths of 20 network leaders and the capture of more than 1,400 suspected Haqqani insurgents. Around 1,400 suspected Haqqani insurgents had been captured this year, 100 since the start of October alone, and 20 network leaders killed, NATO said.

The Haqqani network is one of three Taliban-allied insurgent factions fighting in Afghanistan and perhaps the most feared -- they are thought to have introduced suicide bombing to the country and be behind many high-profile attacks.

They have sworn allegiance to the Taliban, but have long been suspected of also having ties to Pakistan's spy agency, the Inter-Services Intelligence (ISI) directorate.

The outgoing chairman of the U.S. Joint Chiefs of Staff, Admiral Mike Mullen, testified before the U.S. Senate after an attack on the U.S. embassy and NATO headquarters in Kabul believed to be the work of the group, that the Haqqani network was a "veritable arm" of the ISI.

Sirajuddin Haqqani, who heads the group, says it no longer needs sanctuaries in Pakistan and it feels safe operating in Afghanistan.Around 1,400 suspected Haqqani insurgents had been captured this year, 100 since the start of October alone, and 20 network leaders killed, NATO said.
Posted by Steve Douglass at 5:36 AM No comments: