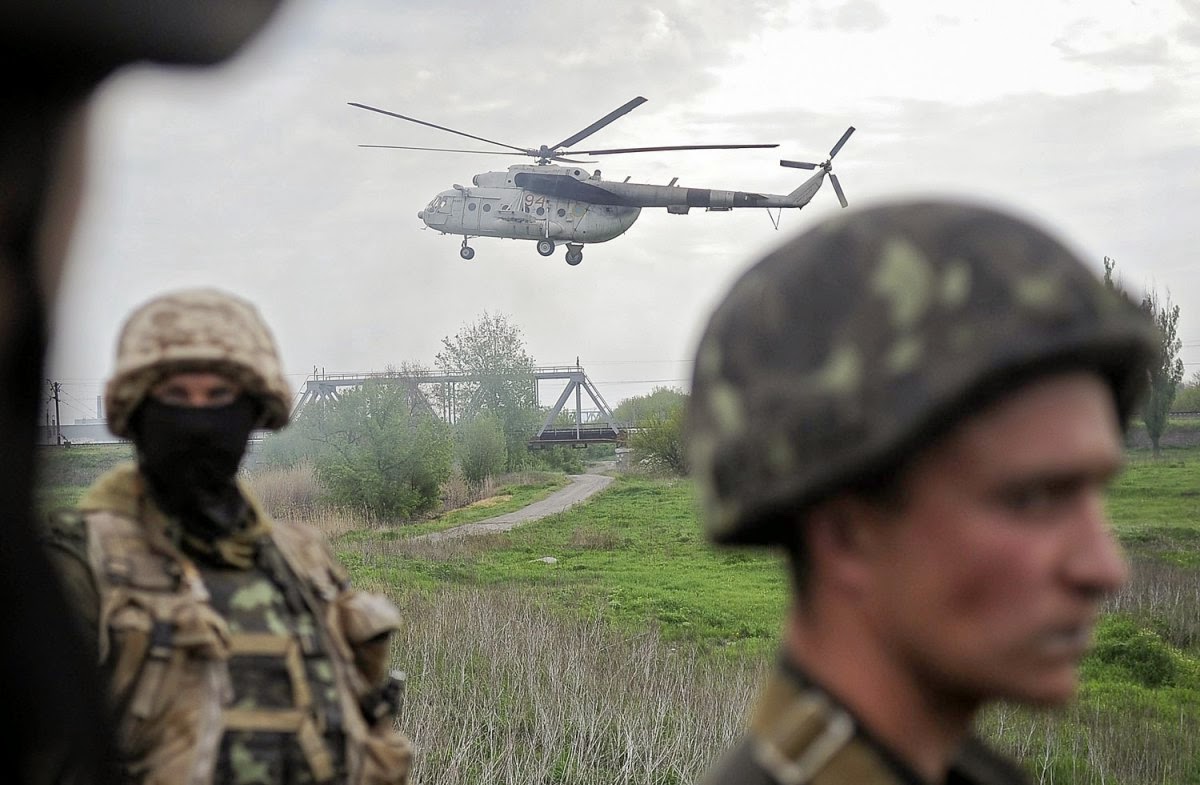 TIME: The mayor of separatist-held Slavyansk, in the country's restive eastern region, claimed on Friday that pro-Russian insurgents shot down several helicopters as the Ukrainian military launched an unspecified operation near the city

The tense situation in eastern Ukraine appeared in danger of spiraling out of control Friday, as the government launched its first big assault on pro-Russian insurgents occupying cities, the insurgents shot down government helicopters, and Russia said the renewed violence that killed at least three people had ended any hope of a peaceful end to the standoff.

The insurgent-appointed mayor of the east Ukrainian city of Slavyansk, Vyacheslav Ponomarev, claimed that pro-Russian forces occupying the city shot down helicopters on Friday morning as the Ukrainian military kicked off an operation near the rebel enclave, the Associated Press reports. There were conflicting reports about how many helicopters were shot down—Russian state news outlet RT reported that at least three helicopters had been downed by pro-Kremlin militia fighters, but that couldn’t be immediately confirmed and other reports said two choppers were downed. At least one helicopter pilot was killed during the fighting, while another had been detained, the AP reports.

That came after the Ukrainian military launched an unspecified operation near the rebel-held city on Friday morning, with news of sporadic gunfire and explosions erupting on the city outskirts. The new pro-Western government in Kiev has been grappling with Russian encroachment for month, starting with a crisis in Crimea that led Russia to eventually annex the peninsula, and more recently with insurgents who have been occupying buildings in several Russian cities.

Russia signaled that the latest violence would doom any hope of a sustaining a peace deal that was reached last month in Geneva, one the United States and Ukraine have accused Russia of never respecting in the first place. Dmitri S. Peskov, a spokesman for Russian President Vladimir Putin, called the latest Ukrainian military moves a “punitive operation” that had killed “all hope for the viability of the Geneva agreements,” the New York Times reports
Posted by Steve Douglass at 5:51 AM 1 comment: