Space Station may have to be abandoned

The failure of a Soyuz rocket to send a supply ship into space last week may mean that the International Space Station will have to be temporarily abandoned for the first time since 2000, Florida Today reports.

Russian space vehicles are the only means of ferrying crews and supplies to the station now that the U.S. space shuttle program has ended.

As a result, plans to launch a new crew to the station on Sept. 21 have been postponed indefinitely while Russian officials investigate why the rocket failed.

First, is the imminent expiration date of the "certified orbital lifetimes" of two Soyuz "lifeboats" now attached to the station. The second involves flight rules that call for crews to return to Earth during daylight.

Three of the crewmembers aboard the station -- two Russians and an American -- have already delayed their planned Sept. 8 return by a week while the probee continues.

They will likely return before Sept. 19 -- the last daylight landing opportunity that month in the central steppes of Kazakhstan, Florida Today reports.

The next opportunity would not come until Oct. 27, about 10 days beyond the 200-day "certified orbital lifetime" of their Soyuz taxi back home.

Otherwise, the certified life of their Soyuz spacecraft will expire before the next daylight opportunity rolls around in late December, the newspaper says.
Posted by Steve Douglass at 10:01 AM No comments: 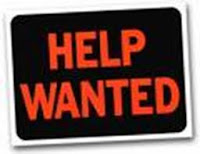 WASHINGTON (AP) — Al-Qaida's second-in-command, Atiyah Abd al-Rahman, has been killed in Pakistan, delivering another big blow to a terrorist group that the U.S. believes to be on the verge of defeat, U.S. officials said Saturday.
The Libyan national had been the network's operational leader before rising to al-Qaida's No. 2 spot after the U.S. killed al-Qaida leader Osama bin Laden during a raid on his Pakistan compound in May.

Defense Secretary Leon Panetta said last month that al-Qaida's defeat was within reach if the U.S. could mount a string of successful attacks on the group's weakened leadership.
"Now is the moment, following what happened with bin Laden, to put maximum pressure on them," Panetta said, "because I do believe that if we continue this effort we can really cripple al-Qaida as a major threat."
Since bin Laden's death, al-Qaida's structure has been unsettled and U.S. officials have hoped to capitalize on that. The more uncertain the leadership, the harder it is for al-Qaida to operate covertly and plan attacks.

Bin Laden's longtime deputy, Ayman al-Zawahiri, is running the group but is considered a divisive figure who lacks the founder's charisma and ability to galvanize al-Qaida's disparate franchises.
A U.S. official, who spoke on condition of anonymity to summarize the government's intelligence on al-Rahman, said al-Rahman's death will make it harder for Zawahiri to oversee what is considered an increasingly weakened organization.

"Zawahiri needed Atiyah's experience and connections to help manage al-Qaida," the official said.
Al-Rahman was killed Aug. 22 in the lawless Pakistani tribal region of Waziristan, according to a senior administration who also insisted on anonymity to discuss intelligence issues.
The official would not say how al-Rahman was killed. But his death came on the same day that a CIA drone strike was reported in Waziristan. Such strikes by unmanned aircraft are Washington's weapon of choice for killing terrorists in the mountainous, hard-to-reach area along the Pakistan-Afghanistan border.
Posted by Steve Douglass at 6:06 AM No comments: