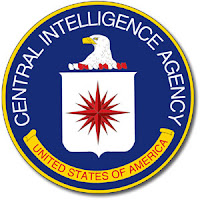 Officials say at least three individuals are being sought. One of the suspects is believed to be an American citizen. They are suspected of entering the country in August.

Intelligence officials believe the suspects entered the country with the intent to launch a vehicle-borne attack around the 10-year anniversary of the attacks of September 11, 2001.

The information on the plot was "very specific," said one official.

According to a White House official: "The President was briefed on this specific threat information this morning and has been updated on it throughout the day. The United States government has already significantly enhanced its security posture in advance of the 9/11 anniversary to protect the country against possible terrorist threats. Nevertheless, the President directed the counterterrorism community to redouble its efforts in response to this credible but unconfirmed information."

Authorities were searching for at least two rental trucks Thursday evening, a Penske and a Budget, in the country, but did not specify where or if that search was connected to the plot. A short time later both trucks were located. They appeared not to be connected to those being sought.

As news of the information became public, authorities began weighing whether to raise the national threat level.

The suspected terrorists are believed to have embarked on their journey to the U.S. from Afghanistan or Pakistan, according to two senior officials. One official said the route may have taken them through at least one other country, possibly Iran. Another news organization reported that they embarked from "the Pakistan area."

In a statement, Department of Homeland Security spokesman Matthew Chandler said, "As we know from the intelligence gathered from the Osama bin Laden raid, al Qaeda has shown an interest in important dates and anniversaries, such as 9/11. In this instance, it's accurate that there is specific, credible but unconfirmed threat information."

"As we always do before important dates like the anniversary of 9/11, we will undoubtedly get more reporting in the coming days," said Chandler. "Sometimes this reporting is credible and warrants intense focus, other times it lacks credibility and is highly unlikely to be reflective of real plots underway. Regardless, we take all threat reporting seriously, and we have taken, and will continue to take all steps necessary to mitigate any threats that arise. We continue to ask the American people to remain vigilant as we head into the weekend."

"Over the next few days we should all keep our eyes wide open," said Bloomberg. But, he added "For 10 years we have not allowed terrorists to intimidate us."

New York City Police Commissioner Ray Kelly also spoke at the news conference. He said there would be increased traffic checkpoints as a result of the possible threat and as the 9/11 anniversary approaches.

There will also be increased towing of illegally parked cars, Kelly said.

ABC NEWS:
U.S. authorities are scrambling to sort through information that the CIA developed in the past 24 hours indicating that at least three individuals entered the U.S. in August by air with the intent to launch a vehicle-borne attack against Washington, D.C. or New York around the anniversary of 9/11, according to intelligence officials.

Intelligence and law enforcement officials told ABC News that at least one of the individuals is a U.S. citizen and one official said that two of the individuals may have had U.S. documentation -- whether green cards or passports was unclear.

The threat was described as specific and credible by federal officials. "Al Qaeda has shown an interest in important dates and anniversaries. In this instance it is accurate that there is credible, specific but unconfirmed information," said Janice Fedarcyk, FBI Assistant Special Agent in Charge of the New York office, at a Thursday evening press conference.

At a the same press conference, New York City Mayor Mike Bloomberg said the NYPD was already on alert because the anniversary is seen by terrorists as an opportune time to strike, and would be deploying additional resources around the city. He also said that the threat was credible and had to be taken seriously, though "it has not been corroborated."

"We do live in a world where we must take these threats seriously and we certainly will," said Bloomberg.

As news of the information became public, authorities began weighing whether to raise the national threat level. The FBI and the Department of Homeland Security have sent a bulletin to 18,000 law enforcement agencies around the country warning them of the potential plot. The bulletin notes that al Qaeda might seek revenge for the death of bin Laden and other key figures on a symbolic date like the anniversary of 9/11.

Although authorities said they had not yet identified the suspects, they are looking at multiple names of individuals who entered the U.S. after mid-August. The operatives are believed to have embarked on their journey to the U.S. from the tribal areas of Pakistan, according to two senior officials. One official said the route may have taken them through Dubai.

The information on the plot was "very specific " said one official, adding " It seems like the information has been worked for a while." A second and third official confirmed the specifics of the possible plot added that a declassified bulletin is expected to be issued shortly.

UPDATE: New York Mayor Michael Bloomberg told New Yorkers to carry on with their lives, adding that he planned to take the subway in the morning.

“There is no reason for any of the rest of us to change our daily routines,” Mr Bloomberg said.

“The best thing to do to fight terrorism is to refuse to be intimidated by it.”

New York police commissioner Ray Kelly said measures were already in place but in light of the information, police would be taking additional measures and increase its presence by a third.

He said the public could expect to see heavily armed police and bomb dogs in public places, and tunnels and bridges would be swept for bombs.

This includes police with "heavy weapons" stationed outside Manhattan.

“The public is likely to see and may be inconvenienced by vehicle checkpoints throughout the city,” Mr Kelly said.

He said people could expect to have their bags checked on subways and bomb dogs would be present across the city. Extra security would be in place at landmark locations, houses of worship and illegally parked cars would be towed away.

Guards will be most visibly deployed at Pennsylvania Station, Times Square and Grand Central stations.

Mr Bloomberg, who some accused of over-reacting as Hurricane Irene approached the city last week, took a much cooler approach to the apparent terror threat.

Ms Fedarcyk began her statement to the media by referring to certain information that had been culled from bin Laden’s compound. She said intelligence networks had come to expect an increase in reports on any 9/11 anniversary.

“Sometimes this reporting is credible, and warrants intense focus,” she said. “Other times it lacks credibility and is highly unlikely to be reflective of real plots underway.”

She said that regardless, the information would be taken seriously.

Ms Fedarcyk said the law enforcement would in days ahead try to understand the threat, but said New York was acting out of diligence.

Pressed on what the specific threat was, Ms Fedarcyk would not elaborate but suggested people look at information already in the public domain after the raid on bin Laden’s compound, and to consider that terrorists considered anniversary dates as good opportunities.

None of the three spokespeople mentioned earlier reports that Washington DC, and other capital cities, had been part of the specific threat.

In that assessment, the Department of Homeland Security said in a statement: "There is specific, credible but unconfirmed threat information."

"We have taken, and will continue to take all steps necessary to mitigate any threats that arise.

"As we know from the intelligence gathered from the OBL (Osama bin Laden) raid, AQ (al Qaida) has shown an interest in important dates and anniversaries, such as 9/11."

The threat is believed to involve either New York City, Washington, DC, or both, and involves car bombs.

It is believed to have been picked up in monitoring of "chatter" from the tribal areas of Pakistan.

US President Barack Obama ordered counter-terrorism officials to boost their efforts as they probe the threat.

A White House official said Mr Obama "directed the counter-terrorism community to redouble its efforts in response to this credible but unconfirmed information''.

"The President was briefed on this specific threat information this morning and has been updated on it throughout the day,'' the official said.

"The United States government has already significantly enhanced its security posture in advance of the 9/11 anniversary to protect the country against possible terrorist threats."

Authorities said they had information on some possible suspects tied to al-Qaida, but not necessarily names.

The FBI and Department of Homeland Security were drafting a bulletin today to send to local law enforcement across the country.

"We have a duty to warn," the senior US official said.

US officials have been saying for days that there is no known credible threat related to the anniversary. But when asked today whether that's still the case, Homeland Security Secretary Janet Napolitano seemed to at first hesitate.

"It is still the case that we don't have something that would reach that standard, but we still have lots of chatter out there," she said.

There were documents found inside Osama bin Laden's compound in Abbottabad, Pakistan, that mentioned aspirations to strike on the tenth anniversary of the 2001 attacks.

The news comes after Obama revealed he "took a gamble" in giving the green light for the raid on bin Laden's hideout, with the mission nearly called off at the last minute.
Posted by Steve Douglass at 5:39 PM No comments:

Jihadist chatter ramping up the closer we get to 9-11 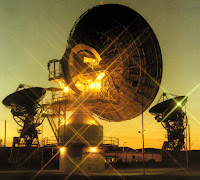 Washington (CNN) -- Intelligence officials have picked up "lots of chatter" on jihadi websites and elsewhere about the impending 10th anniversary of the September 11 terrorist attacks, but nothing yet that warrants issuing a threat advisory, Homeland Security Secretary Janet Napolitano said Thursday.

Nonetheless, the department will be at a heightened level of readiness as the nation commemorates the anniversary, "staffing up" Federal Air Marshals and other agencies.
"We don't have something that would reach that standard (of a credible threat), but we still have lots of chatter out there. And we take every bit of that seriously and are tracking it down," Napolitano said.

Napolitano said it is not uncommon to see increased chatter before major events. "We know it's an iconic day to al Qaeda, in part because of what was found at the (Osama bin Laden) compound. So we are preparing accordingly," she said.

"I don't want to give those (details) out because I don't want to tell the bad guys exactly what we're doing," Napolitano said. "But I think it's fair to say that in addition to asking citizens to be vigilant and so forth, that we have ourselves leaned forward and have made sure that we are doing all that we can from the DHS perspective."

The Homeland Security chief's comments came in response to questions at a briefing with reporters in Washington
Posted by Steve Douglass at 2:30 PM No comments: