DIA spinning out hundreds of spies/collectors. 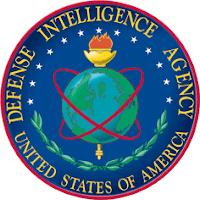 
The Pentagon will send hundreds of additional spies overseas as part of an ambitious plan to assemble an espionage network that rivals the CIA in size, U.S. officials said.

The project is aimed at transforming the Defense Intelligence Agency, which has been dominated for the past decade by the demands of two wars, into a spy service focused on emerging threats and more closely aligned with the CIA and elite military commando units.

When the expansion is complete, the DIA is expected to have as many as 1,600 “collectors” in positions around the world, an unprecedented total for an agency whose presence abroad numbered in the triple digits in recent years.

The total includes military attachés and others who do not work undercover. But U.S. officials said the growth will be driven over a five-year period by the deployment of a new generation of clandestine operatives. They will be trained by the CIA and often work with the U.S. Joint Special Operations Command, but they will get their spying assignments from the Department of Defense.

“This is not a marginal adjustment for DIA,” the agency’s director, Lt. Gen. Michael T. Flynn, said at a recent conference, during which he outlined the changes but did not describe them in detail. “This is a major adjustment for national security.”

The sharp increase in DIA undercover operatives is part of a far-reaching trend: a convergence of the military and intelligence agencies that has blurred their once-distinct missions, capabilities and even their leadership ranks.

Through its drone program, the CIA now accounts for a majority of lethal U.S. operations outside the Afghan war zone. At the same time, the Pentagon’s plan to create what it calls the Defense Clandestine Service, or DCS, reflects the military’s latest and largest foray into secret intelligence work.

The DIA overhaul — combined with the growth of the CIA since the Sept. 11, 2001, terrorist attacks — will create a spy network of unprecedented size. The plan reflects the Obama administration’s affinity for espionage and covert action over conventional force. It also fits in with the administration’s efforts to codify its counterterrorism policies for a sustained conflict and assemble the pieces abroad necessary to carry it out.

Unlike the CIA, the Pentagon’s spy agency is not authorized to conduct covert operations that go beyond intelligence gathering, such as drone strikes, political sabotage or arming militants.

But the DIA has long played a major role in assessing and identifying targets for the U.S. military, which in recent years has assembled a constellation of drone bases stretching from Afghanistan to East Africa.

The expansion of the agency’s clandestine role is likely to heighten concerns that it will be accompanied by an escalation in lethal strikes and other operations outside public view. Because of differences in legal authorities, the military isn’t subject to the same congressional notification requirements as the CIA, leading to potential oversight gaps.

READ THE REST HERE AT THE WASHINGTON POST
Posted by Steve Douglass at 6:13 AM No comments:

The attack, described as "complex," began shortly before sunrise when insurgents attacked three different points at Forward Operating Base Fenty, near the Jalalabad Airfield, according to the NATO-led International Assistance Security Forces' regional command in Nangarhar province.

It's the latest in a series of attacks in recent years that has targeted the base, and it comes just months after NATO troops turned over security responsibilities for Nangarhar province to Afghan forces.

There were conflicting reports over casualties. ISAF said the attack left at least one Afghan solider dead and several wounded.

There were no immediate reports of any U.S. casualties.

The attack began shortly after 5 a.m. when insurgents detonated a car bomb near the front gate of the base, according to Mashriqwal.

A second suicide car bomb attempting to breach the base exploded after U.S. and Afghan troops opened fire, Mashriqwal said. A third car bomb, according to the coalition, was detonated outside the base's perimeter.

The insurgents -- three suicide bombers and six gunmen -- were killed in the blasts and the firefight that ensued, Mashriqwal said.

Taliban spokesman Zabiullah Mujahid claimed responsibility for the attack in a telephone call to CNN.

Mujahid said there were two suicide car bombs and a suicide bomber with an explosive belt used in the attack, which he claimed killed at least 20 people.

The Taliban routinely makes telephone calls or sends out emails claiming responsibility for attacks against coalition and Afghan troops.

The province borders Pakistan's volatile Khyber Pakhtunkhwa province, home to a number of insurgent groups, including members of the Haqqani Network.

Insurgents have been active in Nangarhar, which is home to the Tora Bora region -- where al Qaeda founder Osama bin Laden escaped after a 2001 battle with coalition forces.

Sunday's attack at FOB Fenty is the latest in a series to target the base and neighboring Jalalabad Airfield.

In February, nine people were killed and 12 wounded in a suicide bombing at the front gate of the base near the airfield. Two moths later, four suicide bombers wearing women's burqas tried to launch an attack there, airfield commander Jahangir Azimi said at the time.

In June 2010, Taliban insurgents hit the front gate with a car bomb, rocket-propelled grenades and small arms fire.
Posted by Steve Douglass at 5:24 AM No comments: