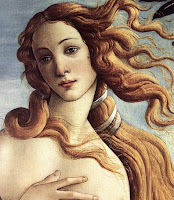 A sleepy pilot who mistook the planet Venus for an oncoming plane sent his Air Canada jet into a steep dive that bounced passengers off the ceiling, injuring 16, and nearly caused a collision with a real plane flying 1,000 feet lower.

Air Canada initially described the injuries to 14 passengers and two flight attendants as the result of "severe turbulence," but a report released this week by the Transportation Safety Board of Canada explains what really happened over the Atlantic Ocean on an overnight flight from Toronto to Zurich on Jan. 14, 2011.

According to the report, the plane's first officer had been sleeping, as is permitted by Air Canada on transatlantic flights, when he was awakened by the pilot's report of the plane's position.

The pilot indicated that a U.S. Air Force cargo plane was approaching the Air Canada 767-300 at an elevation about 1,000 feet below the passenger jet.

The "confused and disoriented" first officer, however, believed that the planet Venus was the approaching plane, and was coming right at the Air Canada jet. He forced the plane into a dive.

Passengers who were not wearing seatbelts, many of them asleep, were slammed into the ceiling and overhead bins.

Realizing what had happened, the pilot was able to pull the plane out of the dive after it had descended 400 feet. The U.S. military plane passed safely underneath.

Seven of the injured were treated in a Swiss hospital after the plane landed safely.

Astronomers say that on that night in January 2011, Venus would have look exceedingly bright from the airplane's cockpit, and a groggy pilot could easily have mistaken the planet for a plane.

"It looks like the headlight on an airplane," said Joseph Rao of the American Museum of Natural History in New York. "It's exceedingly bright. It doesn't twinkle, it's not like a star in that it twinkles. It looks like a steady, white spot of light in the sky. In fact we call it the evening star but they really should call it the evening lantern because it is so much brighter than any of the other stars."

"On that night it would have been ten times brighter than the brightest star," explained Dr. Arlin Crotts of Columbia University.

John Nance, a former commercial pilot and ABC News aviation analyst, said it was "not outlandish" for a pilot to confuse an object as bright as Venus for an oncoming aircraft. "What's surprising is that it went far enough to take evasive action," said Nance.
Posted by Steve Douglass at 7:41 AM No comments: