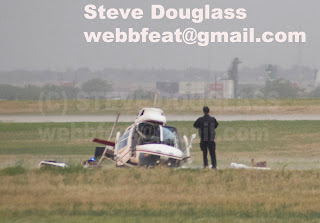 Connect Amarillo/KVII TV
AMARILLO, TEXAS -- No serious injuries were reported Thursday evening as a helicopter reportedly had a hard landing at Amarillo Rick Husband International Airport, officials said.
Two people were on board and one was taken to the hospital with injuries not considered serious, Patt Rhodes, Aviation Director, said.
The chopper, which was a Bell Ranger 3 helicopter, went down unexpectedly just before 5:00 p.m.
According to sources, the helicopter was owned by Chesapeake Bay Helicopters Inc.
ALl photos (C) Steve Douglass/ webbfeat@gmail.com

Photo of the same helicopter at Rick Husband two weeks before today's crash. 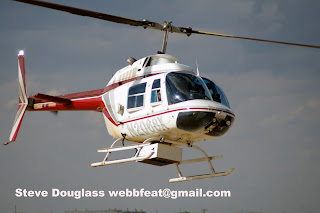 Posted by Steve Douglass at 8:36 PM No comments:

No nukes for Iran? 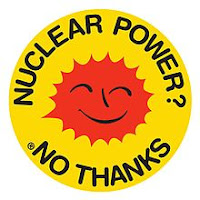 JERUSALEM — Israel’s military chief said in an interview published Wednesday that he believes Iran will choose not to build a nuclear bomb, an assessment that contrasted with the gloomier statements of Prime Minister Benjamin Netanyahu and pointed to differences over the Iran issue at the top levels of Israeli leadership.
The comments by Lt. Gen Benny Gantz, who said international sanctions on Tehran have begun to show results, could relieve pressure on the Obama administration and undercut efforts by Israeli political leaders to urge the United States to get as tough as possible on Iran.
Netanyahu and Defense Minister Ehud Barak have repeatedly stressed that sanctions and diplomacy will not persuade Iran to halt a nuclear program that they describe as a military one, and they warn that the time to stop it is running out.
But the Israeli security establishment is thought to be far less convinced about the urgency of military action. Gantz made his reservations clear in a handful of rare interviews with Israeli newspapers, offering comments that analysts said seemed intended to inject nuance into a debate that has reached frenzied heights this spring. Speaking to the newspaper Haaretz, he said that the Israeli military would be ready to act if ordered but that he did not think that this year would be “necessarily go, no-go.”
Gantz described Iran’s leaders as “very rational people” who are still mulling whether to “go the extra mile” and produce nuclear weapons.
“I believe he would be making an enormous mistake, and I don’t think he will want to go the extra mile,” Gantz said of Ayatollah Ali Khamenei, Iran’s supreme leader. Although Gantz cautioned that Khamenei could still change his mind, the supreme leader has said repeatedly that Iran does not intend to build a nuclear weapon and that its uranium enrichment program is for peaceful purposes.
On Thursday, Gantz denied that there is disagreement about Iran’s intentions among Israeli leaders, according to the Associated Press. He also suggested that Israel has enlisted other countries to back a potential pre-emptive strike on Iran’s nuclear sites, saying other nations, which he did not name, have prepared their militaries for such an operation, the AP reported.
Although striking in its bluntness, Gantz’s assessment of Iran’s nuclear intentions did not differ dramatically from comments made publicly and privately by other current and former Israeli officials in recent months. Others also have concluded, for example, that Iran intends to achieve nuclear weapons capability but would stop short of assembling and testing a bomb, steps that would almost certainly incur a military response from Israel and perhaps the United States.
But Gantz’s comments differed starkly in tone from those made recently by Netanyahu about the diplomatic efforts of the United States and other world powers. The Israeli prime minister recently dismissed the five-week break between this month’s nuclear talks in Istanbul and the next round as a “freebie” that awarded Iran more time to work toward making bombs.

READ THE REST OF THE STORY HERE AT THE WASHINGTON POST
Posted by Steve Douglass at 7:51 AM No comments: