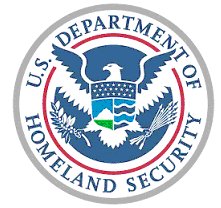 The Department of Homeland Security has been forced to release a list of keywords and phrases it uses to monitor social networking sites and online media for signs of terrorist or other threats against the U.S.

The intriguing the list includes obvious choices such as 'attack', 'Al Qaeda', 'terrorism' and 'dirty bomb' alongside dozens of seemingly innocent words like 'pork', 'cloud', 'team' and 'Mexico'.

Released under a freedom of information request, the information sheds new light on how government analysts are instructed to patrol the internet searching for domestic and external threats.


The words are included in the department's 2011 'Analyst's Desktop Binder' used by workers at their National Operations Center which instructs workers to identify 'media reports that reflect adversely on DHS and response activities'.

Department chiefs were forced to release the manual following a House hearing over documents obtained through a Freedom of Information Act lawsuit which revealed how analysts monitor social networks and media organisations for comments that 'reflect adversely' on the government.

However they insisted the practice was aimed not at policing the internet for disparaging remarks about the government and signs of general dissent, but to provide awareness of any potential threats.

The list has been posted online by the Electronic Privacy Information Center - a privacy watchdog group who filed a request under the Freedom of Information Act before suing to obtain the release of the documents.

In a letter to the House Homeland Security Subcommittee on Counter-terrorism and Intelligence, the centre described the choice of words as 'broad, vague and ambiguous'.