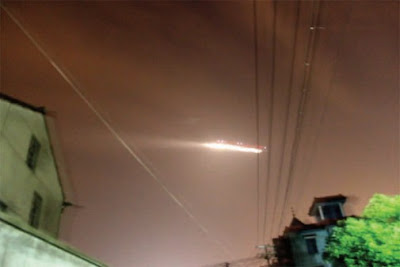 An unidentified flying object (UFO) forced Xiaoshan Airport in Hangzhou, China to cease operations on July 7. A flight crew preparing for descent first detected the object around 8:40 p.m. and notified

A UFO in China's skies forced Xiaoshan Airport to cease operations for one hour.

Eighteen flights were affected. Though normal operations resumed an hour later, the incident captured the attention of the Chinese media and sparked a firestorm of speculation on the UFO's identity.

UPDATE: Aviation experts are expected to complete late Friday their investigation into an unidentified flying object that disrupted air traffic over east China for an hour on Wednesday.

An investigation team, comprising police and aviation officials, are still trying to identify the UFO that was located over Zhejiang Province.

"No conclusion has yet been drawn," said Wang Jian, head of air traffic control with Zhejiang branch of the Civil Aviation Administration of China, told Xinhua Friday.

Media have reported speculation that the UFO might have been a private aircraft, based on the increasing number of privately-owned aircraft in the province.

But an industry insider who declined to be named Friday ruled out the speculation as "too unprofessional" without giving further explanation.

Wang Jian said the private plane was "just a guess."

Xiaoshan Airport in the provincial capital of Hangzhou was closed after a UFO was detected at around 9 p.m. Wednesday, and some flights were rerouted to airports in Ningbo and Wuxi cities.


Posted by Steve Douglass at 7:39 PM No comments: 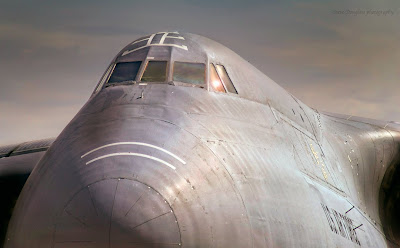 Discovered this amazing looking well-worn C-5 Galaxy that flew into Amarillo some time during the wee-hours last night. I think it was here to pick up (or deliver) V-22 Osprey fuselage (or parts) to the Bell/Boeing plant here in Amarillo.

I hope you like this shot - because I literally went through hell to get it. I was attacked my a squadron of blood-sucking mosquitos (lying in wait in the open airport field) that ambushed my bare legs.

I think I lost a pint or two trying to get this shot just right!