NPR: The pilot of an Alitalia pilot flying into New York's John F. Kennedy International Airport told controllers Monday afternoon that he had spotted "a drone aircraft" 1,500 feet high in the sky and approximately 5 miles west of the airport.

ABC News, which has cockpit audio (from LiveATC.net) of the pilot's exchange with controllers, says the Federal Aviation Administration and the Joint Terror Task Force are investigating.

In a statement sent to CNN, FAA spokeswoman Laura Brown says the pilot reported seeing "a small, unmanned or remote-controlled aircraft while on final approach to Runway 31 Right." The news network says that "puts the aircraft somewhere over Brooklyn."

Who was controlling the drone — if that is indeed what the pilot saw — isn't yet known.

As NBC News points out, "drones are growing in popularity with government agencies and the public."

"Unmanned aerial systems, sometimes called drones, and other remote-controlled planes could pose a risk to larger passenger aircraft if they collided or were sucked into an engine.

"For recreational hobbyists, flying remote-controlled planes is only allowed by the FAA up to 400 feet in the air, and within sight of the operator. If they are going to fly within three miles of an airport, they have to let air traffic controllers know.

"Flying unmanned aerial vehicles is illegal for most business purposes; however, governments and public entities such as police departments can apply for permission to operate them."
Posted by Steve Douglass at 8:27 AM No comments:

Pakistan to blame for latest drone attacks not US. 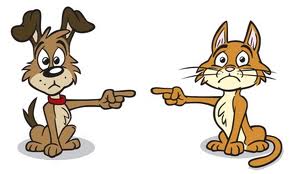 NYTIMES: ISLAMABAD, Pakistan — When news of the two latest drone strikes emerged from Pakistan’s tribal belt in early February, it seemed to be business as usual by the C.I.A.

In Islamabad, Pakistan’s Foreign Ministry lodged an official protest with the American Embassy.

Yet there was one problem, according to three American officials with knowledge of the program: The United States did not carry out those attacks.

“They were not ours,” said one of the officials, speaking on the condition of anonymity because of the drone program’s secrecy. “We haven’t had any kinetic activity since January.”

What exactly took place in those remote tribal villages, far from outside scrutiny, is unclear. But the Americans’ best guess is that one or possibly both of the strikes were carried out by the Pakistani military and falsely attributed to the C.I.A. to avoid criticism from the Pakistani public.

E-mail and phone messages seeking comment from the Pakistani military were not returned.

If the American version is true, it is a striking irony: In the early years of the drone campaign, the Pakistani Army falsely claimed responsibility for American drone strikes in an attempt to mask C.I.A. activities on its soil. Now, the Americans suggest, the Pakistani military may be using the same program to disguise its own operations.

More broadly, the phantom attacks underscore the longstanding difficulty of gaining reliable information about America’s drone program in the remote and largely inaccessible tribal belt — particularly at a time when the program is under sharp scrutiny in Washington.

For the past month, John O. Brennan, President Obama’s counterterrorism adviser and nominee to lead the C.I.A., has been dogged by Congressional questions about the drone program’s lack of transparency, particularly when it comes to killing American citizens abroad.

The biggest obstacle to confirming details of the strikes is their location: the strikes usually hit remote, hostile and virtually closed-off areas. Foreign reporters are barred from the tribal belt, and the handful of local journalists who operate there find themselves vulnerable to pressure from both the military and the Taliban.

That murkiness has often suited the purposes of both the C.I.A. and the Pakistani military. It allows the Americans to conduct drone strikes behind a curtain of secrecy, largely shielded from public oversight and outside scrutiny. For the Pakistanis, it allows them to play both sides: publicly condemning strikes, while quietly supporting others, like the missile attack that killed the Pakistani Taliban leader Baitullah Mehsud in 2009.

Still, the information vacuum also places American officials at a disadvantage when it comes to answering accusations that the drone strikes kill large numbers of innocent civilians alongside bona fide militants. State Department officials have complained that they cannot effectively counter civilian death claims they believe are hugely inflated because the program is classified — a subject of lively debate inside the administration, one official said.

The private controversy over the latest strikes, however, suggested another phenomenon at work: the manipulation of the actual drone reports themselves.

The two strikes, which took place on Feb. 6 in North Waziristan and Feb. 8 in South Waziristan, went unremarked on largely because they appeared so run of the mill.

Small Pakistani news agencies and international television networks, including NBC and Al Jazeera, carried common-sounding details: accounts of multiple American drones hovering overhead, estimates of the number of missiles fired, accounts of the rescue effort by local civilians and quotes from Pakistani military officials in the tribal belt or nearby Peshawar.

“The compound was completely destroyed. The militants had surrounded the area after the attack,” one official told Agence France-Presse after the second explosion, in Babar Ghar, near Ladha, in South Waziristan.

“The Pakistan Air Force does not generally unadertake stand-alone strikes such as these because it is not equipped with the appropriate strike weapons,” a Pakistani military source said.

The American narrative of those strikes is very different.

Two senior United States officials said there had been no American involvement in the attacks. A third official said the C.I.A. had not paid the reports much attention because no American forces had been involved. But that official said American intelligence pointed to the Pakistan Air Force as having conducted the first strike, probably as part of a military operation against Pakistani Taliban militants in the neighboring Orakzai tribal agency.
READ THE REST OF THE STORY HERE
Posted by Steve Douglass at 8:22 AM No comments: