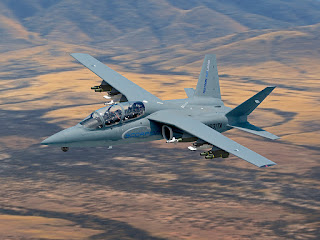 WASHINGTON — Textron Airland has officially decided against offering its Scorpion jet for the Air Force’s T-X trainer competition, ending speculation about whether the aircraft would emerge as a dark horse candidate.

Textron told Defense News in early 2016 that it would probably not pursue the T-X contract unless the Air Force changed its requirements to be less demanding. However, earlier this winter, company officials stated that they had not ruled out a T-X bid and were assessing the final request for proposals.

Harris explained Textron wanted to take a second look at the requirements to evaluate whether Scorpion could fit the service’s needs, but the jet had trouble meeting some of the Air Force’s more aggressive performance characteristics, including a high G threshold of 6.5 — the Scorpion can achieve 6 Gs.

“It basically was very close to what you would see in an F-16 Block 50 aircraft,” he said. “We went over it and over it, and it became clear that we weren’t going to meet these aggressive performance standards.” 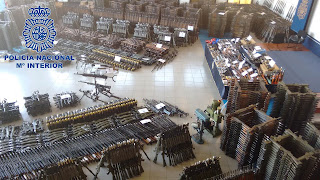 NBC LONDON — When a gunman killed four people at a Jewish museum in Brussels in 2014, police in Spain launched an effort to reduce the number of illegal firearms circulating in Europe.


What they found was a arsenal large enough to supply an army — and all ready to be sold to terrorist groups and gangs.

Spanish police announced Tuesday they had recovered around 10,000 assault rifles, pistols, machine guns, and revolvers, as well as 400 shells and grenades, in raids in the north of the country.

They also arrested five suspects and recovered around $90,000.


The raids, in Girona, Biscay and Cantabria, targeted a gang trafficking firearms on the black market that were destined to be sold to terror groups and gangs in Spain, France and Belgium.

Spain's national police, who worked with cross-border authority Europol on the operation, said the gang "exploited legal loopholes and legislative differences between E.U. countries to divert guns from legal suppliers." They used a workshop to re-brand and reactivate the weapons, which were "being made ready for sale to terrorist groups and organized.

READ MORE HERE
Posted by Steve Douglass at 11:39 AM No comments: