South Korea is set to loft a satellite into space for the first time, after an attempt last year failed.

The launch will up the ante in what some observers have described as an "Asian space race".

Officials have decided to go ahead with the launch after fixing an electrical problem picked up during launch preparations.

The part-Russian, part South Korean rocket will launch a 91kg (200lb) test satellite called the Science and Technology Satellite 2B (STSAT 2B).

The rocket stands 33m (108ft) tall and will be launched from the country's new spaceport on the southern tip of the Korean peninsula.

South Korea's first launch of the two-stage KSLV-1, in August last year, failed to place its satellite payload into the proper orbit.

Four months previously, an attempted space launch by North Korea was deemed to have failed when the US reported that both rocket stages had fallen into the Pacific Ocean.
Posted by Steve Douglass at 9:41 PM No comments: 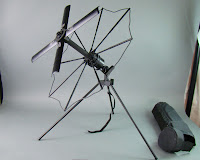 The author of this blog needs your help- especially if you are a linguist. I recorded this UHF SATCOM communication between three people (possibly Brazilians pirates speaking Portuguese ) but not knowing the language I have no idea what they are talking about.

If you can translate - drop me a line at the link above or leave me a note in the form of a comment. 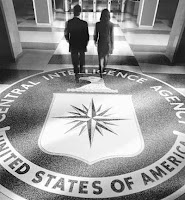 The Central Intelligence Agency paid tribute to its men and women who have died in the line of duty. Twelve stars recently were added to its Memorial Wall, which now commemorates the lives of 102 courageous and talented Americans lost in service to their country.

Standing before the wall in the lobby of CIA Headquarters, Director Leon E. Panetta said: “More than six decades ago, the CIA was given its charter to operate overseas in secrecy, in defense of America, in defense of its allies, and – most importantly – in defense of its values. Across that arc of history—from our struggle against Communism to the war with al-Qa’ida—CIA’s mission has brought our silent warriors to the enemy’s frontier and beyond.”

“No matter when or where they served, or whether their names are known to the world or only to us, each cherished colleague remains a constant source of inspiration and courage. We take strength from their powerful example as we carry on their vital work and the vital work of this Agency,” said Director Panetta.

Seven of the 12 new stars honor those killed last December in eastern Afghanistan. Director Panetta noted that President Obama, at a memorial service for the seven, called on the Agency’s workforce to continue their work by winning the war against al-Qa’ida and keeping America safe.

“Every day, throughout the world, the CIA is answering that call as a sacred commitment,” said Director Panetta. “It is a mission without break. It is a mission without pause – one that must, and will, end in victory over hatred, ignorance, and oppression. That triumph, when it comes – and it will come – will be the product of the many who draw strength from the seven who died at Khost.”

Five of the new stars honor those who have died in recent years while engaged in clandestine assignments. Continuing operational sensitivities require that the details of their work remain classified.

Speaking of all of those whose lives have been taken while working with CIA, Director Panetta explained: “They remind us, as do the losses suffered by our brothers and sisters in uniform, that our nation’s liberty and security is not free. It must be fought for by every generation. Their stories reaffirm that America is blessed with brave and selfless patriots who are willing to put their lives on the line, who are willing to shoulder that great responsibility.”

“For all of us—family, friends, and colleagues—they are heroes,” Director Panetta said. “They are our heroes. They are America’s heroes. And that’s how we will remember them.”

Hundreds of employees, former officers, and family members and friends of those who have died in service with CIA attend the memorial ceremony each year.
Posted by Steve Douglass at 6:25 AM No comments: 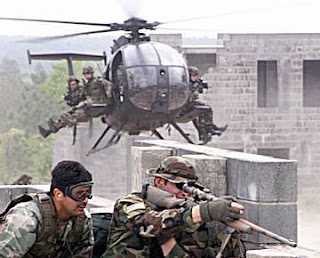 U.S. 'secret war' expands globally as Special Operations forces take larger role The Washington Post
Beneath its commitment to soft-spoken diplomacy and beyond the combat zones of Afghanistan and Iraq, the Obama administration has significantly expanded a largely secret U.S. war against al-Qaeda and other radical groups, according to senior military and administration officials.

Special Operations forces have grown both in number and budget, and are deployed in 75 countries, compared with about 60 at the beginning of last year. In addition to units that have spent years in the Philippines and Colombia, teams are operating in Yemen and elsewhere in the Middle East, Africa and Central Asia.
Posted by Steve Douglass at 6:20 AM No comments: