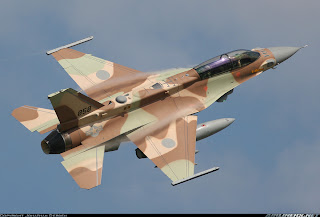 NYTIMES JERUSALEM — An Israeli news channel reported Sunday night that Prime Minister Benjamin Netanyahu and Defense Minister Ehud Barak asked the Israeli military in 2010 to prepare for an imminent attack on the Iranian nuclear program, but that their efforts were blocked by concerns over whether the military could do so and whether the men had the authority to give such an order.

The report, by the respected investigative journalist Ilana Dayan, came in the form of a promotional preview for an hourlong documentary about Israel’s decision-making process regarding Iran, which is scheduled to be broadcast Monday night. Ms. Dayan said on the channel’s evening newscast on Sunday that Mr. Netanyahu, in a meeting with a small circle of top ministers, turned to Gabi Ashkenazi, the head of the Israeli Defense Forces at the time, and told him to “set the systems for P-plus,” a term meaning that an operation would start soon.
Mr. Ashkenazi and Meir Dagan, who was the head of the Israeli intelligence service, the Mossad, at the time, would later say that this was an attempt at “stealing a war,” Ms. Dayan reported, because in their view such an order required a decision of the full cabinet, not the smaller group in the meeting, who were then known as the forum of seven.
Both Mr. Ashkenazi, who is now retired, and Mr. Dagan, who stepped down after the meeting, have become vocal critics of plans for a unilateral Israeli attack on Iran, and of Mr. Netanyahu and Mr. Barak’s aggressive approach.
Ms. Dayan said in the preview report on Sunday that the issue deepened a divide in Israel’s top echelon.
Mr. Ashkenazi was quoted saying of the P-plus order: “This is not something you do unless you are certain you want to execute at the end. This accordion will make music if you keep playing it.” But Mr. Barak told Ms. Dayan that “it is not true that creating a situation where the I.D.F. and the country’s operational systems are, for a few hours or for a few days, on alert to carry out certain operations means the state of Israel is compelled to act.”
“Eventually, at the moment of truth, the answer that was given was that, in fact, the ability did not exist,” Mr. Barak said in the clip that was shown on Sunday.
Ms. Dayan said in an interview Sunday night that she learned about the 2010 order from more than two people who attended the meeting, but she declined to name them. Mr. Barak essentially confirmed what she had learned in his interviews with Ms. Dayan, saying that such an order can always be reversed, something Mr. Ashkenazi and Mr. Dagan dispute.
The full report is scheduled for broadcast on the eve of the American elections, and could reopen the rift between Washington and Jerusalem over how best to stop Iran from obtaining an atomic bomb. The Obama administration spent much of the year pressing Mr. Netanyahu and Mr. Barak to hold back on military action against Iran in favor of severe sanctions and intense diplomacy, though the issue receded somewhat after Mr. Netanyahu said in a speech to the United Nations on Sept. 27 that the moment of truth would come next spring or summer, not in 2012.
If the account in the documentary is correct, the episode came at a critical time. That summer, a lengthy effort by the United States and Israel to undermine Iran’s capability to enrich uranium using cyberweapons had threatened to unravel. The effort, code-named Olympic Games, had two goals: to slow the Iranians, and to provide Israel with an alternative to military action, which President Obama feared could start another war in the Middle East. It was partly exposed when a cyberworm found its way out of the Natanz enrichment plant, where it had destroyed or forced out of service nearly 1,000 centrifuges, and began to spread across the world.
In Washington and in Israel, officials met in secret to assess what to do, and Mr. Obama, who inherited Olympic Games from the Bush administration and accelerated it, decided to keep the effort going.
Ms. Dayan said that Israeli censors prevented her from saying when in 2010 Mr. Netanyahu and Mr. Barak gave their order. If it came late in the year, it would suggest that they believed the cyberprogram, once exposed, had little chance of further success, and that they were turning back to plans for airstrikes like the one Israel mounted, on a smaller scale, against a Syrian nuclear reactor in 2007.
The full documentary, the season premiere of Ms. Dayan’s weekly program, “Fact,” on Channel 2, tracks a decade of Israeli decision-making on Iran, from former Prime Minister Ariel Sharon’s discussions with President George W. Bush through Mr. Netanyahu and Mr. Barak’s actions in recent years. The program includes a seven-minute interview with Mr. Netanyahu, conducted on Friday, though in it he declines to answer questions about the 2010 episode.
Mark Regev, a spokesman for Mr. Netanyahu, also refused on Sunday night to comment on the report, except to say that it was incomplete. “He does give a full interview, all about Iran,” Mr. Regev said of the prime minister. “He talks about America, he talks about a lot of things. It’s very interesting, what he does say. It would be best to wait until the full report.”
Posted by Steve Douglass at 7:31 PM No comments:

Following are excerpts from an Alaan TV report on the Benghazi Consulate attack, which aired on November 1, 2012.
Reporter: These documents were found by Alaan TV in the U.S. consulate in Benghazi, in the Tactical Operations Center building. The most important of these documents are letters written by the U.S. consulate staff on September 11 [2012], the day of the attack. 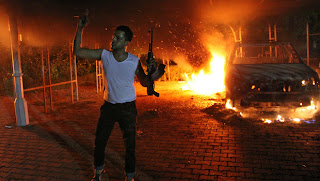 One of the letters was addressed to the Libyan Ministry of Foreign Affairs, or the MFA, as it is referred to in the documents. The other letter, which was almost identical in content, was addressed to the Benghazi police chief.
In the letters, the Americans complained about an incident that occurred on the morning of September 11, an incident they described as "troubling."

The letters read as follows: "Early this morning, on September 11, 2011 [sic], at precisely 06:43, one of our diligent guards made a troubling report. Near our main gate, a member of the police force was seen I the upper level of a building across from our compound. It is reported that this person, who belongs to the police unit sent to protect the U.S. Special Mission, was photographing the inside of the U.S. consulate."
One of these letters contains important information about the police car that was present at the scene: "The police car stationed where this event occurred was number 322."
As is well known, there is no professional police force in Libya, and therefore, the police and armed groups often work together. Thus, it seems clear, from the tone of the letter, that the Americans were extremely concerned about this incident, describing it as "troubling."
According to the letter, they were hoping that the Libyan authorities would conduct an official investigation into this incident.
The letters revealed that since September 9, the Americans had been requesting special security arrangements, in preparation for the arrival of Ambassador Chris Stephens to Benghazi. These arrangements included the police guarding the front and rear gates of the consulate around the clock, in addition to a mobile patrol and a bomb-sniffing dog.
The Americans, however, were not granted these requests, as was made clear from the letter, dated September 11, just hours before the attack. "We are saddened to report that we have only received an occasional police presence at our main gate. Many hours pass when we have no police support at all."
This is how the attack on the U.S. consulate began, 15 hours after the policeman was seen photographing the building.