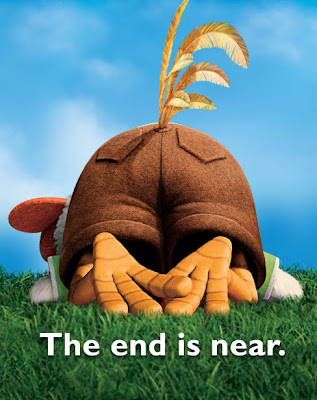 WASHINGTON - (AP) -- U.S. space officials say they expect a dead satellite to fall to Earth in about a week.

NASA has been watching the 6-ton satellite closely. On Friday officials moved up their prediction for its arrival to Sept. 23, give or take a day.

NASA scientists have calculated the satellite will break into 26 pieces as it gets closer to Earth. The odds of it hitting someone anywhere on the planet are 1 in 3,200. The heaviest piece to hit the ground will be about 350 pounds, but no one has ever been hit by falling space junk in the past.

NASA expects to give the public more detailed information early next week. For now, all continents except Antarctica could be hit by satellite debris.
Posted by Steve Douglass at 5:18 PM No comments:

TUCSON, Ariz. -- Davis-Monthan Air Force Base in Arizona was placed under lockdown because of a "potential security situation" Friday.

T/Sgt. James Russell Martin of the base media relations office said, "There was an unconfirmed spotting of a man with a weapon" and the base went into "crisis action mode, locking down the base for the safety and security of the people on Davis-Monthan."

Martin said, "No shots have been fired and no one has been hurt."

He said the suspicious man reportedly had run into an engineering building on the base.

Just after 2 p.m. The Tucson Police Bomb Squad and Pima County Regional SWAT Team made their way on to the base.

The Arizona Republic reports an armed civilian has barricaded himself in a room. Authorities and a SWAT team is negotiating with the man.

No one was being allowed in or out of the sprawling base on the southeast corner of Tucson.

"Security is going to be in place until base leadership feels the situation is under control," Martin said. "We're just going to make sure we maintain heightened security until we feel everything is safe and secure."

Davis-Monthan is one of Tucson's largest employer and up to 8,500 people are on the base at any one time.

Several news media outlets quoted people on the base as saying a "shooter" had been found and contained. Those reports could not be confirmed.

An ambulance was seen leaving the base about 12:35 p.m., but officials said that had "nothing to do with the security situation."

"A member of our community is pregnant and she is being taken to the hospital," the base said.

Ron Barber, a member of Congresswoman Gabrielle Giffords Rep. Gabrielle Giffords' staff, told KPNX Channel 12 in Phoenix that he became aware of the lockdown as he left the base about 10 a.m. after a function for Giffords, who is recovering from an assassination attempt in January.

Barber said, "We were all lined up to get out of the base. I just got there as they were closing the gates. Everything was really calm. Air Force personnel were going about their business in a very professional manner."

Barber said he was not told what was going on, but was allowed to leave.

Davis-Monthan is adjacent to the Pima Air and Space Museum and the "boneyard" for old military and government airplanes that is a popular destination for aviation enthusiasts.
Posted by Steve Douglass at 4:04 PM No comments: