CIA on the ground in Libya ...

Obama signed the order, known as a presidential "finding", within the last two or three weeks, according to government sources familiar with the matter.

Such findings are a principal form of presidential directive used to authorize secret operations by the Central Intelligence Agency. This is a necessary legal step before such action can take place but does not mean that it will.

As is common practice for this and all administrations, I am not going to comment on intelligence matters," White House spokesman Jay Carney said in a statement. "I will reiterate what the president said yesterday -- no decision has been made about providing arms to the opposition or to any group in Libya."

News that Obama had given the authorization surfaced as the President and other U.S. and allied officials spoke openly about the possibility of sending arms supplies to Gaddafi's opponents, who are fighting better-equipped government forces.

The United States is part of a coalition, with NATO members and some Arab states, which is conducting air strikes on Libyan government forces under a U.N. mandate aimed at protecting civilians opposing Gaddafi.

Interviews by U.S. networks on Tuesday, Obama said the objective was for Gaddafi to "ultimately step down" from power. He spoke of applying "steady pressure, not only militarily but also through these other means" to force Gaddafi out.

Obama said the U.S. had not ruled out providing military hardware to rebels. "It's fair to say that if we wanted to get weapons into Libya, we probably could. We're looking at all our options at this point," he told ABC News anchor Diane Sawyer.

In Washington, Secretary of State Hillary Clinton insisted to reporters that no decision had yet been taken.

U.S. officials monitoring events in Libya say neither Gaddafi's forces nor the rebels, who have asked the West for heavy weapons, now appear able to make decisive gains.

In order for specific operations to be carried out under the provisions of such a broad authorization -- for example the delivery of cash or weapons to anti-Gaddafi forces -- the White House also would have to give additional "permission" allowing such activities to proceed.
Posted by Steve Douglass at 7:40 PM No comments:

Hole in plane was caused by bullet ... FBI 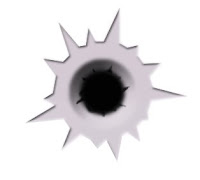 CNN) -- A hole in a US Airways jet that landed in Charlotte, North Carolina, was caused by a bullet that pierced the passenger cabin, three government sources told CNN Tuesday.
Officials believe the bullet was fired in Charlotte, after passengers had exited the aircraft, one source said. The hole was discovered after the Boeing 737-400 landed Monday.

The sources said a bullet has been recovered inside the plane.
"We do not believe its terrorism related," said one of the government sources. "It appears to be a random event. We do not believe the plane was targeted. No one heard the bullet fired."
An investigation into who fired the shot into the aircraft has begun, said multiple government sources.

Flight 1161 from Philadelphia landed safely at Charlotte-Douglas International Airport about 4 p.m. Monday. The plane was being prepped for another flight when the pilot discovered the hole above a passenger window toward the back of the plane, according to airline officials. The airline pulled the jet from service and called in the FBI.

The plane holds 144 passengers, according to the US Airways website. It was not immediately clear how many people were aboard the flight. All of the passengers on the next flight were accommodated on other planes, a US Airways spokeswoman said.
"We've released the plane back to US Airways last night," after completing their investigation, FBI spokeswoman Amy Thoreson said Tuesday
Posted by Steve Douglass at 8:38 AM No comments:

Man indicted for trying to sell UAV on Ebay! 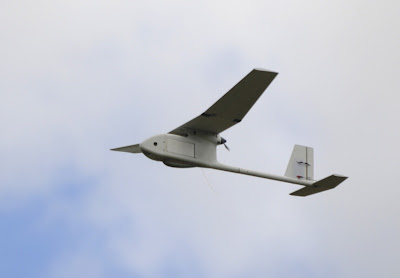 If convicted on all counts, Chua faces a maximum penalty of 20 years in federal prison.

Chua was arrested on a criminal complaint on the evening of Feb. 10 in Los Angeles.

“ICE HSI is committed to protecting the security of our homeland and our troops abroad by ensuring that the sale and distribution of weapons and military technology is done lawfully, and that these items do not fall into the wrong hands,” said Susan McCormick, special agent in charge of ICE HSI in Tampa. “We make use of our full statutory authority to investigate and enforce criminal violations of all U.S. export laws related to military items, controlled ‘dual-use’ commodities and sanctioned or embargoed countries. Our national security depends on it.”

According to the indictment, Chua knowingly and willfully caused the temporary import into the United States of an item designated as a defense article on the U.S. Munitions List, namely an RQ-11B “Raven” Unmanned Aerial Vehicle ( UAV ), and aided and abetted the attempted export from the United States of the same item, without having first obtained from the U.S. Department of State a license or written authorization.

Chua is also accused of knowingly bringing an item into the United States contrary to law.

According to court documents, Chua initially listed the item for sale on eBay and then engaged in communications with undercover agents from ICE HSI which culminated in the recovery of the item by U.S. officials.

ICE HSI was assisted by the U.S. Air Force Office of Special Investigations.
Posted by Steve Douglass at 5:17 AM No comments: