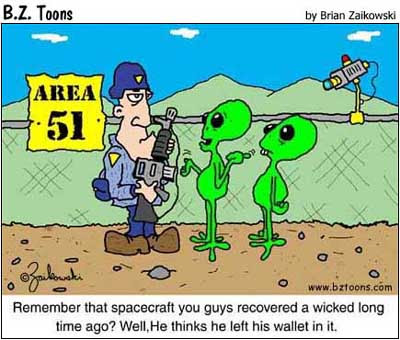 Excerpt: Jacobsen’s book, “Area 51 an uncensored history of America’s Top Secret Military Base” has excited those who subscribe to activism, scandal, conspiracy, Nazi and Stalin atrocities, and child mutilation, and is racing towards being a number one seller. The scandal is not the veterans, named and unnamed, whom the public now affiliates to the wild, unsubstantiated gory “facts” contained in the last chapter of the book where Jacobsen ventures into writing as an activist in the first person. The scandal is Jacobsen who is fending off international condemnation by the media, fellow journalists, and the veterans of Nevada’s atomic programs and DOD operations at Area 51 by now claiming that as a “reporter” it was her duty to report what she was told and that it was not her job to verify the truth. Instead of enjoying a great book that the DOD and DOE families can be proud of and share with their families, the aging Roadrunners are having to show up at Jacobsen’s book sigings, not to promote her book, but to set the record straight and clear their names and legacy.

READ MORE HERE
Posted by Steve Douglass at 11:20 AM No comments: 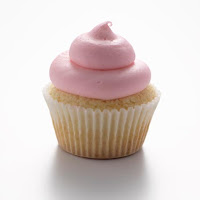 The magazine is published quarterly and distributed as a pdf file. But as a result of the British cyberattack, a page in last year's summer issue titled, "Make a Bomb in the Kitchen of Your Mom," instead provided readers with "The Best Cupcakes in America," courtesy of the Ellen DeGeneres Show.

In addition, "pages 4 through 67 of the otherwise slick magazine, including the bomb-making instructions, were garbled," and "it took almost two weeks for al-Qaeda in the Arabian Peninsula to post a corrected version," the Washington Post reports. A British government official confirmed the hack to the AP Friday, saying his country is, "increasingly using cybertools."


According to the Washington Post, the U.S. considered targeting the extremist publication, but the CIA opposed those efforts, fearing that such a hack could "expose sources and methods and disrupt an important source of intelligence."
British intelligence, on the other hand, decided to go forward with the cyber attack, sabotaging Inspire's launch issue and removing articles by Osama bin Laden himself. Following the terrorist leader's death, news of this attack was icing on the cupcake in the fight against al-Qaeda.
Posted by Steve Douglass at 8:37 AM 3 comments: 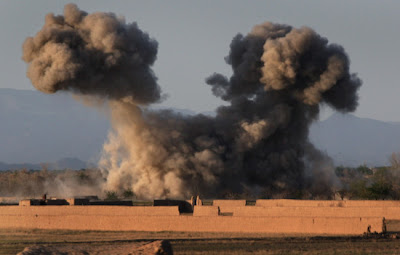 Rehman Malik did not say Monday how he knew Kashmiri was killed by a missile in a militant sanctuary near the Afghan border. Pakistani intelligence has said the wanted terrorist was killed in a Friday drone strike. U.S. officials have yet to publicly comment on whether Kashmiri was killed.

Malik's has previously claimed the deaths of some Taliban leaders, only to be proven wrong later. His claim comes just hours after Prime Minister Yousuf Raza Gilani said America had confirmed the death. He did not say who in the U.S. administration told him.

THIS IS A BREAKING NEWS UPDATE. Check back soon for further information. AP's earlier story is below.

The identities of the dead in the unusually intense volley of drone-fired strikes in the South Waziristan tribal region were not known. Several Arabs were said to be among the victims of one of them, according to the officials, who did not give their names in line with agency policy.

Al-Qaida and Taliban fighters remain in South Waziristan, despite a Pakistani army offensive launched there in 2009.

Since the U.S. raid that killed Osama bin Laden on May 2 in northwest Pakistan, missile strikes have picked up pace from a relative lull in the year's first half. But anger at the bin Laden operation, seen here as a violation of Pakistani sovereignty, has led to fresh calls on Washington to stop the attacks.

Pakistani authorities said Sunday that they were increasingly sure that a Friday missile strike in South Waziristan killed Ilyas Kashmiri, a top al-Qaida commander rumored to be a longshot contender to replace bin Laden as the terror network's chief.

Getting definitive confirmation about who died in the missile strikes is difficult, especially if no body is retrieved.

When asked about Kashmiri on Monday, Pakistani Prime Minister Yousuf Raza Gilani said "the U.S. has confirmed that he died," but it was unclear if he was referring to private communications between the two governments. Publicly, at least, U.S. officials have not confirmed the death.

Kashmiri was wrongly said by Pakistani and American officials to have been killed in a missile strike in 2009. Pakistani officials declined to comment on whether they had assisted the U.S. in the Friday strike.

Before dawn, one set of missiles hit a compound in Wucha Dana village, killing seven people. The second set landed at about the same time at a Muslim seminary there, killing five people, two Pakistani intelligence officials said.

The intelligence officials spoke on condition of anonymity because they were not authorized to speak on the record.

They said several Arab men were believed to be among the dead.

Washington says the missiles have killed hundreds of militants, including several top al-Qaida commanders since they began in earnest in 2008. More than 30 have struck this year, compared to last year's tally of about 130. Some experts question their legality and the secrecy under which they operate. Transparent investigations of alleged civilian casualties are not carried out.

Pakistani intelligence is believed to provide the U.S. with targeting information for at least some of the strikes. But its civilian and military leaders publicly protest the strikes and say they create more enemies than they kill. It would be politically toxic to acknowledge collaborating with the U.S. in attacks unpopular among many Pakistanis.

Also Monday, the Pakistani Taliban claimed responsibility for a bomb that killed 18 people at a bakery in an army neighborhood in the northwest town of Nowshera the previous night. The militant group said the attack was vengeance for Pakistani army actions against them in the nearby Swat Valley.


Associated Press writers Asif Shahzad in Islamabad and Rasool Dawar in Peshawar contributed to this report.
Posted by Steve Douglass at 8:24 AM No comments: 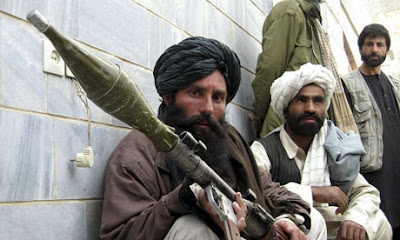 (Reuters) - Pakistan's Taliban, a close ally of al Qaeda, plans to attack American targets abroad to avenge the death of Osama bin Laden, said one of its senior leaders.

The Tehrik-e-Taliban Pakistan (TTP), or Taliban Movement of Pakistan, has delivered on threats to avenge the killing of bin Laden by U.S. special forces in a Pakistani town on May 2.

It bombed an American consulate convoy, laid siege to a naval base and blew up paramilitary cadets in Pakistan, which the Taliban sees as a U.S. puppet and Washington regards as indispensable in its war on militancy.

Omar Khalid Khorasani, the top Taliban commander in Mohmand, one of Pakistan's unruly tribal agencies, agreed to answer questions posed by Reuters and record them on a DVD.

The video starts with him and some associates sitting on the floor of a mud-walled house, eating mango slices and joking. Then he turns serious and speaks about the TTP's intentions.

Recent TTP attacks in Pakistan were only the start of bloody reprisals after bin Laden's death.

"These attacks were just a part of our revenge. God willing, the world will see how we avenge Osama bin Laden's martyrdom," said Khorasani. "We have networks in several countries outside Pakistan."

The questions were delivered to Khorasani's associates in Mohmand, and then he recorded his answers on tape and sent then back to a Reuters reporter who had interviewed him in the past.

The TTP has not demonstrated the ability to stage sophisticated attacks in the West. Its one apparent bid to carnage in the United States failed.

It claimed responsibility for the botched car bomb attack in New York's Times Square last year. But American intelligence agencies take it seriously. It was later added to the United States' list of foreign terrorist organizations.

Pakistani Taliban leader Hakimullah Mehsud appeared in a video with the Jordanian double agent who blew himself up in a well-fortified U.S. base in Afghanistan last year, in the second most deadly attack in CIA history. Seven CIA officials were killed.

"Our war against America is continuing inside and outside of Pakistan. When we launch attacks, it will prove that we can hit American targets outside Pakistan," said Khorasani, a tall man with a beard and shoulder-length hair common among the ethnic Pashtun warriors of tribal areas along the Afghan border.

The TTP has built up a long C.V. of bloodshed, carrying out suicide bombings which often kill dozens. The organization gained most of its experience waging an insurgency inside Pakistan.

A loose alliance of a dozen groups, the TTP intensified its battle against the state in 2007, after a bloody army raid on Islamabad's Red Mosque, which was controlled by its allies.

Sitting with a pistol strapped to his waist and flanked by two of his comrades with AK-47 assault rifles, Khorasani said the death of bin Laden would not demoralize the Taliban.

It had in fact, injected a "new courage" into its fighters, said Khorasani, the top Taliban commander in Mohmand agency.

"The ideology given to us by Osama bin Laden and the spirit and courage that he gave to us to fight infidels of the world is alive," said Khorasani, wearing a brown shalwar kameez, traditional baggy trousers and tunics, and a round top hat.

He described Ayman al-Zawahri, the former Egyptian physician who is the likely successor to bin Laden, as the Pakistani Taliban's "chief and supreme leader."

The Pakistani Taliban are closely linked with the Afghan Taliban. They move back and forth through the porous border and exchange intelligence and provide shelter for each other in a region U.S. President Barack Obama has described as "the most dangerous place in the world."

U.S. Defense Secretary Robert Gates said on Saturday there could be political talks with the Afghan Taliban by the end of this year if NATO made more military advances.

If the Afghan Taliban lay down their weapons there will be no let up in the Pakistani Taliban campaign to impose its version of Islam which would see women covered from head to toe and those deemed immoral publicly whipped or executed.

"Even if some rapprochement is reached in Afghanistan, our ideology, aim and objective is to change the system in Pakistan," said Khorasani.

"Whether there is war or peace throughout the world, our struggle for the implementation of Islamic system in Pakistan will continue."

It seems the TTP expects to wage holy war for generations.

In another video clip provided by Khorasani, a young boy wearing a camouflage ammunition belt shuffles along the ground, weighed down by a Kalashnikov rifle hung over his shoulder.

(Writing by Zeeshan Haider and Michael Georgy and Sanjeev Miglani)
Posted by Steve Douglass at 8:14 AM No comments: