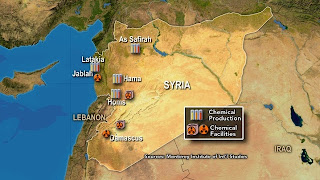 WP: The Senate Foreign Relations Committee passed a resolution Wednesday granting President Obama limited authority to launch a military strike on Syria in response to its reported use of chemical weapons against civilians.

Acting hours after Obama, during a visit to Sweden, said the credibility of Congress and the international community was also at stake, the committee voted 10 to 7, with one member voting “present,” to authorize the use of force against the government of Syrian President Bashar al-Assad.


The panel acted after top administration officials pressed their case Wednesday for congressional approval of a U.S. military strike, even if lawmakers would support only a more limited authorization than the administration originally wanted.

In a news conference in Stockholm, the first leg of a trip that will take him to Russia for a Group of 20 summit, Obama made the case for a U.S. strike on Syria “limited in time and in scope” to degrade Assad’s military capabilities and deter him from resorting to chemical weapons again in his 2 1/2-year war with rebels seeking his ouster.

After classified, closed-doors hearings Wednesday morning on Capitol Hill, members of the Senate Foreign Relations Committee began debating a new draft of a resolution on the use of force in Syria in response to a reportedchemical weapons attack last month that killed more than 1,400 people.

But the hearing to mark up the resolution was delayed for more than two hours amid disagreements among senators over its wording. Among those opposed to the Senate committee’s draft was Sen. John McCain (R-Ariz.), a leading GOP voice on national security issues, who wants broader U.S. action against Syria, the Associated Press reported.

READ THE REST AT THE WASHINGTON POST
Posted by Steve Douglass at 12:43 PM No comments: