Robots are taking over the military! 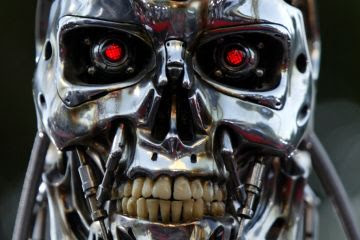 About 80,000 Army soldiers and 20,000 Marines are getting downsized. Half of the Army’s conventional combat presence in Europe is packing up and ending its post-Cold War staycation. Replacing them, according to the $613 billion budget previewed by the Pentagon on Thursday: unconventional special-operations forces; new bombers; new spy tools; new missiles for subs; and a veritable Cylon army of drones.

This is the first of the Pentagon’s new, smaller “austerity” budgets: it’s asking Congress for $525 billion (plus $88.4 billion for the Afghanistan war), compared to a $553 billion request (plus $117 billion in war cash) last year.

Only the Pentagon is emphasizing what the military is keeping, not what it’s cutting. That’s because congressional Republicans don’t like swallowing these cuts — and really don’t want to acquiesce to a currently-scheduled law that could tack on another $600 billion-plus to the already-scheduled, decade-long $487 billion in cuts. Defense Secretary Leon Panetta is preempting the objections, promising a force that’s “smaller and leaner, but agile, flexible, ready and technologically advanced.”

That means no changes to the U.S. fleet of 11 aircraft carriers and 10 air wings, all reflecting the Obama administration’s emphasis on the western Pacific.

It means leaving the nuclear triad — the bombers, subs and missiles that can end all life on earth — alone. (With one exception: the military will delay replacing the Ohio-class submarine by two years.) It means electronic weapons to jam enemy defenses and attack online networks. It means elite commando forces like the ones who just rescued two aid workers kidnapped in Somalia. And it means drones for breakfast, lunch, dinner and dessert.

As previewed by President Obama earlier this month, the new budget is going to fund 65 Predator and Reaper combat air patrols — squadrons of up to four drones — “with a surge capacity of 85,” up from 61 today. The Army may be losing 100,000 soldiers, but if it’s any consolation, the Army’s forthcoming Gray Eagle drone gets the thumbs-up.

So does “sea-based unmanned” systems like the Navy’s Fire Scout robo-copter, and unspecified “new unmanned systems with increased capabilities,” probably a reference to next-gen drones like the Navy’s X-47B, which should be able to fly from an aircraft carrier at the click of a mouse by 2018 — the better to patrol the Pacific.

Some other programs get expanded, too. For 20 years, Navy’s studied creating non-aircraft-carrier bases at sea, to put in places where the U.S. can’t have land bases, to launch small jump jets like the F/A-18 Hornet, helicopters or drones. Now the Pentagon will fund “development of a new afloat forward staging base,” according to budget documents, although it’s not specifying what how large those ships will be or how much they’ll cost.

It’s also a great time to be a snake-eater. Pentagon budget documents describe Special Operations Forces as “critical to U.S. and partner counter terrorism operations and a variety of other contemporary contingencies.” In other words, whereas the military invaded and occupied trouble spots during the 2000s, it’ll send commandos for discrete missions in the 2010s.

More money is also going into the Air Force’s new long-range bomber, which won’t always have a human in the cockpit; “improved air-to-air missiles,” probably to prepare for the day when China’s stealth aircraft are a challenge; new jammers and communications gear; and even designing “a conventional prompt strike option from submarines.” It’s going to be good time to manufacture powerful, non-nuclear missiles.

Even the most expensive defense program in history, the F-35 Joint Strike Fighter jet family, is getting a mere haircut. After Panetta embraced the planes on Friday, the Pentagon says it’ll merely “slow Joint Strike Fighter procurement” — even though weapons testing recently found it to have 13 expensive new flaws.

All that will let the military “retain a decisive technological edge,” Panetta said, “leverage the lessons of recent conflicts and stay ahead of the most lethal and disruptive threats of the future.”

READ THE REST OF THE STORY HERE AT WIRED!
Posted by Steve Douglass at 12:35 PM No comments: 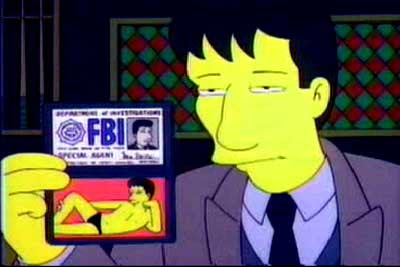 It also highlighted words it looked out for. These include "gangs", "small pox", "leak", "recall" and "2600" - an apparent reference to the hacking-focused magazine.
Posted by Steve Douglass at 8:50 AM No comments: 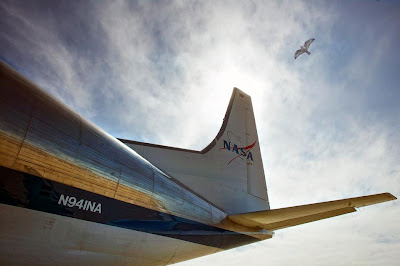 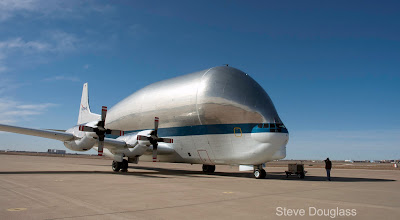 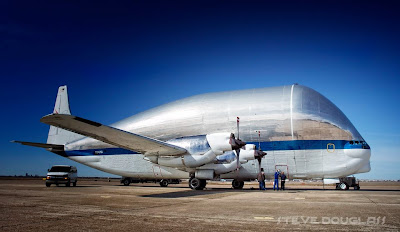 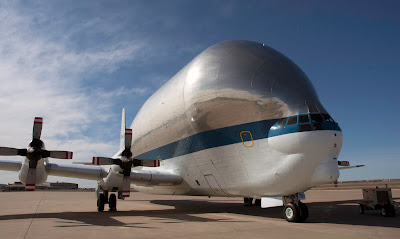 If you were out by Rick Husband/Amarillo International Airport yesterdau - you may have witnessed a strange looking whale of an aircraft landing - Nasa's "Super Guppy."

The unique one of a kind aircraft was making it's last delivery of a V-22 Osprey fuselage to the Amarillo Bell/Textron plant.

This Super Guppy is the latest and last of a long line of Guppy cargo aircraft used by NASA.

Guppy aircraft were used in several past space programs, including Gemini, Apollo, and Skylab, to transport spacecraft components. The first Guppy aircraft was developed in 1962, designed specifically for NASA operations by Aero Spacelines of California.

This was the last trip of the Super Guppy to Amarillo - it will be retired soon. From this point onward V-22 fuselages will be transported by trucks which may be slower but are more fuel efficient.
Posted by Steve Douglass at 7:09 AM No comments: