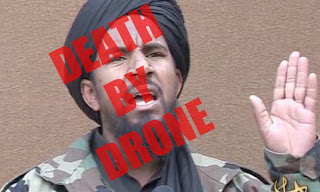 Abu Yahya Al-Libi, a top Al Qaeda operative was killed in a U.S. drone strike Monday, Fox News confirms.
Al-Libi, known as a rock star in the jihadist world with his videos and lectures going viral on the Web, was the intended target of the strike, U.S. officials said.

The strikes have been increasingly unpopular among Pakistanis, but successful in recent years at taking out terrorist leaders.

Pakistan has evidence that Al-Libi was in a house hit by the U.S. drone strike, but it was initially unclear whether he was killed.

“Abu Yahya was among al-Qaeda’s most experienced and versatile leaders," the official said. He "played a critical role in the group’s planning against the West, providing oversight of the external operations efforts.”
U.S. officials originally said they were "optimistic" Al-Libi was among the eight militants reportedly killed in the strike in the tribal region of North Waziristan.They spoke on condition of anonymity because of the classified nature of the drone program.

Militants and residents in the area told Pakistani agents that al-Libi was in the house when it was hit, said intelligence officials, also speaking on condition of anonymity because they were not authorized to talk to the media.
A vehicle used by al-Libi was destroyed during the strike, said one of the officials. Agents intercepted a militant phone call indicating an Arab was killed in the attack, but it was unclear if they were talking about al-Libi, who was born in Libya, said the official.

A local Taliban chief said al-Libi's guard and driver were killed in the strike, but the Al Qaeda commander was not there. Al-Libi did survive a previous strike, said the Taliban chief, speaking on condition of anonymity for fear of being targeted by the Pakistani army.

It was the third strike in three days in Pakistan, with a Taliban leader killed in the first strike. And it was said to be the eighth strike in the last two weeks.

The target zone, Mir Ali, is described by sources as a terrorist haven that is a "crossroads" for the Taliban and Al Qaeda, and the latest strike, according to Pakistani officials, is believed to have killed foreign fighters -- code for Arab members of Al Qaeda or Western recruits.

As for Al-Libi, he made his name in July 2005 when he escaped from this high security U.S. prison in Bagram, Afghanistan, along with three other Al Qaeda members. In keeping with his reputation, Al-Libi made a 54-minute video documenting his capture by the Pakistanis, his handover to U.S. authorities and escape from the prison.
Al-Libi is known as a preacher and scholar who more recently took the second-in-command spot when Egyptian-born Ayman al-Zawahri took charge of Al Qaeda after Usama bin Laden's death. As Al Qaeda's de facto general manager, al-Libi oversaw the group's day-to-day operations in Pakistan's tribal areas and managed outreach to Al Qaeda's regional affiliates.

The State Department's Rewards for Justice program had set a $1 million reward for information leading to the Libyan-born fugitive.

Despite the progress in taking out Al Qaeda leadership, the U.S. drone campaign had been in a holding pattern before the NATO summit in Chicago last month in an effort to mend fences. When Secretary of State Hillary Clinton was unable to reach a deal with the Pakistanis to re-open supply lines for NATO forces, the drone program resumed.
"This is one of the more prominent names" among the targets of drone strikes in Pakistan, which helps bolster the CIA's push to continue the drone program despite the continued political resistance from Pakistan and collateral damage, added former CIA officer Paul Pillar.

FoxNews.com's Catherine Herridge and The Associated Press contributed to this report.
Read more: http://www.foxnews.com/world/2012/06/05/drone-strike-kills-no-2-al-qaeda-leader-in-pakistan/#ixzz1wxCJRz5Q
Posted by Steve Douglass at 1:50 PM No comments: 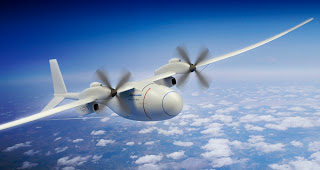 A massive experimental drone designed by Boeing Co. engineers to fly for up to four days at a time completed its first test flight above the Mojave Desert at Edwards Air Force Base.
The drone, called Phantom Eye, and its hydrogen-fueled propulsion system have the potential to vastly expand the reach of military spy craft. The longest that reconnaissance planes can stay in the air now is about 30 hours.
In the test flight, which took place Friday, the Phantom Eye circled above Edwards at about 4,080 feet above Edwards for 28 minutes. After touching down, the vehicle had problems when the landing gear dug into the lake bed and broke.
The Chicago-based company said engineers are assessing the damage but added that they plan on putting the Phantom Eye through more demanding test flights in the future.
With a 150-foot wingspan and an egg-shaped fuselage, the drone was built at Boeing's Phantom Works complex in St. Louis with engineering support from its facilities in Huntington Beach. The drone is designed to spy over vast areas at an altitude of up to 65,000 feet.
"This day ushers in a new era of persistent intelligence, surveillance and reconnaissance where an unmanned aircraft will remain on station for days at a time providing critical information and services," said Phantom Works President Darryl Davis in a statement. "This flight puts Boeing on a path to accomplish another aerospace first — the capability of four days of un-refueled, autonomous flight."
Unlike existing combat drones that are controlled remotely by a human pilot, the Phantom Eye could carry out a mission controlled almost entirely by a computer. A human pilot sitting miles away can design a flight path and sends it on its way, and a computer program guides it to the target and back.
The flight was powered by liquid hydrogen. Boeing says the fuel is a powerful alternative for vehicles that require endurance, and the combustion leaves only water in the atmosphere.
It took Boeing about four years to get the Phantom Eye to the runway, without the promise of a payout. Boeing does not have a contract on the drone; it is developing the craft at its own expense.

Read more at the LATIMES
Posted by Steve Douglass at 6:41 AM No comments: