As Air Force One sat on the tarmac at Los Angeles International Airport this morning, the North American Aerospace Defense Command scrambled two F-16 fighter jets to intercept a small private plane that had invaded the airspace.

The disturbance occurred just minutes before President Obama was scheduled to depart for San Francisco. His plane ultimately took off at 11:40 a.m. PT without incident.

The jets intercepted the general aviation plane – a Cessna 182 – just before 11:30 a.m. PT, according to a statement from NORAD. It was soon forced to land at Long Beach Airport in California and met by local law enforcement officials and the U.S. Secret Service, agency spokesman Brian Leary told ABC News.

Agents interviewed the pilots before they were turned over to the Long Beach Police Department and arrested, an official said.

“We determined the incursion of restricted airspace was of no protective interest,” said Leary.

In other words, there was no intended threat to the president.

But the pilot was in possession of narcotics, the Secret Service said.

One law enforcement source told ABC News the plane was carrying 40 pounds of marijuana. Officials with the Long Beach Police Department did not immediately respond to ABC News’ request to confirm the type or quantity of the drugs.

President Obama landed in San Francisco after an uneventful one-hour flight at 12:40 p.m. PT. He is attending three fundraisers in the city before heading to Seattle on Friday.
Posted by Steve Douglass at 8:05 PM No comments: 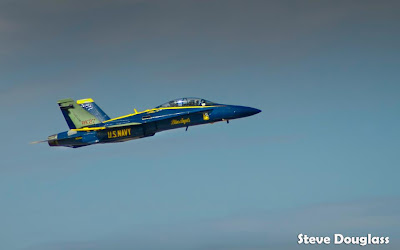 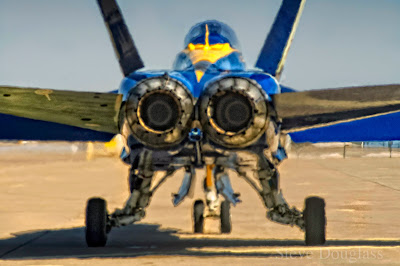 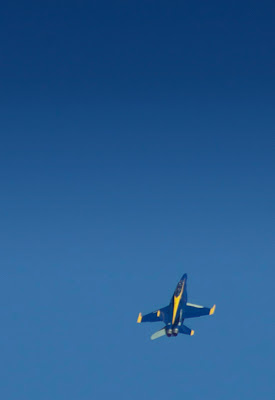 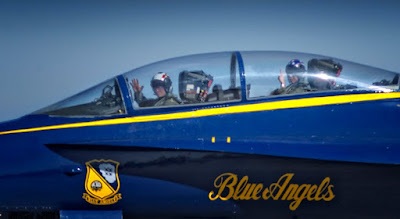 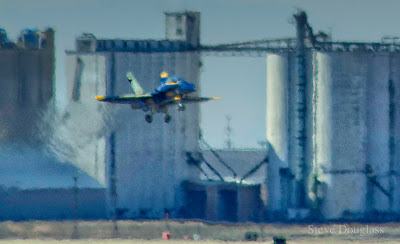 
The two seat Blue Angle Number 7 (sporting an unpainted right tail) stopped to refuel in Amarillo today. I manged to just make it out to Rick Husband and captured it as it departed. I heard the tower say "Blue Angel #7 - you are cleared to make some noise."