US Bombs F-15 wreckage...was it a Silent Eagle? 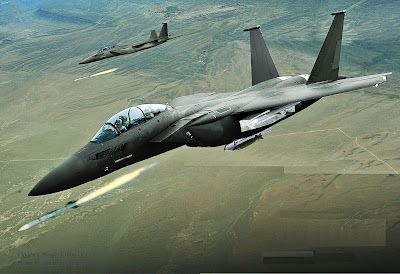 US fighter planes returned to bomb the crash site of the F-15E Strike Eagle that crash-landed Monday night outside the Libyan rebel stronghold of Benghazi, a senior US defense official confirmed Wednesday to FOX News Channel.

Tuesday night's mission was to ensure that none of the sensitive avionics or parts ended up in enemy hands. It was carried out after dark to diminish the chances of civilian casualties, the source said.

The jet, normally stationed at a Royal Air Force base in Lakenheath, eastern England, took off from an Italian air base late Monday. The two men bailed out at approximately 11:30pm local time after encountering "equipment malfunction" over Libya. The pair ejected in separate locations before being safely rescued by American forces. Military officials said there was no suggestion that the aircraft was downed by enemy fire.

The military refused to be drawn on reports that several Libyan villagers were fired upon as a helicopter rescued one of the airmen. Pressed for details, Locklear would neither confirm nor deny that shots were fired.


BLOGGERS NOTE: Speculation to follow: I can't help but wonder if the F-15 that crashed was a new SILENT EAGLE F-15 variant equipped with a stealth retrofit?

This might explain the overall melted look of the skin of the fighter (burned RAM?)and fibers from the split tail indicating it is made of composite materials.

It is interesting to note although the media and and local Libyans have been crawling all over the crash site (in a rebel controlled area) the USAF chose to bomb the remains rather than visit the site to look for clues into why it crashed.

On closer observation - the twin tails do not look as canted as they do on published photos of a Silent Eagle - but it's really difficult to tell just how they were originally canted on an aircraft that smacked into the Libyan desert.

YouTube videos of a Silent eagle internal missile storage test show hardly any cant at all.

What is needed is a detailed analysis by someone (maybe an Eaglekeeper)to see if anything looks out of the ordinary on this downed bird. 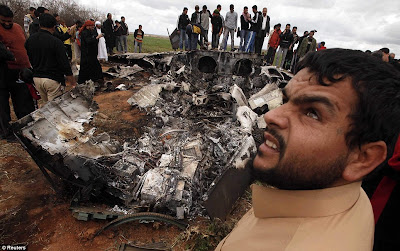 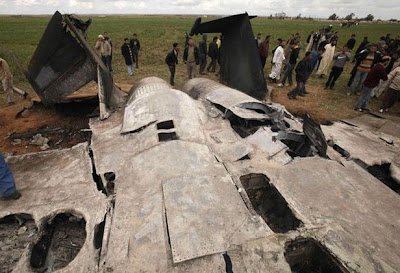 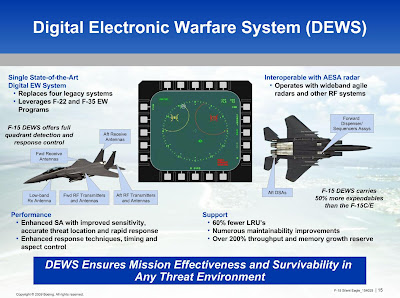 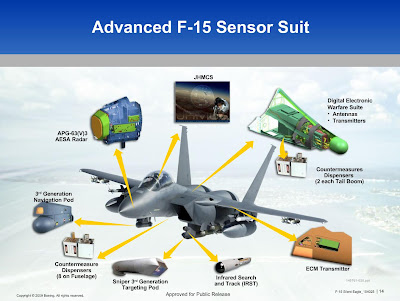 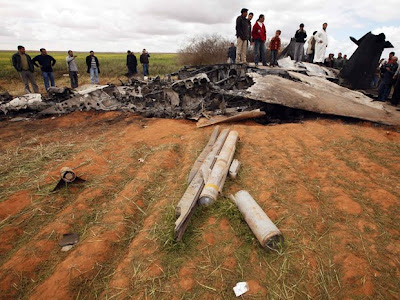 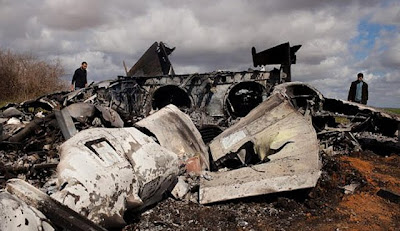 UPDATE: Mystery surrounds F-15 crew
Washington (CNN) -- After the rescue of a pilot and the weapons systems officer in Operation Odyssey Dawn, the military is keeping the names of the two crew members under wraps.

The initial press release about the crash of a U.S. Air Force F-15 in eastern Libya said both members of the air crew ejected from the jet before it crashed. Later reports said they suffered minor injuries in the ejection.

The press release also made clear that "the identities will be released after the next of kin have been notified."

But after repeated requests from CNN for details about their identities and whereabouts, Maj. Beverly Mock, a spokesperson for the Joint Task Force Odyssey Dawn, wrote in an email: "We will not release the names of the aircrew. I realize initially it was said they would be released but because they are being reintegrated and will return to their unit we will not release their names for their safety and privacy."

As for their whereabouts, the U.S. Marine Corps reported the pilot was brought aboard the USS Kearsarge and that he was in the medical facility on the ship.
CNN has learned from military officials that the weapons specialist was brought to Europe, although nobody would say where.

Press officers were less helpful. Mock wrote: "We don't have information on where the aircrew are." 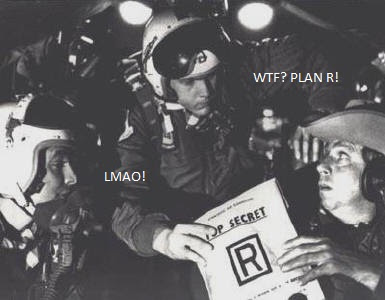 Boeing has designed this text-messaging capability for the B-52 to allow communication via satellites when line-of-site radio communication is not possible.

For most people who exchange brief text messages on their phones and other portable devices, a common communication might be “whats 4 dinner?” or “luv u.” But U.S. Air Force Lt. Steve Adelmund, a flight engineer at Barksdale Air Force Base, La., texted a very different message when an engine on the B-52 bomber he was flying in was shut down unexpectedly.

Adelmund and fellow crew members, part of the 49th Test Squadron, were conducting a test flight last September with Boeing’s new Evolutionary Data Link (EDL). The EDL is a satellite-enabled texting capability that is used when line-of-sight radio communication is unavailable, which often happens on long missions over the Atlantic Ocean. After successfully testing EDL over a remote area in Montana, the generator on the B-52’s number-five engine failed.

"We had just finished final test points and the overheat light came on for generator number five," said Maj. Steve Waldon, the aircraft’s commander. "We tried decoupling the generator from the engine and we weren’t able to verify that it was successful. Our tech order states we must shut down the engine if decoupling is not verified to keep the generator from catching fire."


The engine, which controls all of the hydraulics on the right side of the aircraft, was shut down, leaving the crew with only half of its braking capability and limited steering ability.

“Because the crew was able to send us a text message, we pre-coordinated the emergency landing and were ready for them when they arrived.”
The crew was three-and-a-half hours from its home base and needed to notify its command of the need for an emergency landing. The plane was out of radio range, so the only way to communicate was by text-messaging on the EDL laptop.

The U.S. Air Force plans to buy enough laptop kits to give the entire active B-52 fleet this capability.

"Because the crew was able to send us a text message, we pre-coordinated the emergency landing and were ready for them when they arrived," said Rick Westerfield, a Boeing field service representative stationed at Barksdale.

While a generator failure is not uncommon, it requires that the plane land on a dry runway to maximize the braking performance of the wheels that still have hydraulic braking available.

"To fly back to line-of-sight and then begin communications would have really lengthened our time in the air by an hour before the base could prepare for our landing," said Waldon. "If the runway had been wet, then we would have been diverted to another base. Knowing ahead of time we were not going to be diverted helped us to manage our fuel and have a better game plan."


The crew landed the B-52H safely at Barksdale, experiencing firsthand why warfighters need technology like EDL.

The Air Force currently has 19 EDL kits, which are shared among its 76 B-52s. The Air Force plans to buy enough additional kits from Boeing to equip the entire fleet by the second quarter of 2012.

"Having more kits will allow all B-52 crews to have this capability," said Westerfield. "It will also decrease the workload of maintainers and increase the durability of the equipment because the hardware will no longer be moved from aircraft to aircraft."
Posted by Steve Douglass at 7:30 AM No comments: