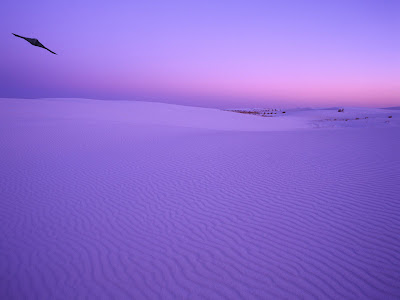 >After a brief ceremony where speeches were made and a band played, the Secretary was ushered over to a reviewing stand.

A Black Hawk helicopter lifted off from the tarmac and disappeared, beginning a low sweep of the mountain ranges to the south.

When Stallion security seemed to be satisfied that there were no prying eyes about, the hangar door slowly opened.


“This has got to be the big unveiling.” Static said.

“Remember everything, every line.” Caysi told.

Suddenly the tip of the aircraft, like the point of a spear, could be seen slowly protruding from the now open hangars. Caysi took a quick glimpse at the assembled crowd of dignitaries and they were all applauding.

And then they could see it.

Caysi looked at Static. He was holding the binoculars so tight that his hands were shaking.

She reached out and steadied them.

“Wow. Pinch me. I have never seen a design so — so perfect.” Static said.

Caysi couldn’t resist and pinched him on the elbow. To her surprise he didn’t react.

“Look how smooth it is. Doesn’t look like something humans could build.”

A very sleek and perfectly-black arrow-shaped aircraft taxied out onto the main runway.

Static studied the lines closely. It looked perfectly seamless, no rivets or joints could be seen, as if it was sculpted from the blackest piece of flat slate.

It was instantly clear this aircraft was light years ahead of the clunky hardware, Static was used to seeing on the ramp at Holloman.

“You seeing this? Can you remember this?” Static asked Caysi.

“How could I not? It’s etched in my mind like granite.”<

BUY IT TODAY ON SMASHWORDS!
Posted by Steve Douglass at 7:11 PM No comments: 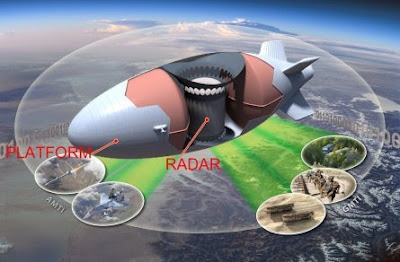 Quantum Fuel Systems Technologies Worldwide, Inc. (Nasdaq: QTWW), today announced that it has been awarded a contract for expanded support of Lockheed Martin’s Space Systems’ development of ISIS (Integrated Sensor is the Structure) airship powered by a Regenerative Fuel Cell (RFC). Quantum will supply critical hydrogen metering systems in conjunction with the hydrogen and oxygen storage systems that it is currently supplying to Lockheed Martin.

The ISIS uses solar rays during daylight hours to generate renewable electricity that electrolyzes water to generate hydrogen and oxygen to run the RFC at night. Quantum has worked closely with Lockheed Martin to develop one of the lightest advanced carbon fiber composite hydrogen storage vessels in the world for this application. Quantum will expand the scope of the program by developing precision fuel metering devices that are compatible with a wide array of environmental conditions.
Posted by Steve Douglass at 2:02 PM No comments:

Seoul, South Korea (CNN) -- Park Sang Hak and his family jammed 150,000 sheets of paper, dollar bills, DVDs and tiny AM/FM radios inside bags attached to giant inflatable helium balloons.
They launched them into the sky where they floated 200 km (124 miles) across the border to North Korea.

The message: Kim Jong Il is lying to you.
Renewed worldwide pressure on Pyongyang has given urgency to North Korean defectors living in Seoul who hope to reach North Koreans.
The balloons are the weapons in breaking Kim Jong Il's spell, say the Fighters for Free North Korea.

The group, made up primarily of North Korean defectors, says if North Korea can't get any messages from the outside world, then outside world must deliver those messages in.
How? The giant helium balloons carrying the garbage bags of propaganda, which can fly 200 kilometers over the border, straight into the heart of Pyongyang.
It's the heart of Kim Jong Il's regime that these defectors hope to strike, by destroying the illusion it has built for its citizens.

"My brothers are still living there," said Kwon Young-Hee, who defected to Korea a decade ago. "I will be happy if they can come after reading these messages. North Koreans know nothing about Kim Jong Il except for his power as general and chief of the country. We want them to know the truth."

In North Korea, all public discourse, from media to education, is controlled by the military regime. A little radio, says North Korean defector Park Sang-hak, is a big weapon.
"I'm sending this off with the hope of reaching my people, who I left behind," said Park, as he watched the balloons lift into the sky heading northward. "If they get these, I hope they will be able to reflect on the true meaning of freedom.

The two Koreas halted decades of propaganda warfare under a 2004 reconciliation deal. But ties have soured in the wake of the sinking of the South Korean warship, the Cheonan, last March. It's reinvigorated the propaganda war among North Korean defectors in the south.
Kim Seong-Min runs Free North Korea Radio, broadcasting from the third floor of a small office building in the outskirts of Seoul. He may be in South Korea, but the audience, he hopes, is North Korea's citizens, listening from illegal radios.

Kim, who fled North Korea a decade ago, says the Cheonan warship sinking should show the international community that negotiations with Pyongyang will never work, and it must try to reach the North Koreans directly.

It worked for me, said Kim, who recalls how he heard a story on an illegal radio in North Korea. "Listening to the stories, I thought maybe this is propaganda from the south," he said. The important part, he said, is that he began to question the unquestionable military regime. Just the question led to him fleeing the North. "I want to see it for myself," he said, referring to the free world.

While the propaganda war is heating up, people in Seoul say the prospect of an actual war feels remote. South Koreans, long used to the heated battle and rhetoric between the nations, are going about their normal lives.

"I don't think war will take place," said Park Kyung-hee, as she shopped with her son in a busy market in downtown Seoul. "Although the Cheonan incident is serious, the country will be safe because we have strong ties with our allies. The north would never invade us."
American Mischa Moreau, who has lived in Seoul for three years, said she doesn't feel any sense of danger. "It does not feel like war. The feeling I get from the Korean people here, it's very easygoing and they go on with their life and I do too. It's very comforting."
Posted by Steve Douglass at 8:58 AM No comments:

Another senior terrorist bites the big one.

Al-Qaida's number three — a co-founder of the terror network — has been killed in Pakistan's border area with Afghanistan, according to a statement attributed to the group that was posted on Islamist websites Monday.

The statement did not say how Egyptian-born Mustafa Abu al-Yazid, who was also known as Sheik Sa'id al-Masri, was killed nor did it identify a successor.

Al-Yazid was al-Qaida's financial director and ran its operations in Afghanistan. It was al-Yazid who shortly before the September 11 attacks transferred several thousand dollars to Mohammed Atta, the leader of the 9/11 hijackers.
Posted by Steve Douglass at 8:50 AM No comments: 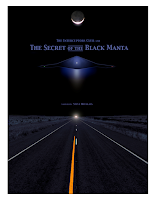 >Pepper listened intently trying to memorize the General’s descriptions for his report to his handlers.

“Existing stealth aircraft, such as the F-117 and B-2 bomber, use conventional flaps for control that can degrade their radar signatures. It was the goal of Project Senior High to create an entire shape-shifting aircraft that can be mold itself into the best non-radar-reflecting shape, and yet still be configurable for any mission we can imagine.”

“You said its’ roots are from a foreign craft?” Pepper asked intrigued.

“Forget I ever said that, son. I said something you weren’t cleared to hear.”

The General continued his description of the program, quick to gloss over his mistake, but it was out there, hanging in the air - impossible to forget.

“To quote the mission specifications, in the long-term our goal was to create a spy and attack aircraft that can physically change it's shape from a small delta shape (perfect for high speed) into a longer less-swept-winged-craft, capable of low-speed loitering, for dropping precision-bombs or for long endurance spy-missions over a target area.”

“Uh huh.” Pepper said seemingly not paying much attention to the General’s description of the program, obviously distracted by the aircraft’s radical looks.

“As a result, the mastering of the ability to morph aircraft structures can heavily influence future aircraft in system performance characteristics, such as, turning radius, endurance, payload, and maximum velocity, among others.”

Pepper walked around Excalibur, taking her in as the General rambled on.

“The goal of the Excalibur is to create and advance enabling technologies and ultimately design, build, and demonstrate a seamless, aerodynamically efficient, aerial vehicle capable of radical shape change."

Pepper thought about what the General was saying for a moment, digesting the importance.

“You understand any of that Adam?”

“In layman’s terms the aircraft is flexible and smart, and can change shape to decrease radar signature and allow it to morph or change itself into many types of flying configurations as dictated by the mis-sion. When it drops it bombs, it can shape itself into a fast moving dart, able to get out of enemy territory much faster than when it came in. It can become a spy plane a bomber or even a fighter at the flick of a switch.”

The General was convinced. “You’ve got it son.”<


BUY THE BOOK TODAY!
Posted by Steve Douglass at 7:18 AM No comments: 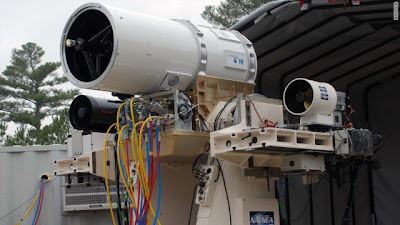 (Wired) -- For years, the U.S. Navy has been pursuing a workable ray gun that could provide a leap ahead in ship self-defenses.

Now, with a series of tests of a system called the Laser Weapon System, or LaWS), it may be one step closer to that goal.
Naval Sea Systems Command (NAVSEA), the service's technology development arm, announced today that LaWS had "successfully tracked, engaged, and destroyed" a drone in flight, during an over-the-water engagement at San Nicholas Island, California.
It's certainly not the first time lasers have shot down an unmanned aerial vehicle -- last year, the

but this test brings an additional bit of realism -- and an extra technical challenge.
Laser beams can lose strength as they move through the moist, salty sea atmosphere above the sea, so the Navy needs directed-energy weapons that can work effectively on ships.

The LaWS is essentially a laser upgrade to the MK 15 Close In Weapon System (CIWS), a.k.a. the Phalanx gun, a radar-guided autocannon that is already installed on Navy surface combatants.
According to NAVSEA, the system tested (shown here) fired a laser through a beam director installed on a tracking mount, which in turn was controlled by a Mk 15 CIWS. That's the basically same system that controls the Phalanx.

It represents a possible next step for the Phalanx system, which is currently limited by the range of its 20mm autocannon (Raytheon, manufacturer of the Phalanx, is also marketing a missile system to replace the gun).

The Phalanx is a last line of defense against sea-skimming anti-ship missiles and hostile aircraft, but the laser wouldn't replace the gun completely.

Theoretically, directed energy weapons would increase the range of the system, but you would still have the gun as a backup if the laser fails to do the job.

LaWS might also have other applications: land-based Phalanx guns have been used to shoot down incoming rockets and mortars in Iraq and Afghanistan, and a laser Phalanx could -- theoretically -- avoid the problem of the "20mm shower" (unexploded rounds falling back to earth).
Posted by Steve Douglass at 6:19 AM No comments: