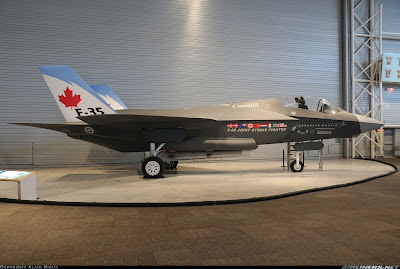 MacKay made the promise to hundreds of people attending a military conference in Ottawa that included a number of defence industry executives.

"We have been clear that we will operate within that budget," he said at the Conference of Defence Associations' annual meeting.

"And we will give our airmen and women the best available aircraft, which I believe is the fifth-generation F-35 Lightning II." MacKay said.

The F-35 stealth fighter program has been dogged by controversy as the manufacturer – Lockheed Martin – and the U.S. Pentagon restructure the program for a third time.

The Conservatives have repeatedly said they will pay US$75 million for each plane, but critics argue that cost is more than likely to double.

Canada is part of a joint effort involving Britain, Norway, Denmark, Holland, Italy, Turkey and Australia to buy the aircraft.

MacKay said the purchase will go ahead despite deep cuts expected in the upcoming federal budget, expected in March.

"We will make sure the Royal Canadian Air Force has the aircraft necessary to do the dangerous and important work that we ask of them," he said.

He also said the government will go ahead with billions of dollars in new spending for military equipment.

MacKay cited recent decisions by the government to commit to a national shipbuilding strategy that will create years of work for shipyards in Halifax and British Columbia as part of the upgrade of the military.
Posted by Steve Douglass at 7:36 AM No comments: