Iran: Meet the new sky spy - that can kill you 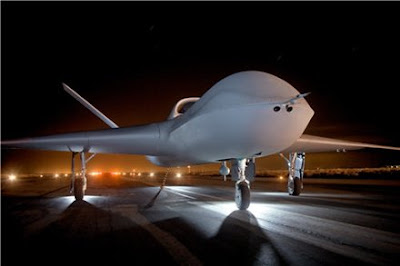 The US Air Force reportedly plans to deploy a new offensive, radar-evading drone in Afghanistan after Iran downed one of its stealth drones, which was in violation of the Islamic Republic's airspace.


The Predator C Avenger is designed to evade detection and carry payloads of the weight of a bunker buster, the international aerospace weekly Flight International reported on its website on December 12.

The US Air Force has ordered a single Predator C Avenger -- produced by General Atomics Aeronautical Systems. Inc. -- for deployment in Afghanistan.

"This aircraft will be used as a test asset and will provide a significantly increased weapons and sensors payload capacity on an aircraft that will be able to fly to targets much more rapidly than the MQ-9 [Reaper] UAS," the US Air Force said in a statement.

Alongside four weapon stations on each wing, the drone has an internal weapons bay, which provides “greater flexibility and will accommodate a large selection of next generation sensor and weapons payloads," it added.

The newest aircraft is jet-powered and particularly characterized by its capability of carrying a total payload of more than 907 kilograms -- almost the weight of a GBU-24 penetrator bunker buster bomb.

Analysts say the fact that Taliban militants have no radars to detect such aircraft robs Washington of excuses to deploy the stealth drone in the war-torn country.

The prospect of the deployment of the highly-capable Predator C comes after Iran successfully brought down a US RQ-170 stealth drone recently as the aircraft was flying over the northeastern Iranian city of Kashmar, some 250 kilometers (156 miles) away from the Afghan border.

MRS/AS/HN
Posted by Steve Douglass at 6:06 AM No comments: