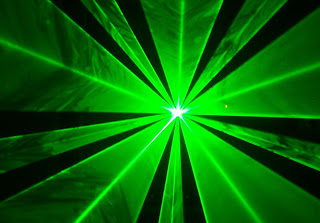 JetBlue Flight 657, an Embraer E-190 (N307JB) flying to New York-JFK from Syracuse when the incident occurred near Islip, NY, about 35 miles east of its destination.
The plane went on to land without incident on JFK’s Runway 22L about 10 minutes later. There were no other injuries reported.
An FAA preliminary incident report described the pilot’s injury as minor but did not expound on details. It was not known if the injured pilot was in command of the aircraft at the time.
A JetBlue spokesperson confirmed to NYCAviation that an incident occurred, but did not have any additional details, saying only that it is “currently a matter of investigation.”
In addition to causing temporary vision impairment which, for obvious reasons, is especially dangerous to a person operating an aircraft, lasers can cause permanent damage to sight, including blind spots in their field of vision.
Pointing a laser at an aircraft became a federal crime in 2011, with violators subject to an $11,000 fine. According to FAA statistics analyzed by LaserPointerSafety.com, 1,519 laser vs. aircraft incidents were reported in 2012 through June 28, which would put the nation on pace for a 2.1 percent increase for the year over 2011.
Laser pointers are also subject to state laws in some cases. A Massachusetts man was sentenced to three years in prison in 2011 for shining a green laser at a Massachusetts State Police helicopter in 2007.
Posted by Steve Douglass at 1:55 PM