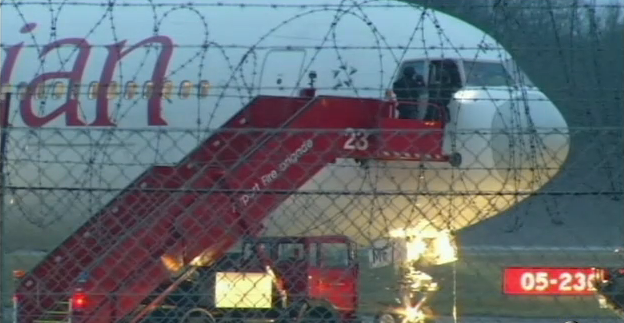 ABC NEWS: An Ethiopian Airlines co-pilot hijacked a plane bound for Rome today and flew it to Switzerland where he wanted to seek asylum, officials said.Geneva Airport chief executive Robert Deillon told reporters that the co-pilot took control of Flight ET702 when the pilot left the cockpit."The pilot went to the toilet and he [the co-pilot] locked himself in the cockpit," Deillon said.


The man "wanted asylum in Switzerland," he said. "That's the motivation of the hijacking."The flight departed Addis Ababa, Ethiopia's capital city, at 12:30 a.m. today local time. The flight was supposed to last for about six hours. The plane circled repeatedly over Switzerland before landing.

The co-pilot alerted authorities to the plane's hijacking, officials added — though passengers on the plane were unaware it had been hijacked. After landing in Geneva, the co-pilot exited the cockpit window using a rope and turned himself in to authorities.
READ THE REST AT ABC NEWS
The Associated Press contributed to this report.

Posted by Steve Douglass at 7:58 AM No comments: